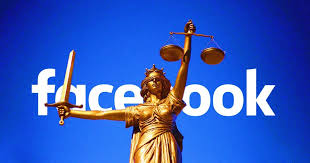 In another landmark judgement that is bound to send shockwaves across major social media platforms, the Court of Justice of the European Union (CJEU) has ruled that Facebook (NASDAQ:FB) must globally remove any content deemed illegal.

The court said in a statement, “EU law does not preclude a host provider like Facebook from being ordered to remove identical and, in certain circumstances, equivalent comments previously declared to be illegal. In addition, EU law does not preclude such an injunction from producing effects worldwide, within the framework of the relevant international law.”

This decision by the EU’s Court of Justice came after the chairwoman of the Austrian Greens Parliamentary party, Eva Glawischnig-Piesczek, petitioned a court in Austria to order Facebook to delete comments she considered defamatory and deleterious to her reputation. The Austrian court, thereafter, sought guidance from the CJEU on the legality of this matter.

Reactions to the verdict

Facebook, unsurprisingly, criticized the ruling by asserting that “it undermines the long-standing principle that one country does not have the right to impose its laws on speech on another country. It also opens the door to obligations being imposed on internet companies to proactively monitor content and then interpret if it is ‘equivalent’ to content that has been found to be illegal.”

This verdict has certainly heightened emotions with denouncements coming from advocates of online freedom of expression but commendations coming from those fighting to curb online bullying. Thomas Hughes of Article 19 – an organization that represents a coalition of free speech proponents – said on the occasion, “Compelling social media platforms like Facebook to automatically remove posts regardless of their context will infringe our right to free speech and restrict the information we see online. This would set a dangerous precedent where the courts of one country can control what internet users in another country can see. This could be open to abuse, particularly by regimes with weak human rights records.” On the other hand, the activists striving to curb online bullying argue that the verdict represents an epic boon for victims of online harassment and hate many of whom lack resources to ensure that the hateful content remains deleted in the post-litigation phase.

The Court of Justice has been considerably active, of late, when it comes to matters pertaining to the digital privacy. However, the court’s judgements have been somewhat conflicting. Just last week, CJEU pronounced in a momentous verdict (read our relevant coverage here) that Google does not have to apply Europe’s “right to be forgotten” law globally and that the company, therefore, need not impose a global de-listing of search results deemed to be “inaccurate, inadequate, irrelevant, or excessive” by EU citizens who invoke this right. The court also ruled last week that EU law does not automatically apply outside the legal jurisdiction of the bloc. However, today the court has effectively enforced a much more geographically expansive interpretation of EU laws. This apparent incongruence has made it harder to gauge the core policy stance of the EU when it comes to matters related to legal jurisdictions and privacy.

Today’s verdict poses profound implications not just for Facebook but also for other major social media platforms including Twitter (NYSE:TWTR) and Snapchat (NYSE:SNAP). It will force these platforms to invest considerable resources in the proactive monitoring of all content in order to ensure that the specific content deemed illegal by the courts is not re-posted. This endeavor will also require these companies to exercise substantial judgement in determining whether a similar content is ‘equivalent’ to the one removed in compliance with court orders. Moreover, any slippage in this regard will result in victims seeking legal remedies and financial damages from these ubiquitous social media platforms, especially, in the light of EU’s General Data Protection Regulation (GDPR) which stipulates a possible fine of up to 4 percent of global revenue or €20 million, whichever is higher, for violations of the regulation. In the second quarter of 2019, Facebook earned $16.89 billion in revenue. On the other hand, Twitter reported $841 million while Snap earned $388 million in revenue for the same period. However, when one adds to the mix substantial compliance costs associated with today’s judgement, a statistically significant margin compression for all these companies is inevitable.

Update: Facebook's response to our query

We reached out to Facebook for comment on this development and received the following statement from the company's spokesperson:

“This judgement raises critical questions around freedom of expression and the role that internet companies should play in monitoring, interpreting and removing speech that might be illegal in any particular country. At Facebook, we already have Community Standards which outline what people can and cannot share on our platform, and we have a process in place to restrict content if and when it violates local laws. This ruling goes much further. It undermines the long-standing principle that one country does not have the right to impose its laws on speech on another country. It also opens the door to obligations being imposed on internet companies to proactively monitor content and then interpret if it is “equivalent” to content that has been found to be illegal. In order to get this right national courts will have to set out very clear definitions on what ''identical” and ''equivalent” means in practice. We hope the courts take a proportionate and measured approach, to avoid having a chilling effect on freedom of expression.”