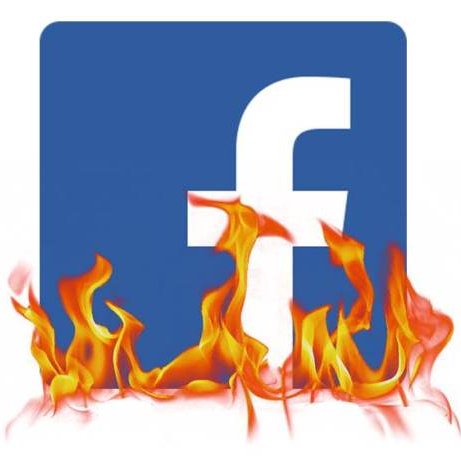 Facebook (NASDAQ:FB) has now started to feel the heat from its announcement yesterday that disclosed a slump in advertisement revenue. As a case in point, the investment banking company Cowen Inc. (NASDAQ:COWN) has slashed the price target for Facebook’s stock from $240 to $215 while maintaining an ‘outperform’ rating for the social media titan.

As per Cowen's investment note, the U.S. advertisement market will decline by 11 percent this year as the economic slump precipitated by expanding quarantines and shutdowns amid the coronavirus pandemic continues to worsen. Bear in mind that this 11 percent decline contrasts sharply with the 7 percent growth that the industry experienced in 2019. Nonetheless, Cowen noted that Facebook’s current attractive valuation provides sufficient grounds for maintaining the overall ‘outperform’ rating for the stock.

As a refresher, Facebook revealed on the 24th of March that its advertisement business continues to weaken in countries that are taking the most aggressive actions to curtail the spread of the coronavirus.

In an encouraging development, the company noted that total messaging on its platforms has increased by 50 percent over the past month in the hardest-hit regions with voice and video calling volumes on WhatsApp and Messenger having “more than doubled” during the period. Facebook cited Italy as the prime example of this phenomenon, noting in a press release that:

“We’ve seen up to 70% more time spent across our apps since the crisis arrived in the country.”

“….[Italy has seen] messaging increase over 50% and time in group calling (calls with three or more participants) increase by over 1,000% during the last month.”

Finally, the company stated that Instagram and Facebook Live views in Italy recorded a 100 percent growth on a weekly basis.

"Much of the increased traffic is happening on our messaging services, but we’ve also seen more people using our feed and stories products to get updates from their family and friends ... We don’t monetize many of the services where we’re seeing increased engagement, and we’ve seen a weakening in our ads business in countries taking aggressive actions to reduce the spread of COVID-19."

Facebook’s admission of a substantial decline in ad revenue essentially echoes that of Twitter (NYSE:TWTR). On Monday, Twitter retracted its guidance for the first quarter of 2020 due to a marked slowdown in ad revenue amid the coronavirus pandemic. Even though the company reported healthy growth in its active users, it expects to record a GAAP operating loss for the first fiscal quarter.

These developments are hardly surprising given that a plethora of companies have slashed their marketing budgets in order to curtail expenses in the midst of an aggravating economic slump. Some companies are also hesitant to advertise alongside discussions on the coronavirus – a perennial topic on social media these days – due to the fear of having their brand associated with the pandemic.

Facebook’s stock has declined by 21.57 percent year to date (based on Tuesday’s closing price). For comparison, the NASDAQ Composite has recorded a loss of 17.33 percent in the same time period. As of 09:01 a.m. ET, the stock is down by $1.48 or 0.92 percent in the pre-market trading session.