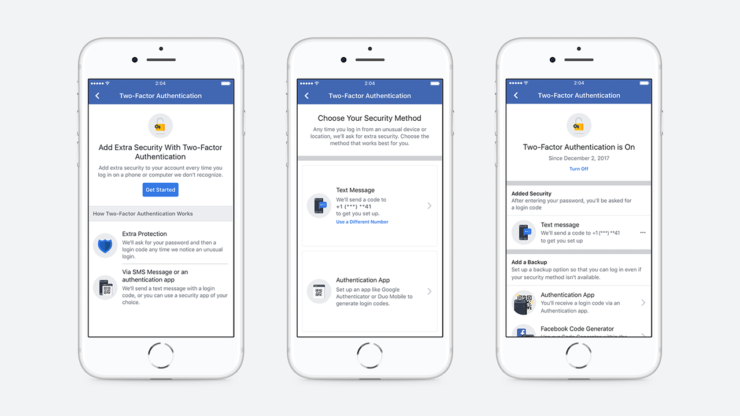 Today seems to be the day of two-factor authentication. Following Mozilla announcing 2FA for Firefox accounts, Facebook has announced making some changes to its system. The modified process allows Facebook users to set up 2FA without having to register a phone number with the company.

In a Facebook post, the social networking giant said that it has improved two-factor authentication in two ways:

Facebook users needed their phone number to activate two-factor authentication on the platform. However, you can now use authenticator apps like Duo Security and Google Authenticator to improve your account security without having to use your phone number.

In the past year or so, a number of critics have focused on how using a phone number for two factor authentication is a bad security practice being promoted by tech companies since there are widely known and exploited flaws in the Signaling System Seven (SS7).

In today's post, Facebook also said that the setup process has been streamlined, making it a lot easier for users to enable 2FA. "We continue to encourage enabling two-factor authentication to add an extra layer of protection to your Facebook account," the company wrote. They help users to improve their account security and prevent account lock-outs.

You can turn on two-factor authentication via facebook.com/settings > Security and Login.