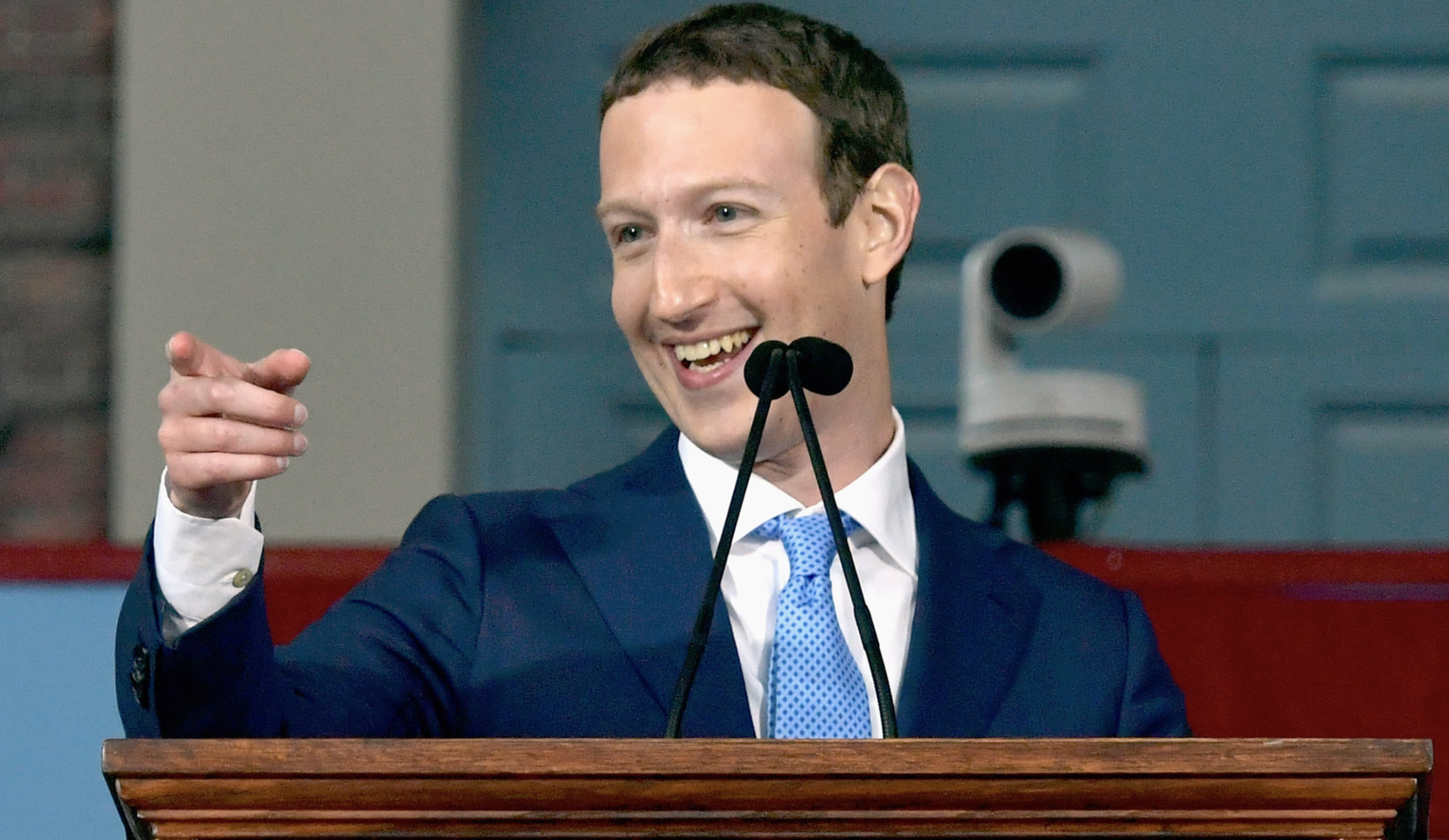 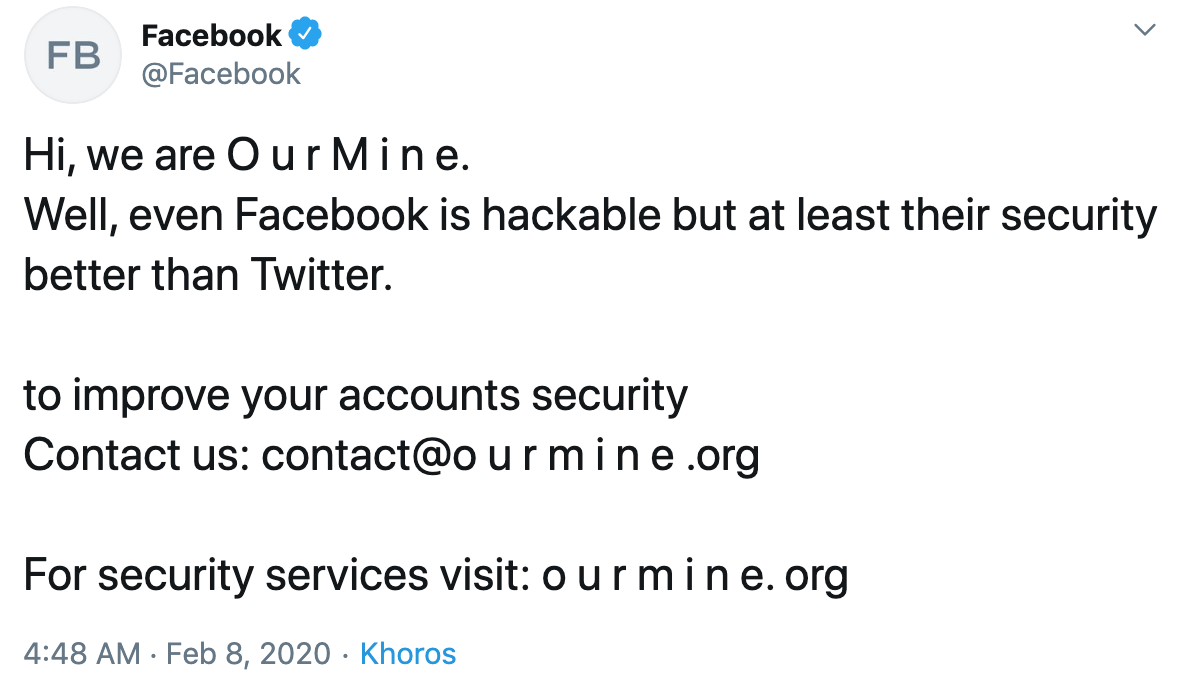 This tweet has been sent out and deleted about 3 times by now, which could mean that Facebook is trying to get back control. You can see the drama unfolding over at Facebook's Twitter handle.

An investigation into the group back in 2016 had suggested that it was the brainchild of a "soccer-obsessed high-school student." OurMine has successfully managed to take over several celebrity accounts, including Facebook CEO Mark Zuckerberg's Twitter account.

Other victims have included Twitter chief Jack Dorsey, Sundar Pichai, BuzzFeed, and HBO. Most of these attacks happened on or before 2017 until last month when the group took over the social media accounts of almost half of the teams in the National Football League along with the official NFL account.

Following the NFL attacks, someone emailed NBC News saying that OurMine stopped its work in 2017 "due to some issues," but is now back.

In a tweet, the social networking giant wrote that some of its social account were briefly hacked. Facebook added that it has now secured these accounts.