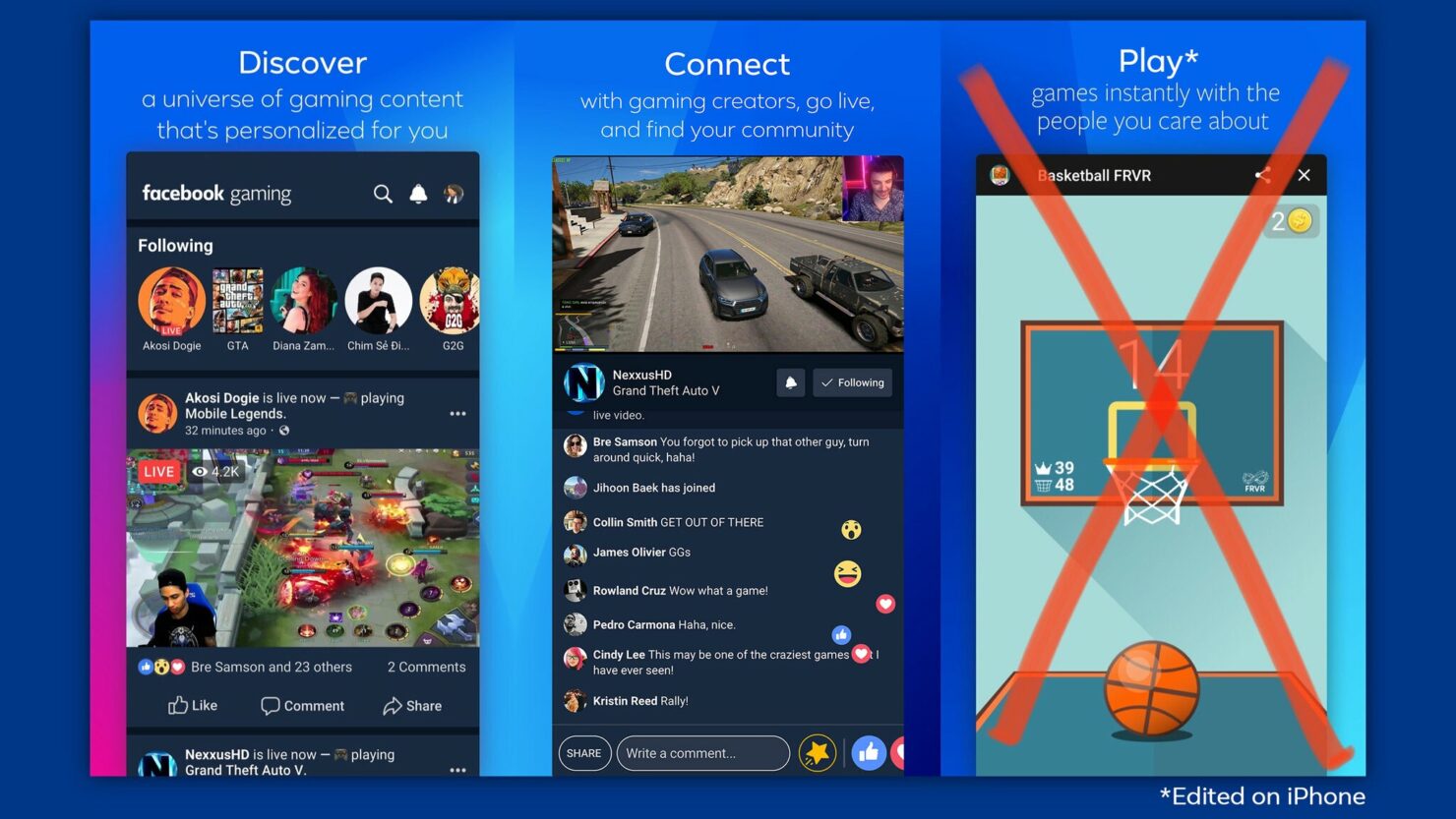 Facebook Gaming has finally launched on Apple's App Store without the ability to play games, something which it supports on Android. The app was stuck in limbo as Apple would not approve it because it went against their policies which does not allow Facebook Gaming to run mini-games within the app. Facebook had to disable instant games in the app while keeping its feature to allow users to discover and watch gaming streams in the app, similar to Twitch.

In a statement to The Verge, Facebook's COO Sheryl Sandberg said:

“Unfortunately, we had to remove gameplay functionality entirely in order to get Apple’s approval on the standalone Facebook Gaming app — meaning iOS users have an inferior experience to those using Android. We’re staying focused on building communities for the more than 380 million people who play games on Facebook every month — whether Apple allows it in a standalone app or not.”

As per App Store Review Guideline 4.7, Apple does not allow apps to distribute games.

Apps may contain or run code that is not embedded in the binary (e.g. HTML5-based games, bots, etc.), as long as code distribution isn’t the main purpose of the app, the code is not offered in a store or store-like interface, and provided that the software (1) is free or purchased using in-app purchase; ...

For Apple, games are expected to be published as stand-alone games in the App Store, whether they are free or paid. Any app or game, that tries to replace the App Store's functionality to distribute games is rejected by Apple.

Facebook spent many months trying to convince Apple to allow the game for iPhone and iPad without modifications, going so far to share stats that 95% of Facebook Gaming users on Android use the app for watching video streams. But Apple did not budge.

Apple is already in the news for not allowing popular cloud game streaming services such as xCloud, Stadia, and GeForce Now in the App Store, claiming that they cannot review each game individually. However, Apple's reason makes no sense as services like Netflix and Spotify stream content just fine, without requiring reviews for each content item. It should also be noted that all the games that are being streamed by xCloud or Stadia are already rated by ESRB ratings, so Apple does not really need to review them in detail.

It has been a few rough weeks for Apple's App Store, starting with 'Hey' email app and recently, the antitrust hearing before the Congress. Somehow, Apple refuses to modernize its policies to work with current requirements. Whether Apple likes it or not, cloud gaming services are the future and the company could easily make the changes and earn back the goodwill that it's losing out on.