Face ID for Macs Could Soon Become a Reality, as Apple Finally Granted Patent Filed Back in 2017 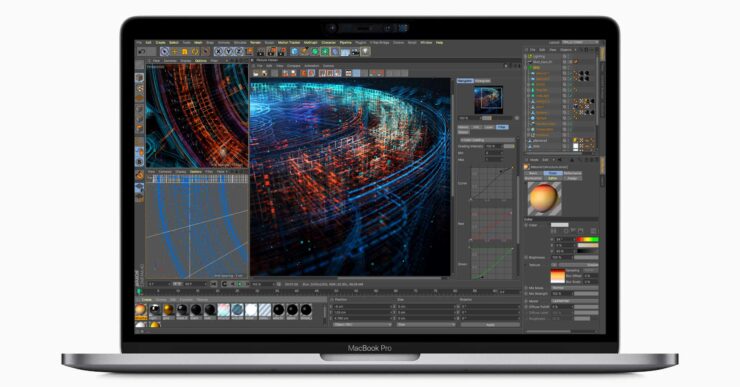 Face ID made its debut back in 2017, slowly showing up in the iPad Pro lineup in 2018. What about Face ID for Macs? Well, that’s a future Apple will most certainly be aiming to achieve and according to a new patent filing, the time to get facial recognition for Apple’s desktop and notebook range might be approaching. To remind you, Apple filed for a patent for Face ID for its Macs back in 2017, even before it made its way to the iPhone X. However, since iPhones and iPads are usually in-line to get these features first, it probably made sense for Apple to do the same for Face ID.

Apple has now been granted a patent for a more advanced version of Face ID. Firstly, quite like the iPhones and iPads, the system will authenticate users but additionally, it will also act proactively to determine if a human being is in close proximity when the device is in the sleep mode and if that is the case, it will decide whether the person in question is the owner of the device. If the answer is in affirmative, the Mac will be unlocked, or else it will remain in its reduced power state.

The intelligent system will also prevent Macs from going into the sleep mode if the user is conducting a non-input based activity such as reading a news story or listening to some audio. Usually, it’s quite irksome for users to wake the machine again after it detects no activity for a predetermined amount of time, even if the user is in fact actively viewing or listening to some content.

Of course, there is also a possibility that this more advanced version of Face ID will also be introduced on iPhones and iPads in the near future. However, since not all patents become a reality, we will have to wait and find out if Macs will actually get Face ID anytime soon. Hardware-wise, Face ID for Macs makes total sense as the notebooks already have a front-facing camera and they also have the T2 security chip which will keep the data secure.

Also since Apple introduced Touch ID then gravitated to Face ID, the company’s current Touch ID-touting notebook might get upgraded to Face ID in the future. Does that sound like something that would make you upgrade to a future Mac? Let us know down in the comments.