Microsoft released their Fable Legends DX12 benchmark to the press last week, and we've reported on the results published by major tech sites. 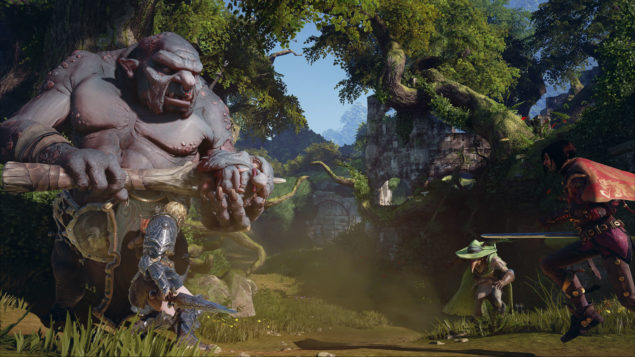 At the time, we weren't aware of the availability of this benchmark, otherwise we would have promptly published our own article just like we did with Ashes of the Singularity. However, this week we reached out to Microsoft PR and they were kind enough to provide access to the Fable Legends DX12 benchmark, which means that today we're publishing our own results; we know that we're late to the party, but there's a silver lining: our data accounts for the latest AMD beta driver optimized for the game.

Before we begin, it is worth reminding how this benchmark is quite different from Ashes of the Singularity's. In this case, we can't gauge the performance boost provided by DirectX 12 in any way since DirectX 11 can't even be enabled. Fable Legends will be a Windows 10 exclusive on PC and as such, it's going to be the first DirectX 12-only game. What we can do, however, is to compare different components (mostly GPUs) and configurations to see how they perform in this Fable Legends DX12 benchmark (which is not based on the final version of the game, obviously).

If you consistently read these pages, you have probably followed the controversy following NVIDIA's mixed results with Ashes of the Singularity and the debate regarding Async Compute when applied to Maxwell architecture. That said, Ashes of the Singularity is a peculiar game in that it displays a very high amount of units on screen and thus benefits greatly from the CPU overhead reduction under DirectX 12.

Fable Legends is an entirely different beast. It's an action RPG made with Unreal Engine 4, and Lionhead Studios had very different goals when developing it; here's what the review guide mentioned.

Lionhead Studios has made several additions to the engine to implement advanced visual effects, and has made use of several new DirectX 12 features, such as Async Compute, manual Resource Barrier tracking, and explicit memory management to help the game achieve the best possible performance.

We asked some additional details on the DX12 features implemented, and you can find Lionhead's answers here. There's also another very relevant statement provided by the developer to PCPer that I'd like to quote:

One of the key benefits of DirectX 12 is that it provides benefits to a wide variety of games constructed in different ways. Games such as Ashes were designed to showcase extremely high numbers of objects on the screen (and correspondingly exceedingly high draw calls). These are highly CPU bound and receive large FPS improvement from the massive reduction in CPU overhead and multi-threading, especially in the most demanding parts of the scene and with high-end hardware.

Fable Legends pushes the envelope of what is possible in graphics rendering. It is also particularly representative of most modern AAA titles in that performance typically scales with the power of the GPU. The CPU overhead in these games is typically less of a factor, and, because the rendering in the benchmark is multithreaded, it should scale reasonably well with the number of cores available. On a decent CPU with 4-8 cores @ ~3.5GHz, we expect you to be GPU-bound even on a high-end GPU.

Let's take a look at how this translates in our tests. Here's the main configuration: 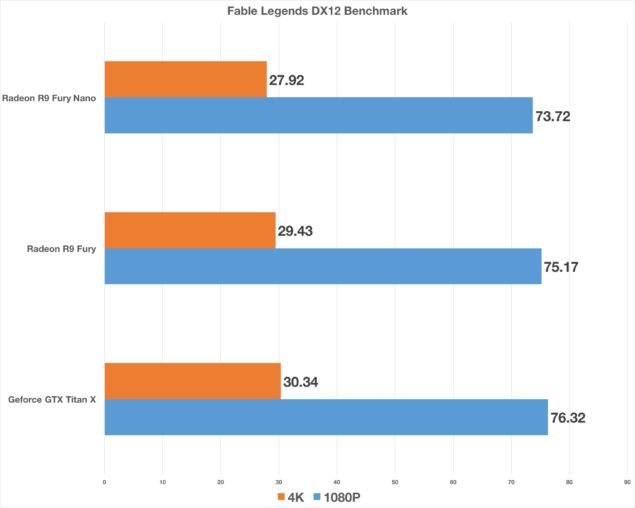 With the latest AMD Catalyst 15.9 beta driver, the Titan X is slightly ahead of the R9 Fury. It has an advantage of 1.15 average FPS or +1.52% when running at 1080P resolution; at 4K, the advantage is 0.91 average FPS or +3.09%. The Fury Nano performs as well as expected, staying close to its big brother and still providing a playable frame rate at 4K resolution.

We've also tried the Fable Legends DX12 benchmark on other systems owned by our staff. While we couldn't swap components here for logistical reasons, we thought we'd still provide these results in the interest of gamers with similar configurations.

This configuration performed incredibly well, even surpassing the GTX Titan X score. For the record, neither the i7 3770 CPU or GTX 980Ti GPU (Palit Super JetStream) have been overclocked at all.

You can check the GPU timings below. The combined score is average FPS*100. 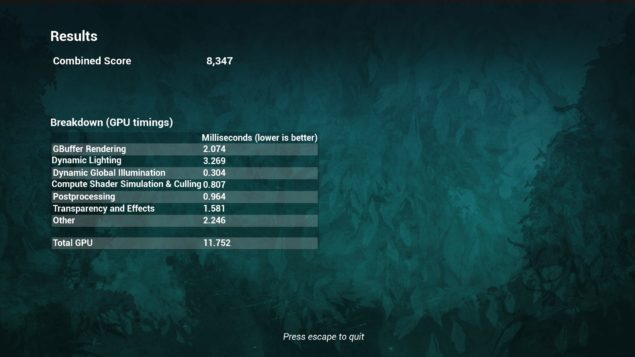 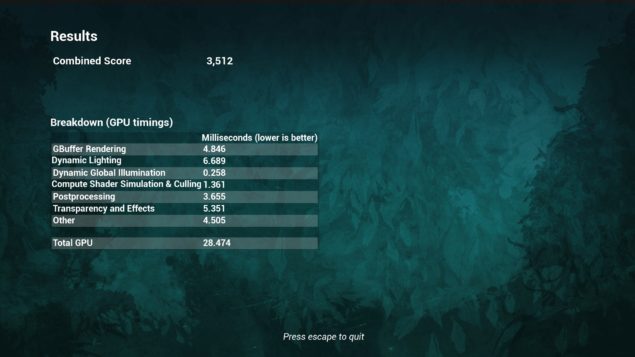 Even this cheaper configuration gets nice results at 1080P@Ultra. Once again, this system has not been overclocked. 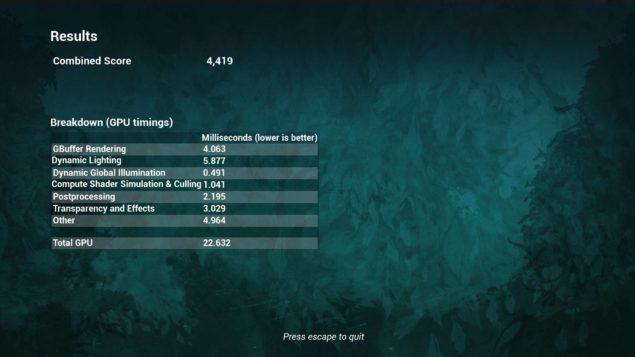 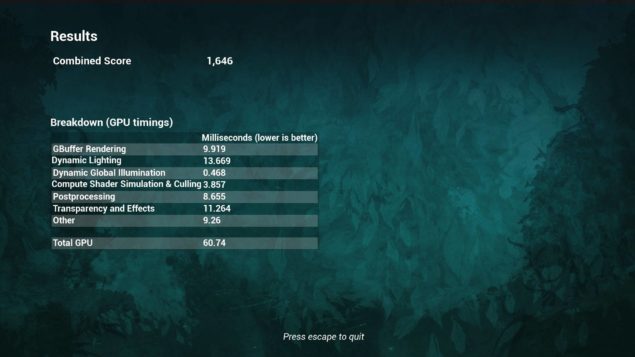 NVIDIA was confident that the alpha benchmark of Ashes of the Singularity wasn't representative of general performance under DirectX 12, and now we can easily understand why. As pointed out by Lionhead, most modern games are far heavier on the GPU and reducing CPU overhead, while still undoubtedly a benefit, will be less important in these cases.

In our tests with the Fable Legends DX12 benchmark, the overall performance results are similar to what we've seen under DirectX 11 so far from these cards. NVIDIA performed strongly - even the lowly GTX 770 delivered almost 45 average FPS at 1080P and Ultra settings.

Still, let me add a personal opinion on the validity of this benchmark. Fable Legends looks fantastic and having similar frame rates once the game ships would be great, however the benchmark does not involve combat situations at all. It's likely that we would get different results and a lower average frame rate with many player and non-player characters on screen using their abilities at once, which is why it will be interesting to benchmark live gameplay once the game is released to see the difference.

Special thanks to our own Jeff Williams for his data contribution to this article.