In case you missed out on this huge, bitter news yesterday; Microsoft officially killed the long-in-development title Fable Legends by halting development work on the game, and is now “in discussions” to shut down the Fable developer Lionhead Studios. At the time of its cancellation, the free-to-play co-op role playing game was undergoing closed beta testing phase, which according to the latest announcement, will remain open to participants for a few more weeks before officially shutting down on April 13 at 3:00 p.m. GMT. 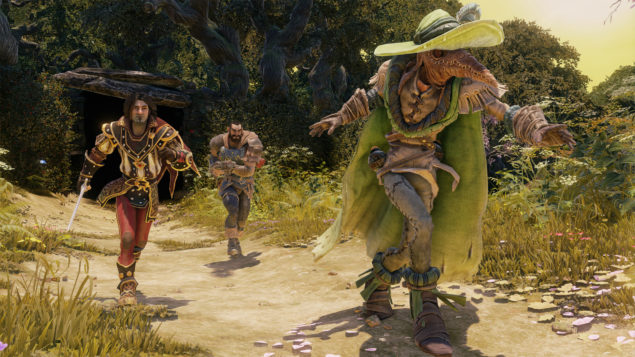 Following Microsoft’s announcement regarding the cancellation of Fable Legends, Lionhead Studios has published a detailed post on its forums, discussing the proposed closure of the studio and revealing when exactly the game will cease to be available. If you already have access to the closed beta, you can continue to play the game for a few more weeks before the plug is officially pulled on 15:00 GMT on Wednesday, April 13. No new players will be added to the beta during this time.

Additionally, from here on out, no player will be able to purchase Gold from Fable Legends’ in-game bank. The studio has promised that those who have already spent real-world currency to purchase Gold, but haven’t spent it in game will receive full refund. Players who are found eligible for a refund will be provided further information in the form of an email within the next 7 days.

Fable Legends was in development exclusively for PC and Xbox One console. The game was originally meant to make it to the market last year through an open beta, but as a result of the feedback that was received from closed beta testers, the open beta was pushed to a spring 2016 release. Fable Legends is not that only game that got canned recently. Project Knoxville was also cancelled, and Press Play Studios, the developer responsible for the game, has been officially closed down. As for Lionhead Studios, Microsoft hasn't made a clear statement about its closure.

You can read the official press release about the big changes for Microsoft’s European studios here. Keep checking back here for more coverage on the topic.