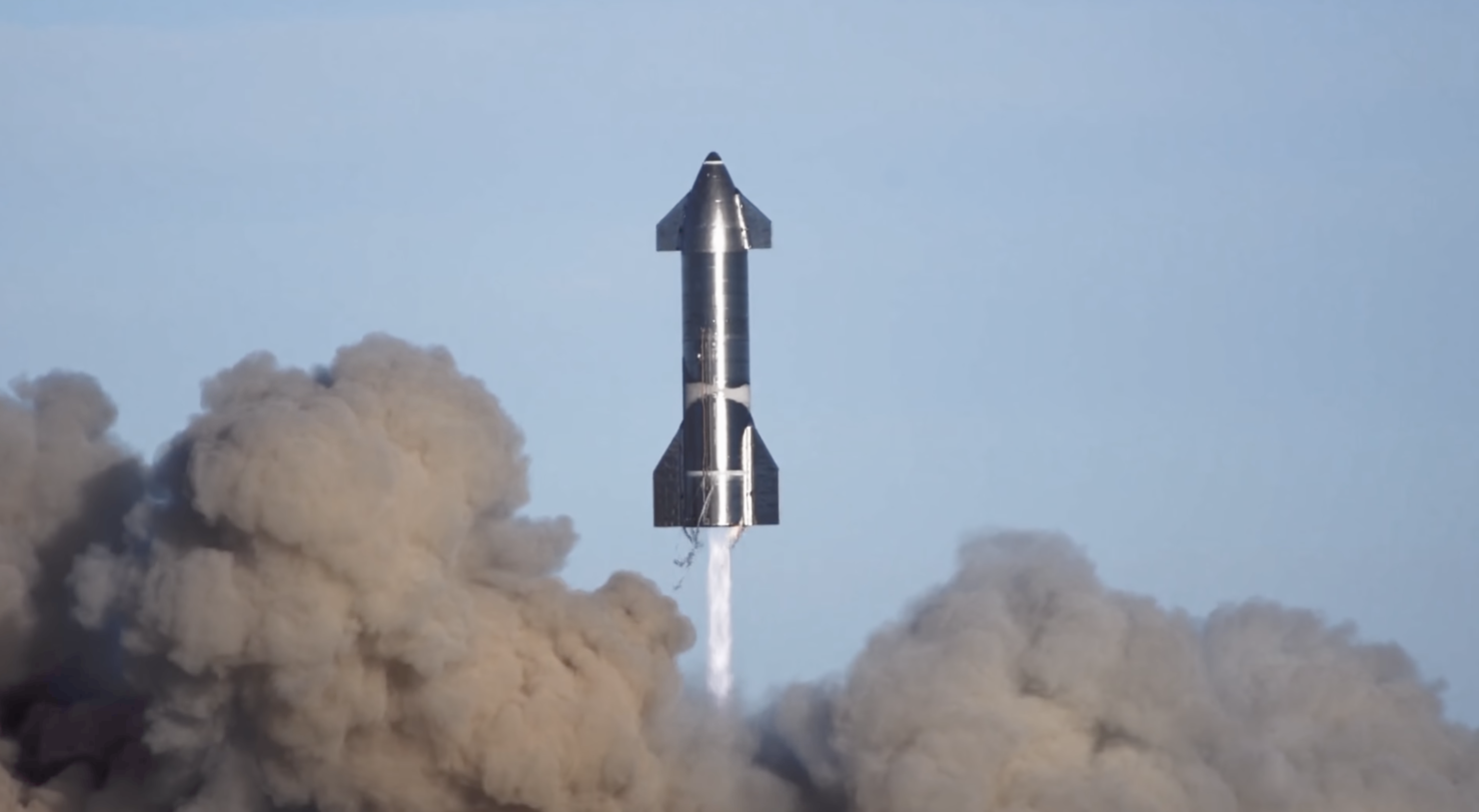 SpaceX's Starship SN8 upper stage spacecraft prototype takes to the skies during a high-altitude flight test in December 2020. Starship is powered SpaceX's Raptor staged-combustion, full-flow rocket engine that uses Methane for its fuel. The company is busy acquiring right to extract this fuel in Texas on wells located in close proximity to its facilities. Image: SpaceX/YouTube

The Federal Aviation Agency (FAA) has released a scoping summary report for Space Exploration Technologies Corp.'s (SpaceX) plans to conduct launch vehicle (rocket) operations from the company's facilities in Boca Chica, Texas. SpaceX and the FAA are currently working together for an Environmental Assessment (EA) for the site due to SpaceX changing its decision to operate its Starship next-generation interplanetary launch platform in the area instead of the currently operational Falcon 9 and Falcon Heavy launch vehicles.

Issue Scoping for the Boca Chica site kicked off in December last year when the FAA announced that it was soliciting input from stakeholders across-the-board to narrow down the list of concerns that it and SpaceX would have to concern themselves with as part of the Boca Chica Starship/Super Heavy Environmental Assessment.

The period ended in January this year and roughly two months after its expiration, the agency has narrowed down a list of concerns and benefits from the new launch site provided by the general public, government agencies and non-governmental organizations (NGOs).

During this period, the FAA received 321 comments for its assessment, out of which 122 were provided by agencies and NGOs. The FAA shared these details through a document that it has made available on its website. 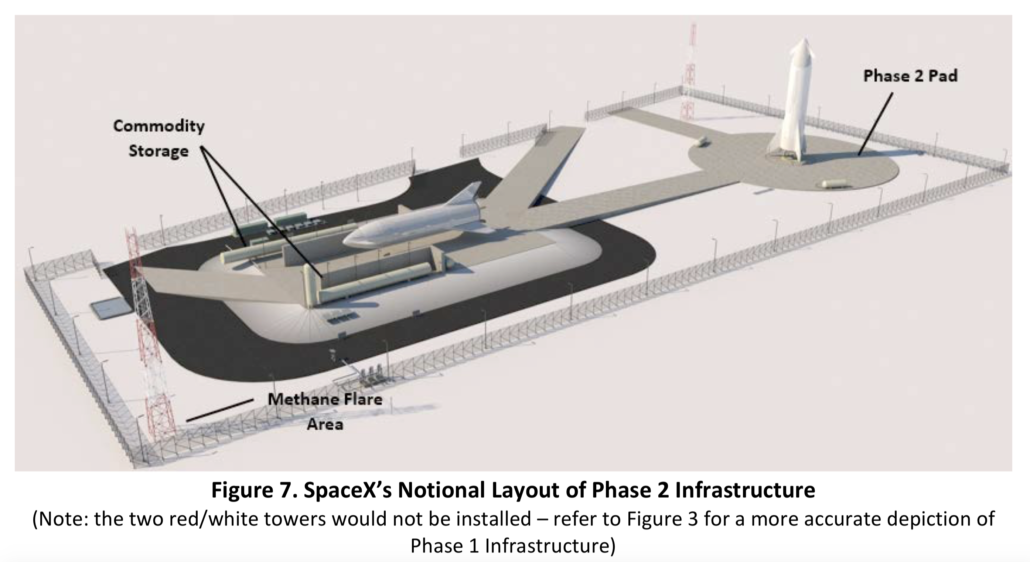 SpaceX's plans for laying out the ground Infrastructure for the second phase of Starship development. Image: WRITTEN RE-EVALUATION OF THE 2014 FINAL ENVIRONMENTAL IMPACT STATEMENT FOR THE SPACEX TEXAS LAUNCH SITE (May 21, 2019)/Federal Aviation Agency

Concerns raised by commentators included the impact of Starship operations on protected animal and plant species and their habitats, impacts on low-income residents, impacts on culturally sensitive land and whether an Environmental Impact Statement (EIS) would be a more appropriate course of action as compared to an EA.

An EIS is a statement issued by the FAA when it determines that the environmental impacts of a launch project will be significant to warrant a detailed look. It has already issued an EIS for the Boca Chica site in 2014 - one which evaluated the impact of the Falcon 9 and Falcon Heavy operations on the surrounding area.

Other concerns raised cover beach and road closures, the safety of operations due to Methane facilities present on-site and environmental degradation resulting from Starship launch and tests. Starship's Raptor full-flow staged-combustion engine uses Methane, a greenhouse gas, as its primary fuel, which raises concerns about increasing the gas's levels in the environment.

SpaceX's original plans for the Boca Chica site involving the Falcon rockets envisaged as many as 12 launches a year for a total of 180 hours of road and beach closure. With Starship, the company plans as many if not more in order to bring down per-kilogram payload launch costs to efficiently capitalize the rocket and make interplanetary launches worthwhile.

Benefits that the commenters highlighted which were shared by the FAA include positive impacts to the local economy, innovation in space transportation, job creation and advantages of a reusable rocket. As opposed to the Falcons, which only reuse their first-stage rocket booster, SpaceX plans to reuse both the first stage and the upper-stage spacecraft/payload fairing for Starship - a move which will drastically reduce operating costs since it will not have to manufacture new upper stage for each launch as it does with the Falcon 9 and Falcon Heavy.