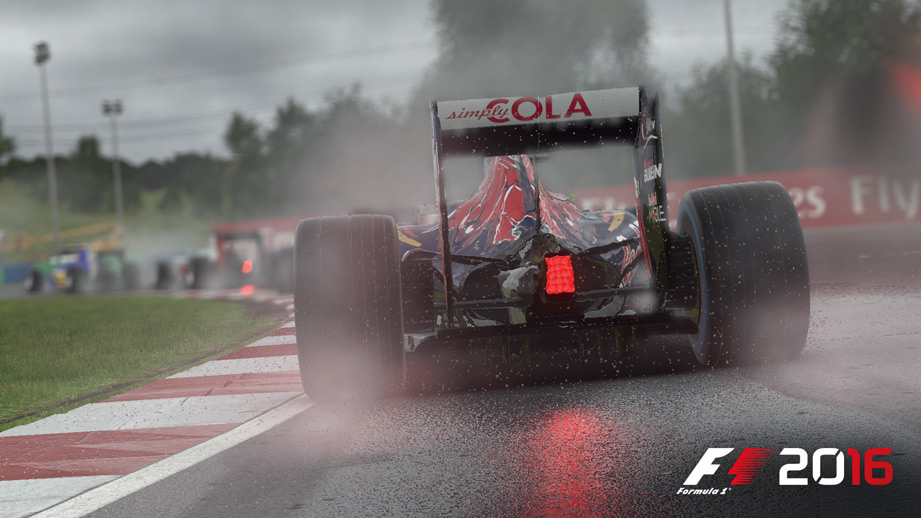 A few months ago, Codemasters acquired Evolution Studios to form a "UK racing Powerhouse". While their new project still needs to be revealed, Codemasters is pushing hard on its core franchises like F1 2016, due on August 19 for PC, PlayStation 4 and Xbox One.

The game will feature for the first time the so-called Multiplayer Championship, a game mode that allows up to 22 players to compete against each other over the course of a season. The new mode allows players to race as teammates or to battle it out as different teams as well as offering great possibilities for league play.

We were able to get a brief Q&A with Principal Game Designer Lee Mather to shed some light on the most exciting new features of this year's edition. Enjoy!

Undoubtedly the biggest feature is the new Career Mode. This is the most in-depth career we have ever had in one of our F1 games, stretching up to ten seasons.

You start by selecting the in-game avatar and the race number that will follow you throughout your career as well as the team you want to begin with. The higher ranked team you choose, the higher their expectations will be.

By working with your Research and Development Engineer and completing development tasks over the race weekends, you can improve the car in a way that suits your style. It’s then up to you whether you want to develop your chosen team into a Championship challenger over a number of years or whether you work with your Agent to negotiate moves between the teams to eventually end up at the pinnacle of the sport.

How do you think having a full grid of human players will change the feeling of multiplayer?

Racing against human players offers a different dimension to the game. Everyone reacts in different ways to different situations and putting pressure on an opponent feels more tangible when it’s a friend. Obviously this also works very well for league play. Everyone wants to race with a full grid of human players and I am delighted we can provide that.

The overall theme for this year's edition seems to be about bringing it closer to the real sport. Does that mean the game is closer to a racing simulation, a bit like DiRT Rally, than past editions?

We certainly have more elements from the real work sport such as the Safety Car, Virtual Safety Car, Formation Lap, manual starts and manual pit lane entry. All of these aspects add to the tension of the race and enhance the overall experience. If a player chooses to, they can now have far more control which adds to the immersion and experience.

For example, you will want to warm your tires on the Formation Lap and but then you have the drama of the race starts. You have to balance the revs and release the clutch as the lights go out to get off to the best possible start but get this wrong and you could be left on the line as the anti-stall kicks in or go too soon and you will get a penalty. It adds a lot.

In the features blog post, "new physics that would really allow to emulate the sport" was mentioned. Can you expand on what's this about?

Obviously the feel of the car is the most important thing in a racing game and we work tirelessly to get this to feel as good as we possibly can. Handling-wise we felt that we were coming from a good place following last year’s game but we wanted to take it on further. In order to do this, we have reinvestigated the tire model and the track surfaces, giving more prominence to the curbs and generally improving the way the car reacts with the road surface making it as authentic as possible.

With HTC Vive & Oculus Rift already out and PlayStation VR due in three months, there's never been a stronger interest in VR from game developers. Given that many VR titles are racing games, I'm curious to learn if you have considered supporting VR for F1 2016 and if so, for which platforms.

We don’t have anything to announce on that front I am afraid.