Codemasters has released the launch trailer for F1 2015, the official videogame of the 2015 FIA FORMULA ONE WORLD CHAMPIONSHIP, which released July 10th 2015. Although some users reported several issues with the game. 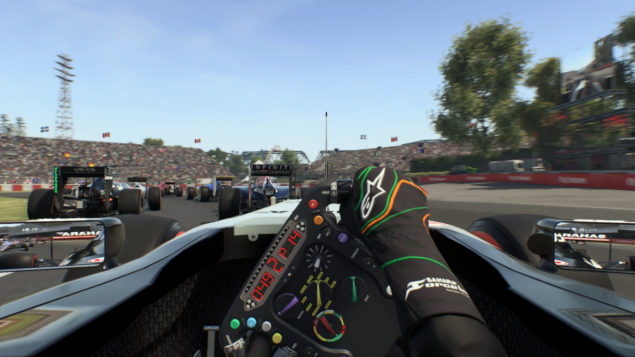 Over at the PC Master Race sub-Reddit, they warn users not to buy the game:

“[…] let this serve as a warning if anyone was considering purchasing it.

The game is buggy as hell and yet another poor PC port.

From constant crashing, to serious framerate errors and non pc optimised graphics. This game is far from complete or ready for launch."

“CM F1 games have been disappointing since 2012, the only reason i bought this is because of how much i enjoy watching this sport and I wasn’t hoping for much when I bought it but F1 2015 has stooped to a new low.

“I’m really hoping the reviews will be so negative that CM will lose the rights to F1, we could use some decent devs to create a playable F1 game.“

“I am going to keep the game, there is a solid base to be built on, hopefully CM patch it quick.

”This seems to be a rushed PC port. I am giving thumbs down until these issues have been resolved.
Can’t say I would recommend the game, but my experience is definitely not as bad as others.“

Users who never usally do reviews opted to write something about the game, like users andyc6362 who submitted his very first review for a Steam game detailing:

“I have never felt the need to provide a game review before but this game is special. Crashes constantly. Button assignments change randomly. Stuck in menus endlessly. This is the worst case of a completely non-functional release I have ever seen. Throttle revs but the car won’t move. Did somebody leave the parking brake on?”

“Its moments like this you realise that PC doesn’t matter to developers. While the console versions ships with few issues, the PC version is just broken for some people which to me says that the game just wasn’t tested enough… if at all since the issues are huge.”

The bad user reviews are not limited to Steam however, as the same trend holds true over at Metacritic as well.

Codemasters were quick to respond though as Codemaster’s Community Manager wrote on Reddit:

“Hey everyone, just wanted to hop in and say we’re aware of a lot of the issues users are facing at the moment and the team are working on getting a lot of these bugs squashed as fast as possible.

As always we really do appreciate your feedback and patience with us while we get these sorted.”

Yesterday Codemasters released a day-one patch for F1 2015, which will be auto-downloaded, as soon as you run the game.

You can view the complete changelog below:

We will bring you any new information on the subject as soon as it becomes available.