It seems to be a good week for overclocking this week. Overclocking enthusiasts seem to be in the mood with new records being set every day. This time, their target has been the AMD Radeon R9 290X. Slovenian enthusiast Moonman has set new records for the card in HWBOT Unique Heaven with a score of 5504.9 points on the DX11 extreme profile. This translates into the global rank of 1 out of 1000 for single core GPUs and a rank of 1 out of 82 for the R9 290X. 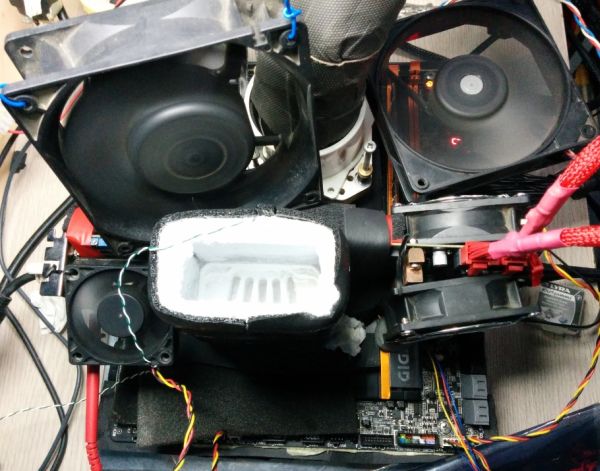 Record achieved on the R9 290X by using liquid nitrogen to cool the 'guinea' on the core. Temperature lowered to -140 Celsius.

The card was overclocked by Moonman to achieve frequencies of 1540/7400 MHz. This was made possible by employing liquid nitrogen and  to cool the GPU and also by modifying the power subsystem on the video card. The use of liquid nitrogen allowed to achieve a load temperature of -140 degree Celsius and ambient temperature of of 22 degree Celsius. The thermal compound used was the Gelid GC-Extreme to boost overall thermal conductivity. The processor used by Moonman was the Core i5-4670 K. This was also overclocked to 5723 MHz. This was made possible by using the cascade system of phase transition. An interesting point here is the memory used by the enthusiast. The memory employed was single chanel 4096 MB DDR3 (SDRAM) with a clock speed of 1/305 MHz and it was on this single channel RAM that the overclocked frequencies were achieved. Moonman himself explained that in order to boot the system and increase overall stability single channel memory had to be used.

Coming towards the power consumption values of the GPU, the power series was the SuperNova G2. The GPU Voltage was increased to 1.51 Volts. In addition, Video Memory Voltage achieved was 1.85 Volts. The ASIC used had a percentage value of 76.4 %. The enthusiast hopes to squeeze more out of the components by further modification of the power subsystem. We wonder what more can he achieve from these components and further improve what is already a very strong run.