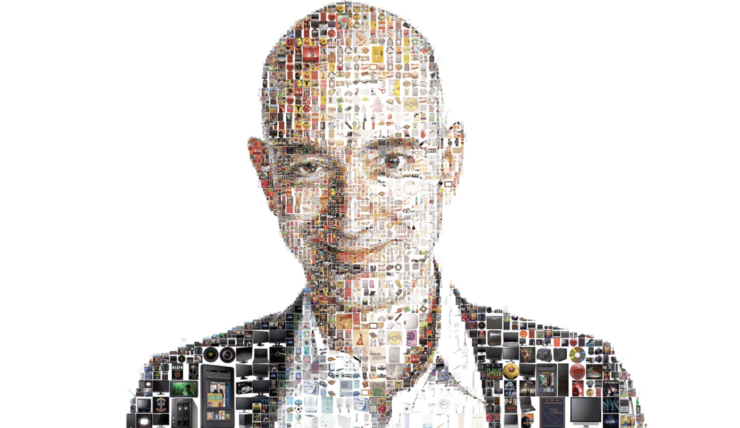 Amazon Chief Executive Officer Mr. Jeff Bezos as a sum of some of the products sold on his marketplace; Tsevis Visual Design

Amazon is nothing short of iconic. The etail behemoth owns nearly 50% of the e-commerce market share in the United States and not only acts as a platform for millions of vendors but sells products directly as well. Unfortunately, however, our sources tell us that over most of the last decade, Amazon's actions have inadvertently exposed thousands of small businesses to uncollected tax liability that, in some cases, is larger than all profits made since inception. Furthermore, this exposure was first triggered in a deal that would save Amazon billions in tax subsidies.

We spoke to a highly impacted small business in the PC and hardware space, which had been recently contacted by the state revenue department of Wisconsin with a request for information regarding all sales from 2015 to 2019. This particular business dealt in high value, low margin products of the DIY PC/laptops variety that it sourced from OEMs and simply resold on Amazon - a  very common business model. Since the items in question are usually high value but need to be sold very competitively, this typically results in a large amount of revenue with very narrow margins.

The conversation, and our investigation (conducted on a best-efforts basis and limited by the resources available at our disposal), is as follows. Nothing is presented as the gospel truth for you to believe and I am sure my betters will pick up the baton. Amazon was contacted for a right of reply twice and was given ample time to reply or request additional time.

Since the 10/1/2018 Wayfair SCOTUS decision, 45 states have a sales tax and are given the legal authority to pursue tax from out of state vendors retroactively. The State of Wisconsin happens to be one of the more active ones.

In 2013, Amazon entered an agreement with the State of Wisconsin to start paying-forward sales tax collected on products it sold. In the same deal, all tax due before 2013 by Amazon was forgiven, while tax subsidies for building fulfillment centers were also provided. This is all public knowledge of course but what may not be as public is the fact that in the same deal, Amazon inadvertently triggered tax exposure for all of its marketplace sellers. It is worth noting that this exposure was against uncollected tax since the tax had never been passed down to the consumer by these businesses. Even more surprisingly Amazon did not immediately set up tax calculation, facilitation, and remittance for its marketplace sellers after it made the deal in 2013.

In the case of Wisconsin, Amazon first set up this facility for marketplace sellers on 1st January 2020 - roughly 7 years since it first exposed small businesses. The start of this facility for every other state is given here and ranges between 2018 to 2020.

Most small businesses on Amazon do not have the resources to calculate and file taxes with all 45 states considering the complexity and volume of the calculations involved. For example. some states are destination-based like California. These require tax to be calculated based on the origin and destination address of each shipment and the number of different localities requiring payment just in California alone is around 100. All in all, I am told that there are approximately 1000 localities that are involved in such a tax calculation and each requires individual payments.

To make matters worse, these small businesses were also never notified of any responsibility to pay and remit tax to these states by Amazon. While Congress is working to provide relief to small businesses, the ensuing tax liability (typically from 2014 to end-of-2019) of small Amazon sellers are now putting them at risk of losing their livelihood as states come knocking for their rightful due.

We also learned that Wisconsin subpoenaed Amazon in 2017 for its sales record and all marketplace sellers over the economic nexus of $100,000 in the state were contacted by the revenue department.

In this case, Amazon marketplace sellers had exposure from 2014 to 2019 for all Wisconsin sales equal to the 5% tax rate (which was never collected) times all their sales in Wisconsin plus 10% penalty and interest (applied on the tax due).

Since the businesses on Amazon sell products and pay various fees and shipping, margins are often times very small and overall profitability is usually much lower than the state sales tax rates. Normally, this cost would have been passed on to the consumer and would not impact profitability, but since this did not happen, it will have to come out of the capital of these small businesses. These will also, usually, not have the resources to negotiate a better tax deal/erasure as Amazon did for itself. It's also worth noting that many businesses (including the one we talked to) are no longer over the economic nexus of $100,000 as of 2020.

While it is completely normal for states to pursue sales tax from out of state businesses large and small the Amazon factor and the fact that the sales tax will wipe out profits for at least a few years has made it hard for many to continue operations. Add this to the fact that the US is experiencing an economic slowdown due to the COVID-19 crisis and the timing couldn't be any worse.

Congressman Jim Sensenbrenner (WI-05) has led a bipartisan effort to ease online sales tax collections from states against vulnerable out of state small businesses. The Online Sales Simplicity and Small Business Relief Act was introduced in March of 2019. This bipartisan legislation would ensure that states cannot require remote online sellers to collect sales tax retroactively on transactions made before January 1, 2019. It would also relieve small online businesses from sales tax collection obligations on transactions made in another state. Unfortunately, the bill has been unable to get a vote despite being reintroduced in July of 2019 by U.S. Senator Jeanne Shaheen (D-NH), a senior member of the Senate Small Business & Entrepreneurship Committee.

Amazon created the exposure for sellers when they got WI and other states to provide them tax subsidy in return for creating jobs and collecting and remitting tax in those new states. To this end, our source opined that "Amazon could have easily set up tax facilitation for their marketplace sellers then from the get-go but they didn't."

As it stands, a small business (on Amazon) just barely scraping by can be contacted from any one of 45 states that wish to pursue retroactive collections of tax.  When this happens, it costs them the little capital they have and makes it harder for them to survive against large e-commerce stores that have the resources to make agreements to avoid/restructure retroactive tax collection.