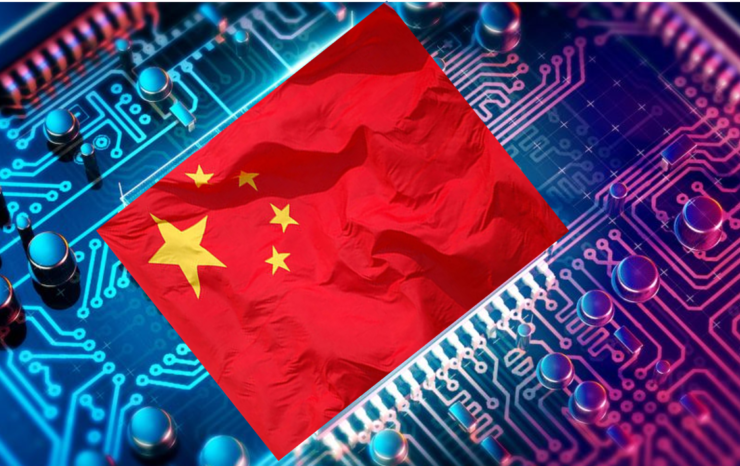 We’ve been covering China, the Chinese economy, Chinese technology and the trade war with the US for quite a while here at the Wccftech Finance section, but much of what we write is coloured by both a Western viewpoint as well as an understanding of Western financial markets and tech companies. We were recently approached to work with Du Xiaoman, a Chinese fintech company and spinoff from Baidu (NASDAQ:BIDU), the Chinese search and artificial intelligence behemoth to look at bringing an understanding of the Chinese fintech marketplace to our Western readers. It’s an interesting topic but not an easy one to venture into given that Chinese firms are understandably reticent to get involved in discussions which touch upon trade war subjects, additionally, being unable to directly conduct a traditional interview given language barriers has also made this a slightly longer process than normal.

Even so, I think there is value in bringing this topic to a (predominantly) Western audience. A little over a year ago Usman and I wrote an exclusive piece examining the potential for decoupling the West from China with a particular focus on the technology industry which has geared up so much of its manufacturing expertise in the country. In that piece, we explored the last few decades of Chinese economic history and how this has emerged into a more developed player on the world stage. A lot of what occurs economically with China isn’t right, Western companies are right to complain that the degree of forced intellectual property transfer and theft which takes place in companies which wish to exploit the huge Chinese consumer base goes beyond what should be acceptable, but at the same time, the drive for quarterly profits means that major Western companies such as Apple (NASDAQ:AAPL), AMD (NASDAQ:AMD) and others have probably exposed more of their businesses than they would naturally feel comfortable with to China and Chinese companies.

Tesla (NASDAQ:TSLA) recently made waves being one of the first major Western companies which has been able to open up the Chinese market and now a factory without working with a local partner. Beyond this, the Chinese economy has been growing like mad (although is reportedly slowing in recent times given how opaque much of the reporting which comes out of China is) and there have been long held concerns regarding the possibility of a Chinese debt black hole (something I first wrote about 3 years ago) which was used by the government to fuel economic growth and expansion in recent times.

Against this backdrop then, we have a country which is still relatively closed from a financial perspective, but has been slowly opening up. Reports of a US – China trade deal will hopefully go some way to allowing Western firms to compete more in the financial services space within China. Additionally, if China did indeed drive economic growth via irresponsible lending practices, there are major concerns that a long running trade war with the US will expose those cracks in the Chinese economy and possibly push the country into recession. As much as President Trump would probably like to see China pay for some of its perceived historical improper trade practices, he is also on the clock to keep the market hitting new highs as it has done throughout much of 2019. Economic growth in the US is significantly tied to the wellbeing of the global economy at large and given that China is the number 2 economy in the world, any implosion there would be problematic for his re-election bid in 2020.

From Baidu Finance to Du Xiaoman

Much of the fintech world is centred on bringing banking and payments services to those without much access to them and this seems to be the sphere which Du Xiaoman operates within. Originally Baidu Finance, the company split and went it alone in 2018 and according to a KPMG report last year, it’s one of the top 3 fintech firms in China and top 4 in the world. Partnering with predominantly Chinese banks, it has facilitated consumer loans of over 500 billion Yuan ($71 billion), a staggering amount for a non-bank. Additionally, it continues to work with Baidu to facilitate the inclusion of AI into the traditional banking sector in China.

Wccftech: Du Xiaoman is one of the largest fintech firms in China in the area of consumer finance, however we in the West have very little knowledge of it. Do you have any intentions to expand outside of China or broaden your product offering given you also have a license to sell funds into more institutional/investment banking type operations?

Du Xiaoman: We don’t have any plans to move outside of our chosen areas now but it’s a possibility in the future. We’re very focussed on consumer oriented finance and facilitating our banking colleagues in China with how they can pursue strategic, big data risk controls rather than the efficiency first perspective. Our partnership with the Agricultural Bank of China (ABC) is geared towards this as well as a digital first experience for users to enable banking via mobile devices rather than traditional brick and mortar branches.

W: How about stock trading, is this widespread in China on the consumer level?

DX: Stock trading is somewhat widespread in China with the number of investors being over 140 million in mid-2018, with over 99% of those investors being individuals. Among Chinese natural person investors, almost 80% of their main income is from salary and labour remuneration, with over 90% of those people earning less than $71,000 a year.

W: There have been many concerns in the West that China has funded its growth through dangerous and unsustainable amounts of lending, similar to the US in the run up to the sub-prime financial crisis. What are your thoughts on this?

DX: In recent years, the pressure on non-performing loans in the banking sector has increased. According to data from PWC, the non-performing rate of commercial credit cards among joint stock banks has risen significantly from 1.2% in 2018 to 1.35% in the first half of 2019. The asset quality risks of urban and rural commercial banks continue to be exposed, with the non-performing rate rising from 1.36% in the first half of 2018 to 1.66%, and the overdue rate rising from 2.42% in the first half of 2018 to 2.63%. In the field of Internet finance, with the rapid development, certain risks have also been gathered. In the field of P2P online loans, according to third-party data, by August 2019, the number of platforms involved in suspension and problems had reached 5,914, and the balance of loans involved had reached $30.61 billion.

Because of this, Du Xiaoman Finance believes that Fintech should sum up experience from years of practice and return to the essence of finance. Resolve risk issues first, then efficiency issues. 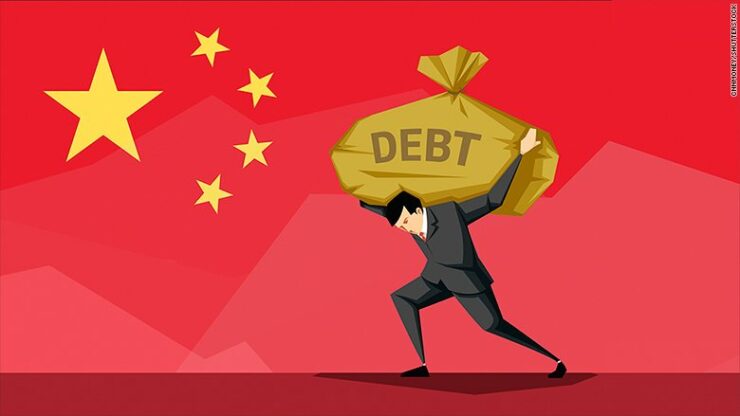 DX: Since the beginning of this year, the Chinese government has introduced several regulatory policies around consumer protection such as: strengthening the interest rate control, emphasizing the data application in compliance, and standardize the collection management. These policies will promote finance returning to the nature of serving the real economy and strengthen the risk management and control, which will promote the long-term stable development of finance.

W: Your website talks about the Meteorite intelligent collection platform which seems to do risk modelling for credit scoring and expected risk adjustments for loan users. Does this mean there is demand in China for broader user profiling on the basis of credit risk beyond what we in the west view as the traditional "credit score"?

DX: In developed countries such as the United States, the credit system started early and matured. China's credit reporting system started late. The current number of natural persons covered by the central bank (People's Bank of China) credit record is 990 million, and nearly half of them have no credit record. This put forward higher requirements for the use of technology for risk identification and risk management.

Although the team at Du Xiaoman was happy to answer several of my questions, it was also relatively telling what they wouldn’t answer. That much said, a few things have emerged to me through the Q&A process with them and from some of the answers above.

It is clear that there is a consensus approach (likely broadly between both industry and government) to ensure that the credit system is more robust than it is today. This is probably due to a combination of under/non-performing loans as well as a desire to build a system which is genuinely rewarding innovators rather than just anyone with an idea that knows someone at a bank/state owned entity with funding responsibilities.

Additionally, it is also at least implied that the big data problem is something which is being heavily invested in from an artificial intelligence/machine learning perspective in China. Given what we know about the level of data which China is content to hold on its citizens, this probably makes sense as a way to move forward with what Du Xiaoman refers to as the traditional role of finance to focus on risks first rather than efficiency. Risk modelling is important in all financial services industries but it would appear that there is concern around the risk modelling of peer to peer lending startups. Du Xiaoman is working hard to ensure that it is generating a higher quality of consumer that is capable of repaying the loans they take out.

The regulatory landscape in China is also somewhat opaque and has a way to go to reach Western levels of transparency and rigour with regards to whether the system is fit for purpose and immune from manipulation. Much of the global economic landscape depends on both the US and China. As China seeks to cement its status as a world leader with its Belt and Road Initiative, developing nations may find themselves bound closely to the Chinese financial system and its data collection heavy metrics. This isn’t to say that the Western financial system isn’t also heavy on this but the suspicions of Western organisations around the legal framework of doing business in China and the amounts of data that corporations hold which they wish not to expose to governments is an important consideration.