As part of our recent series of interviews with TAITO development staff, we had the pleasure of exchanging emails with Yuichi Toyama, the director of both Darius Cozmic Collection as well as Space Invaders Invincible Collection. In this interview, we explore the development choices for the upcoming Darius Cozmic Revelation collection as well as a bit of Taito's history as told by someone that's been developing games for over three decades, starting with being one of the programmers on 1988's Herzog. 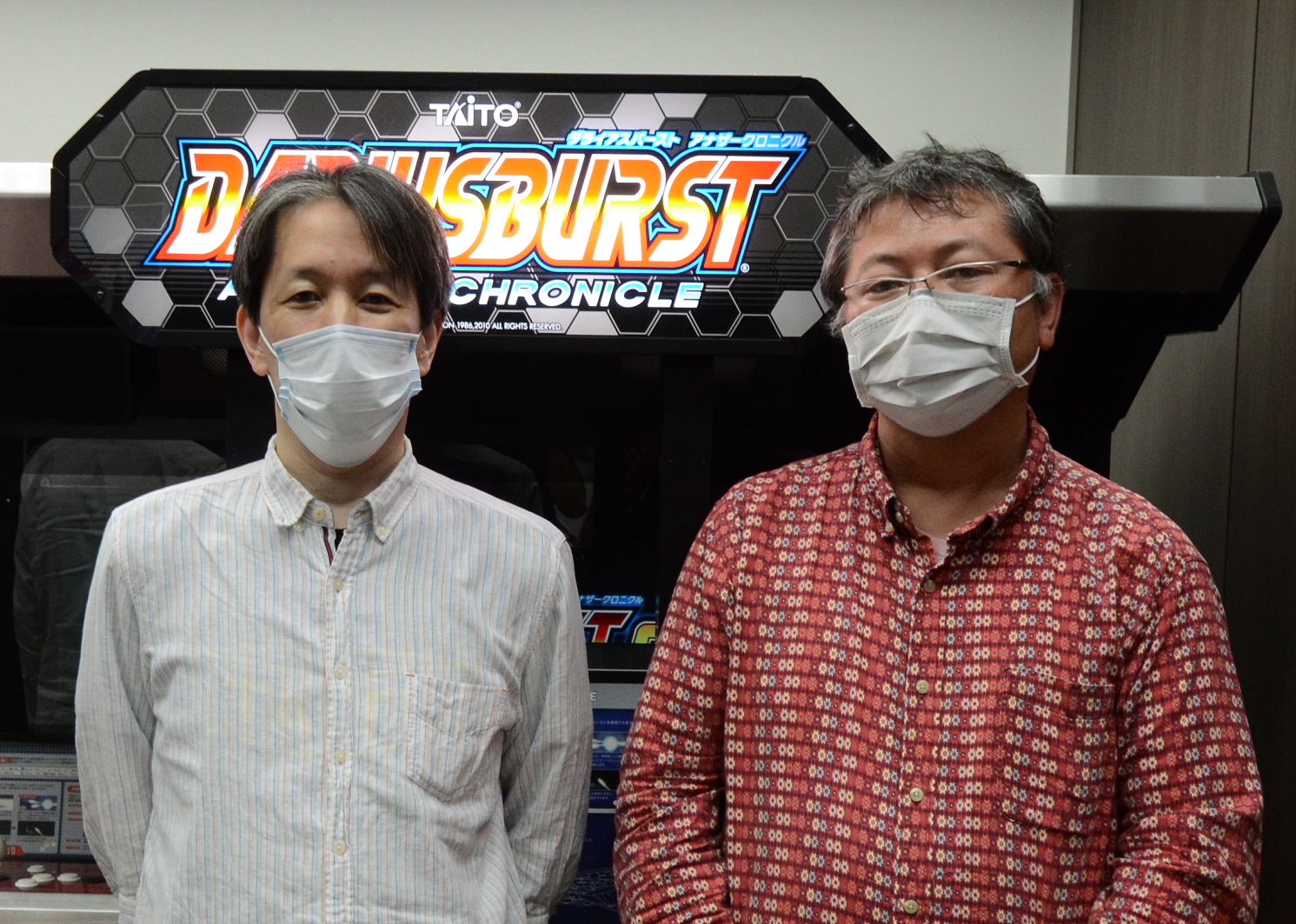 What makes the two Darius titles in this Cozmic Revelation collection so different from the Cozmic Collections that came out earlier this year?

The fundamental idea behind the Darius Cozmic Collection was to collect all Darius titles together and release them on Switch, but due to budget and schedule constraints we were only able to include the earlier 2D titles in that first collection. Later, after receiving positive feedback from players, we were able to add a further platform (PS4) and realise Darius Cozmic Revelation: a collection of the 3D titles in the franchise.

In the end, the games were developed and released in the order they were released in the arcades and on consoles: 2D followed by 3D, resulting in two very different collections.

Why does Taito choose M2 specifically to help with porting these classic titles onto new consoles?

We picked M2 because not only are they great at developing ports, they also keep the player at the forefront of their collective minds when working on a product, whether it's a port or not.
However, Taito has worked with numerous other companies too, such as Gotch Technology for the Space Invaders Invincible Collection and the arcade port included in Bubble Bobble 4 Friends.

In your personal opinion, what is the best Darius title?

Personally, I have to say the original Darius (Old Ver). I'll never forget how overwhelmed I felt when I came across it. In the dimly lit arcade in Sasebo, Nagasaki, the heavy bass sound and beautiful graphics emanating from the unusually long and distinctive cabinet stood out more than any other game there. Sitting in front of it, the darkness of the surroundings made the big screen and stereo sound so immersive that you felt like you were in another world while playing. At the time, it was so different from other game consoles; so unique.

Will Taito ever release the original PSP version of Dariusburst?

Sorry, we don't have any plans at the moment, but with changes in game platforms and technology, this may become more likely in the future.

Until then, please enjoy DariusBurst ACEX+, which depicts the same war from a different perspective. Yes, yes, I know it’s not the same: it doesn’t feature Ti2 or Riga Pratica, and even the title says it’s Another Chronicle.

Could Pyramid return to make another Darius title in the future?

Of course, it is a possibility. Taito continues to be on good terms with Pyramid, cooperating on each other's titles: not just Darius. I believe that we will continue to do so going forward, meaning more titles like DariusBurst may be born. Would you like to see a sequel, or a completely new title come of this relationship?

What would a next-generation (PlayStation 5, Xbox Series X) shmup look like in your eyes? Are there any innovations that could not be done on current consoles (PlayStation 4, Xbox One) or arcades?

Sorry, I've actually been so busy with Cozmic Collection, I haven't had time to look at the next-gen consoles, let alone think about what a next-gen shooting game might look like! Once things calm down, I'll give it some thought!

Similarly, how can shmups evolve as a genre?

I believe it's safe to equate the history of shmups with the history of video games.
Video games have stimulated the senses in many ways, and their ability to achieve this has not only intensified, but deepened over time.

It may not be limited to shmups, but I believe that video games will continue to evolve in a way that connects people's senses over networks.

Do you believe ultrawide screens could return to arcades?

Of course, but that doesn't mean it will be limited to just making the display area wider. I think the original opted for that design to show off the size of the bosses and the vastness of the universe, but if there's another way to achieve that goal, we might choose that way. It could be XR, it could be aural enhancements, it could be controller feedback, it could even be an olfactory device. Taito once even made a motorbike game with a fan attached to the cabinet which blows air in the player's face to give a sensation of speed…

How do you get the next generation of young developers interested in creating shooters and other arcade genres?

Age is not really a factor in the process of releasing titles that players want; games that are fun. However, it is true that with remastered titles, like these, the average age of the players is higher.
However, we don't worry about that so much because by enjoying the development and production of these games, we develop bonds with other developers and players from a wide range of backgrounds who share our passions, and we'd like to and we want to expand that.
I've been involved in game development since I was a teenager, and what I was doing back then would probably be called indie development now. However, unlike in the past, with the advancements in game engines and libraries, the doors to making games are open much wider. I'd really like to be involved in encouraging younger game developers.

Are there any shoot-em-up’s that you would recommend to fans?

Playing on consoles is nice, but I prefer playing on actual arcade machines.
My favourites are Defender, Exerion, Battle Chopper and Rayforce. If you have the chance to come to Tokyo one day, come to the "Hey" arcade in Akihabara. You'll find all sorts of arcade shmups and lots of players. Most of the Darius series can also be found there.

What's next for the future of Taito?

Taito is a company that has grown from its arcade origins with Space Invaders. We're working in various areas, like online, arcade and console games, and in Japan, Taito operates a number of game centres, including Taito Station and NOBOLT, a sports and athletic facility.

Did you know that we also have the world record for the arcade with the largest number of crane games in the world? Please come and visit if you get the chance!