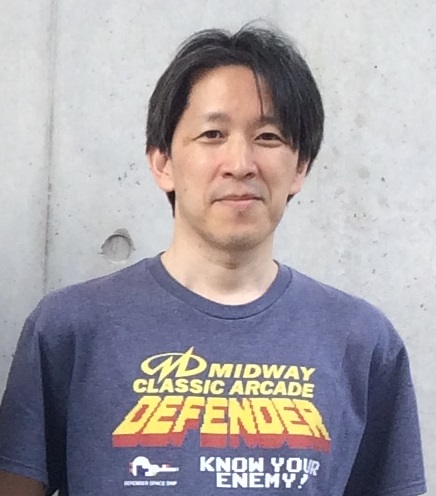 Space Invaders is one of those iconic video games that has been a part of the gaming microcosm for three decades across nearly every platform in one way or another. In celebration of Space Invaders Forever making its way to North America and Europe later this week, we had the pleasure of chatting with four of Taito's leads that helped produce the project alongside porting studio Gotch Technology.

What is your name and position at Taito?

Space Invaders has been such an inspirational arcade title for over four decades and for probably hundreds of video games. How did the success of Space Invaders shape the future of Taito?

The success of Space Invaders marked a quantum leap in the evolution of video games. It showed the potential of video games in a market previously dominated by prize-machines and mechatronics. We are proud to say it was also the starting point for friendly competition between companies on the technology front, contributing to the development of the most exciting and cutting-edge entertainment to date.

Why did Taito decide to work with Gotch Technology to assist in the Space Invaders Invincible Collection over M2?

At the outset, we'd planned on working with M2 for both collections, but when we put the schedules together, we realized the porting of Darius and Space Invaders overlapped in terms of development time, so in order to allow M2 to focus on Darius, we asked Gotch Technology to port Space Invaders.

Having said that, we trust Gotch's work as they have an extensive track record of porting classic games for other companies, and recently worked on the arcade port of Bubble Bobble included in Bubble Bobble 4 Friends.

Their reputation shines through in their results too, even receiving high praise from playtesters who know the original games very well.

Why is the Space Invaders Invincible Collection exclusive to Nintendo Switch? Could we see this collection on PlayStation 4 or Xbox in the future?

When Taito first returned to console game releases in 2018, we began working on Switch, but Darius Cosmic Collection and Bubble Bobble 4 Friends were subsequently rolled out to other platforms. In contrast, Space Invaders: Invincible Collection, was developed in cooperation with Gotch Technology and was Taito's first internal PlayStation 4 project. I think the experience we've gained here will contribute to future PlayStation platform projects as well. Then of course, there is Space Invaders FOREVER, which was planned as a multi-platform title.

Is Arkanoid vs Space Invader an original concept made specifically for the Invincible Collection, or is this an idea that Taito wanted to develop in the past?

Arkanoid vs Space Invaders was originally released as a smartphone app in Japan in 2016, and later worldwide in 2017. The game included in this collection is a port of this smartphone version.

However, it seems that Taito had plans for another game that combined Arkanoid and Space Invaders long before this title. Unfortunately, we haven't been able to locate the planning documents, so we don't know what kind of game it was...

There are very few developers left at Taito today who were here when Arkanoid was released 30 years ago, and most are quite old now. Maybe that mysterious plan was proposed by one of them? Tomohiro Nishikado, the father of Space Invaders, still has an advisory role at Taito and helps us in various ways.  And although he wasn't involved with Arkanoid vs Space Invaders, we did have him play Space Invaders GIGAMAX, which is also included in the collection, and he gave us his thoughts on it.

Although both titles were sold by Square-Enix, they were both originally developed by Taito for the Space Invaders 30th Anniversary celebration.

The direction of Space Invaders EXTREME seems to have been decided when the programmer and sound designer at the time came up with the idea of matching the beat of a song to the sound effects and implemented the feature without telling the game's designer. The subsequent Steam version of the game combined elements from the first and second games to create the definitive version of EXTREME, which is the basis for the version included here.

In answering this question, it's important to remember the game was developed for Space Invaders' 30th Anniversary, and the most important element here is that 30 years had passed since the original.

If we were developing Infinity Gene game a year or two after Space Invaders was released, we could have taken a more faithful approach to it, but when a title is thirty years old, no matter how great it is, you're going to be faced with a lot of people who've never played it, or maybe don't even know what it is.

So we had to ask ourselves, How can we best communicate the appeal of this title to a new generation? What connects them to it? Thinking about this, it occurred to me that I needed to show how Space Invaders had influenced the culture of video games we still have today, and that's how I came upon the concept of 'the evolution of games', which formed the basis for Space Invader Infinity Gene's development.

Would Taito consider releasing these Space Invaders titles (Infinity Gene, etc) in another collection in the future?

If we see strong enough sales for this collection, then, of course, we'll consider it, so please support it! We've already seen calls for Space Invaders: Infinity Gene from fans, and we are considering other titles as well, alongside how best to release them. So yes, there is a possibility of future releases. With its varied enemy formations, Return of the Invaders pathed the way for the later Majestic Twelve. Then Attack of the Lunar Loonies was fun, with its poppy art style and parodies of various Taito characters.

There have also been numerous ports released for consoles in various forms, so it's impossible to include them all. Though we have considered including some of the more popular ones.

Then there were titles like Atari VCS and SG-1000 versions of Space Invaders and the Japan-only X-55 (online karaoke) exclusive, Space Invaders 1995, which are now very difficult to play or to port.

Will Space Invaders Get Even ever be re-released?

Space Invaders Get Even was a WiiWare exclusive title where the player took the part of the long-maligned Invaders and took revenge on mankind.

This is another game we've considered and if we see enough demand, we'd love to be able to release it. The biggest issue with Get Even is the control method: the game was designed to be played on the Wii Remote, so we need to work out a solution to deliver an enjoyable play experience. What do you think is the best way to go about this? We may be able to replicate the controls by making good use of the Nintendo Switch's touch screen functionality.

*There are no plans to release this at the moment!

How do you feel about Hollywood trying to create a Space Invaders movie?

Our aim is to expand the Space Invaders brand further into multiple fields of entertainment.

What are your thoughts of the next console generation (PlayStation 5 and Xbox Series X)?  Are there any features in particular?

Sorry, I've been so busy with these two projects, I haven't had a chance to play either of them, but I am looking forward to it!

Are there other Taito compilations that you would like to help produce in the next few years?

I'm considering several, but you'll have to wait a little longer before we can give you any details! Please keep your eyes open and look forward to the news! Of course, the key to reviving a game is how strong a fan base it has, so if there is a game or character from Taito that you would like to see revived, please let us (@TaitoCorp) know, and if we hear enough demand, we will do our best to make it happen! Don't forget, the Darius Cozmic Collection and Darius Cozmic Revelation have already been released, so if you haven't played them yet, please do!

Space Invaders Forever will be released in the West later this month, starting with a physical release on both Nintendo Switch and PlayStation 4 as well as a digital PS4 release in Europe on December 11th, followed by a digital release on PlayStation 4 in North America on December 15th. The Space Invaders Invincible Collection is still available to order directly from Strictly Limited Games.