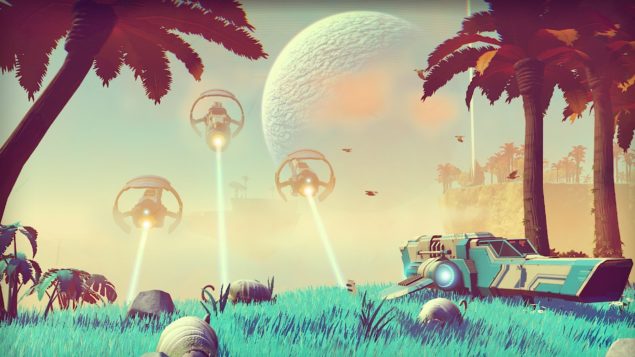 No Man's Sky is a science-fiction game about exploration and survival in an infinite procedurally generated universe.

While many are truly hyped for the game, this doesn’t seem to  be the case for Xbox’s former Canadian community manager. Patel, who is now marketing manager at Icejam Games, took to Twitter to share that, from what he has seen so far, the game already looks “stale”. According Patel, he has seen every gameplay image of the game, but they all look like they could take place on the same planet. So much for an ‘infinite universe’, reads Patel’s tweet.

Every gameplay image I've seen of No Man's Sky looks like it could take place on the same planet. 'Infinite universe' eh? I don't see it.

The ex Xbox community manager adds that the game does have potential, but he hasn’t seen the fun, yet. Please note that Patel only commented on things that have been publicly shown.

@ItzSynz Yeah, I mean it has potential and COULD be great but from what I've SEEN so far, it already seems stale.I haven't seen the fun.

@BlueHeelerKY I've seen everything that has been publicly shown. As my tweet indicated I'm commenting on what i've seen.

When linked to a Kotaku article about the game, Patel replied that he still didn’t see the ‘infinite’ part of the title.

@LoR1975 yeah i still don't see it. maybe there is more to it that we'll see post-launch.

Patel adds that he hopes that there’s more to the game that has been shown so far.

@BlueHeelerKY you would hope so. i guess we'll see post launch

The release date for the long awaited game from Hello Games was announced last week, alongside the game’s minimum PC requirements.

No Man’s Sky will be releasing on June 21, 2016. The sci-fi adventure survival will be released in Europe a day later, while the gamers in the UK will have to wait till the 24th of June. For more info on No Man’s Sky, check out the game’s official website right here.