Astronomers who were working with NASA’s Chandra X-ray Observatory came across some remarkable evidence regarding the existence of a dense magnetized neutron star, or better known as ‘Magnetar’. This star was found at the centre of RCW 103 which is actually a dense cloud of dust that has been left by a supernova lying some 10,700 light-years away. Discovery of magnetars is always an interesting factor but what makes this different is that this star indicates signs of rotation that thousands of times slower than the usual magnetars. 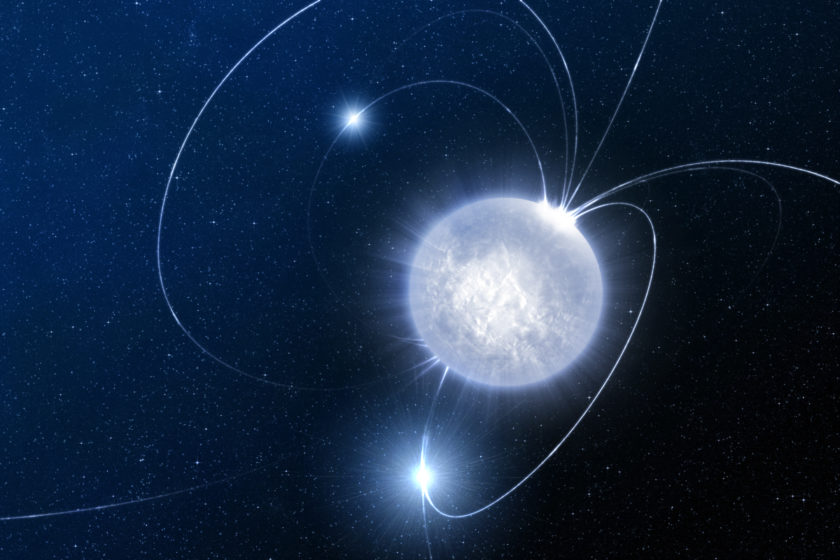 How it all started?

Astronomers were first drawn towards this star in June 2016. Back then it was known as 1E 161348-5055 or 1E 1613 for short. Antonino D’Ai led a team of researchers from Italy’s Institute of Astrophysics (INAF) and they were able to pick up X-ray bursts coming from this star that were similar to those of a magnetar. This particular piece of discovery was done using the NASA’s Swift telescope. A magnetar is able to produce magnetic fields that are trillions of times stronger than those of the Sun’s.According to NASA officials, “Observers had previously agreed that 1E 1613 is a neutron star, an extremely dense star created by the supernova that produced RCW 103. However, the regular variation in the X-ray brightness of the source, with a period of about six and a half hours, presented a puzzle."

This particular discovery further encouraged investigation and another team led by astronomer Nanda Rea from the University of Amsterdam in the Netherlands. They used NASA’s Chandra X-ray Observatory and Nuclear Spectroscopic Telescope Array (NuStar). These two technologies have the ability to search for specific bands of X-ray radiation in certain regions of space.
A composite image was created based on this data: 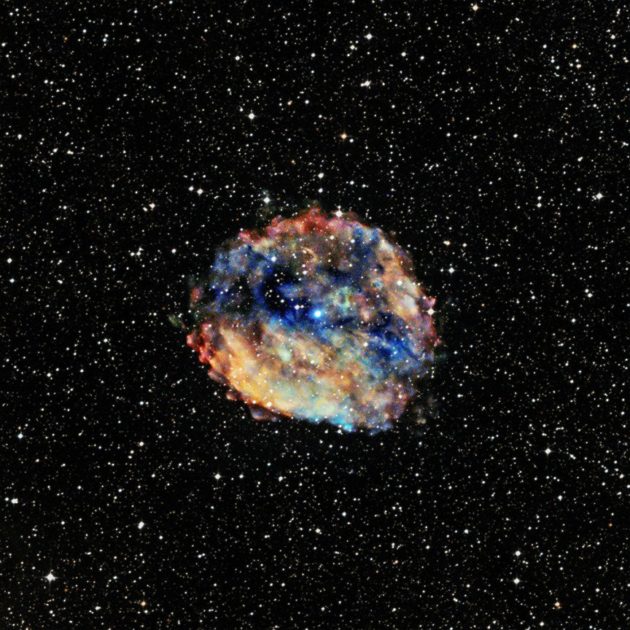 Conclusions of the various studies

Based on the obtained data which included the amount of X-rays produced and the way it cooled down after bursts, the team was able to conclude that the 1E 1613 is possibly a magnetar. Obviously, further scrutiny must be carried out and if the data and observations are found to be correct, scientists may have discovered a 30th magnetar!

The star may have exhibited signs of being a magnetar but there are still certain mysteries at hand. D’Ai’s team found that the magnetar spins, even though very slowly, but it still does and this is certainly not a characteristic that was at first assumed with the previous magnetars. NASA officials said, “The source is rotating once every 24,000 seconds (6.67 hours), much slower than the slowest magnetars known until now, which spin around once every 10 seconds. This would make it the slowest spinning neutron star ever detected.”

A hypothesis has been presented to answer this mystery. It is assumed that debris from the supernova, that had initially created the RCW 103 may have gotten into 1E 1613 and caused it to slow down. It is assumed that magnetars slow down with age, but if this is true, why is the 1E 1613 slowing down when it is only just 2,000 years old. This fact rejects this particular hypothesis. It is evident that further studies must be done to make any more conclusive hypothesis regarding this star.

Till then we can hope that technology progresses and produces better telescopes so that we can get more information about such a rare kind of star.