EVGA, today launches its new graphic cards lineup based on the newly released GeForce GTX 660 Ti. EVGA has launches three different models, each of which are available in 2GB and 3GB Vram options. 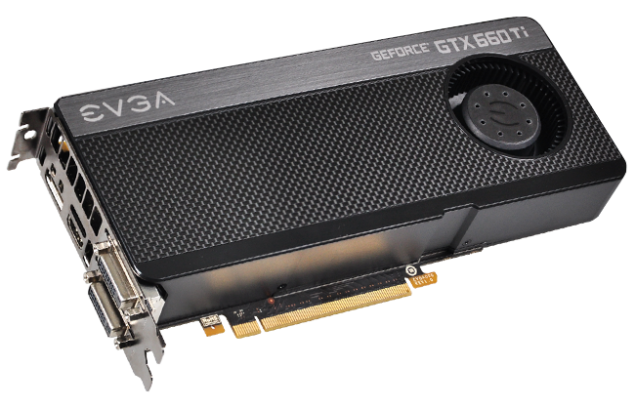 The reference model sticks to the 915MHz core and 980Mhz boost frequency while the 2GB/3GB GDDR5 memory runs at 6GHz effective along a 192-bit interface. Stock model costs $299 while the 3GB model would be available for a premium price point. 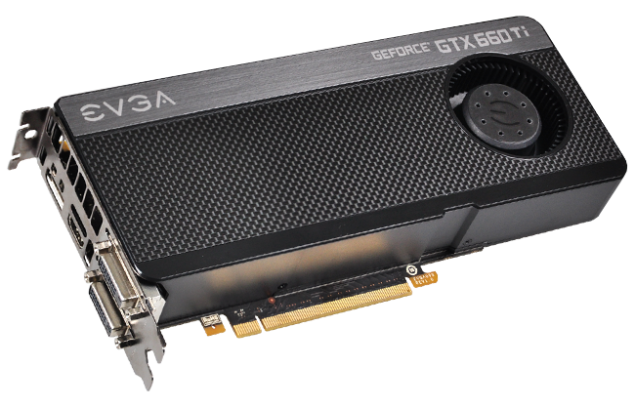 The Superclocked model from EVGA is also available in 2-3GB options with core clock running at 980MHz and 1059 Boost clock out of box. The memory runs at the reference 6GHz effective pumping out 192.68GB/s bandwidth. 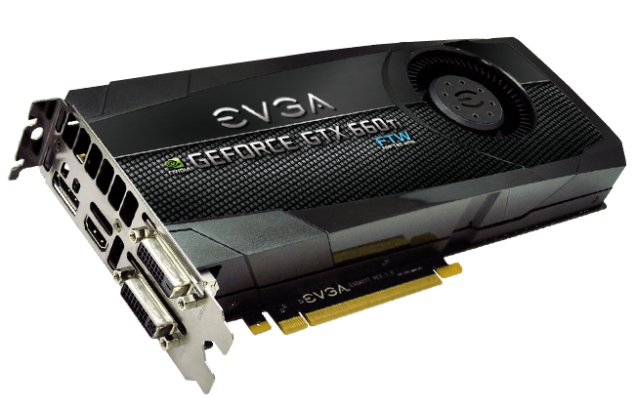 The fastest FTW models come in 2GB and 3GB options and use a reference GTX 680 PCB which adds tremendous power to overall overclocking and stability. Clocked at a massive 1020MHz core and 1098MHz Boost while memory runs at a reference 6008MHz frequency.

The cooling design is also reused from the GTX 680, Powered by two 6 Pin connectors and 2 DVI, HDMI, Display ports as display outputs.

For more details head over to the EVGA's official website http://eu.evga.com/default.asp