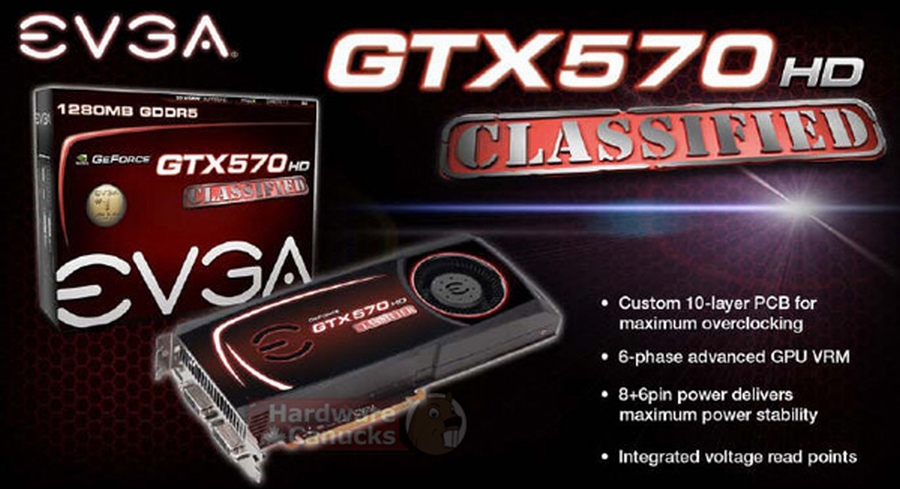 EVGA has announced to release a new GeForce GTX 570 based card which would be known as the "GTX 570 HD Classified" Series GPU. The card uses the stock reference heatsink cooler which cools the GF-110 chip beneath it. Offering high end performance in DirectX11 and Tessellation titles while using some Nvidia Exclsuive features such as PhysX, 3D Vision, Cuda and 3D stereoscopic display.

Being part of the Classified series, The GPU offers vast room for overclocking and stability due to the custom designed 10-layer printed circuit board along with a 6 Phase VRM design which uses a 6+8 pin power connector configuration. EVGA will also include Voltage read points which would be integrated on the PCB for easier tacking of voltages. The card will use a 1280MB GDDR5 memory along a 320-bit wide memory interface.

Clock speeds and Availability has not been announced but its likely to be revealed at the Computex 2011 event. Chances of a GTX 580 HD Classified card are also possible.