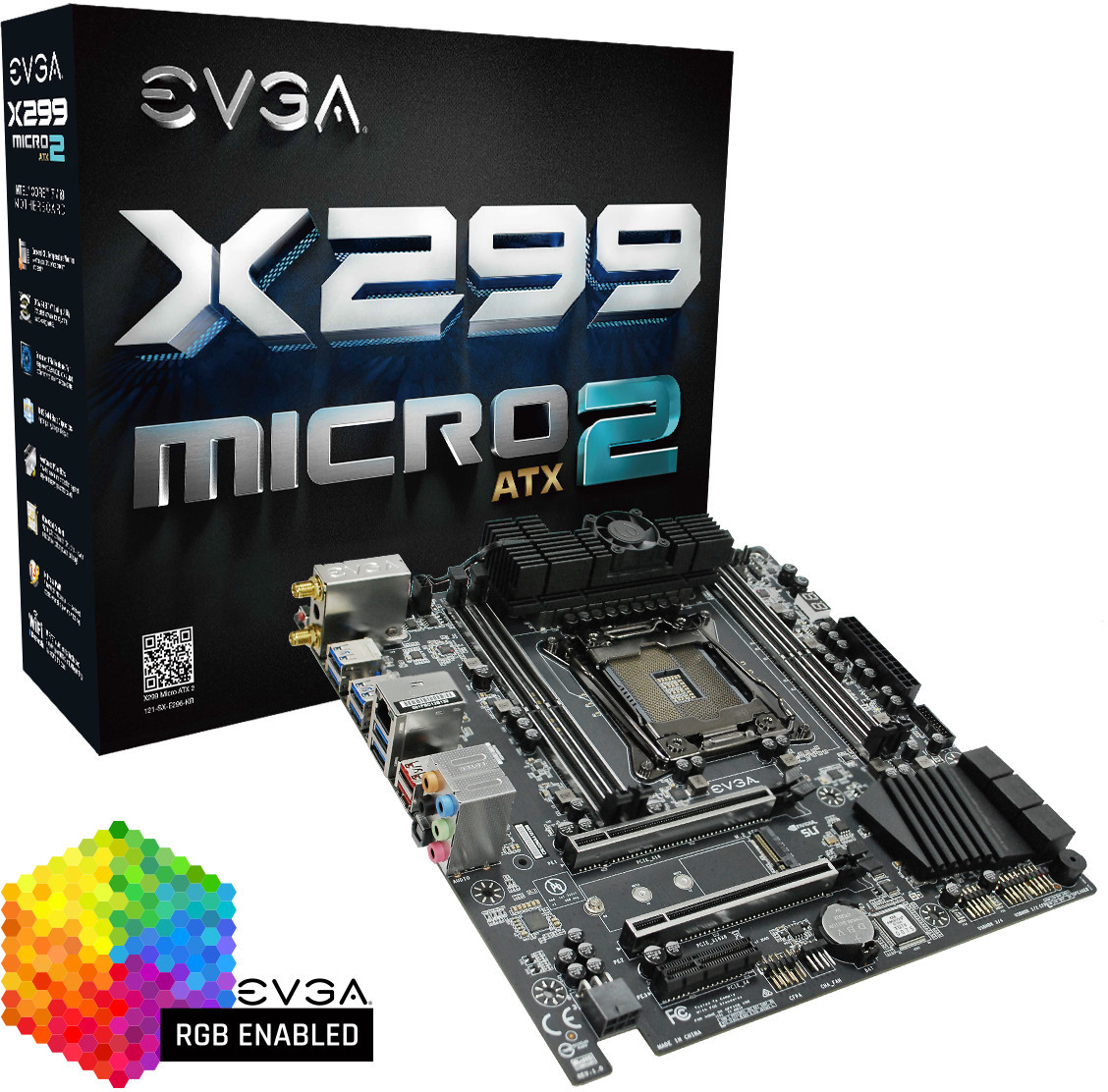 EVGA a brand well known for its graphics cards has also made motherboards for quite a long time. While they have had some missteps a few years ago, their previous X99 and Z370 motherboards have been quite good. EVGA capitalizing on that has released an updated version of its X299 Micro simply titled Micro ATX 2

The X299 MICRO ATX 2 is a reimagined mATX board designed to support the power, performance, and cooling necessary to power Intel's i5/i7/i9 CPU's for the X299 Chipset. With a 14 Phase power design, a thick VRM heatsink/fan, two 8 pin EPS power connectors, an additional 6 pin PCIe power connector, and external BCLK, this motherboard was born for the enthusiast desiring maximum power in a small form factor. The X299 MICRO ATX 2 supports current storage standards, including M.2 NVMe, Intel Optane, Intel VROC and SATA 6Gb/s to give you a blazing fast access to your data, while Intel Dual-Band WIFI/BT and an Intel i219V Gigabit NIC Keeps you connected.

EVGA has also listed the features below

So if you're looking to pick up a Micro ATX motherboard for your system you might want to take a look at EVGA's offering, As a matter of fact, I had a fantastic experience with the EVGA Z370 Micro on the mainstream with an overbuilt motherboard.