EVE Online never ceases to amaze me with its following of dedicated fans. While I've never been able to truly get into it as deeply as many others have, the sprawling universe within EVE Online has always had a deep and extensive mythos surrounding it. It's one of the best examples of a self-sustaining universe within a video game. And their news network, The Scope, is a lot better than real life news. 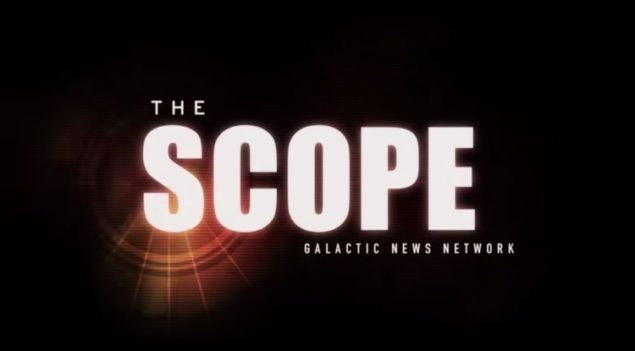 EVE Online has a news network, The Scope, that's more informed on the inner workings of its universe than that of real life news networks.

It shouldn't really be surprising that there is an in game and in character news network for EVE Online. It really shouldn't be. The player-base itself is so very passionate about the game that something like this should be nothing but expected. But it wasn't founded by the player's, instead being created by CCP Games themselves in response to the media attention of the largest battle that has ever occurred in the games history, called the Bloodbath of B-R5RB.

Ragnar Ágúst Eðvaldsson, who is a senior media producer at CCP Games, decided that the overall media coverage of the Bloodbath of B-R5RB didn't quite capture the emotional effect that the events had on the players themselves. They instead focused on the real-world monetary loss, around $300,000 of real money. He wanted to be able to show how massive, dynamic and truly great the universe can be, showcasing the game for potential new players. He also wanted to produce a central repository of news for those that are playing the game already. The great thing about the relatively small population of players compared to other MMO's is that they all share the same persistent universe, so everyones actions truly have an effect on everyone else's game.

With his goals in mind Ragnar Ágúst Eðvaldsson has created The Scope, which reports on galactic events within the persistent universe that is EVE Online. It's a very well done production, even. It captures a quick, headline style news that belies its one man production team. It's also a much better representation of news than some real-world news programs. He really puts his heart into it, and his efforts are paying off even. The players have mostly had a positive reaction to it, he says.

"Players are extremely happy about it because it's a news network that just covers what they're doing in the game, but at the same time I think it's pretty good from a marketing standpoint. It gives people like you or whomever is curious about Eve a window into what's it's all about. It's kind of hard to explain it at dinner parties."

Check out the latest episode of The Scope to find out what's happening across the EVE Online universe. Maybe one day it'll include all of the events within EVE Valkyrie, Dust 514 and any other upcoming projects form CCP Games.