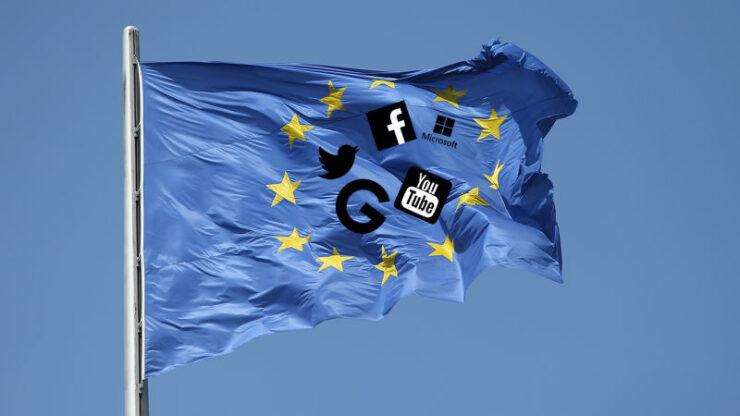 The US tech giants had promised the European Union that they will crack down on the online hate speech that is spread across their networks. However, the EU isn't happy with how the group has been handling the removal of hate speech.

Facebook, Twitter, YouTube and Microsoft will have to act faster to handle online hate speech or they will face laws forcing them to do so, the European Commission has warned. The EU's warning comes six months after the companies signed up a code of conduct to take action in Europe to remove hate speech within 24 hours, following rising terror attacks and polarized political sentiments.

However, despite signing this voluntary code of conduct, the tech leaders have failed to deliver on their promises. EU Justice Commissioner Vera Jourova reviewed and concluded that the tech companies failed to remove offensive content within the promised time frame. The Commissioner said that less than half of cases were being responded to in the promised 24 hours.

"In practice the companies take longer and do not yet achieve this goal. They only reviewed 40 percent of the recorded cases in less than 24 hours," an official told Reuters. "After 48 hours the figure is more than 80 percent. This shows that the target can realistically be achieved, but this will need much stronger efforts by the IT companies."

The Commission warns that if the tech giants fail to take this seriously, new legislation would be introduced to force them to do so. "If Facebook, YouTube, Twitter and Microsoft want to convince me and the ministers that the non-legislative approach can work, they will have to act quickly and make a strong effort in the coming months," Jourova told the Financial Times.

In May, Facebook, Twitter, Google's YouTube, and Microsoft signed a code of conduct that promised to standardize the way users report hate speech and allow law enforcement agencies to act quickly to remove the flagged content. This included removal or disabling access to the content with better cooperation with the civil society organization to promote "independent counter-narratives" to online hate speech.

Tech leaders already have the tools to tackle online hate speech on their websites. However, their efforts still lack the swiftness and accuracy that the EU demanded.

Jourova's report also showed that the companies have taken an uneven pace to remove the hate speech, with Germany and France appearing in the quick-response block, while the response rate goes down to just 11 percent in Austria, and 4 percent in Italy. The report also discovered that Twitter was the slowest to respond and the YouTube was the fastest among the group.

This Thursday, EU justice ministers will meet in Brussels to discuss the report and ask the companies how they are tackling "terrorist propaganda" and what evidence they can provide to help convict terrorists.