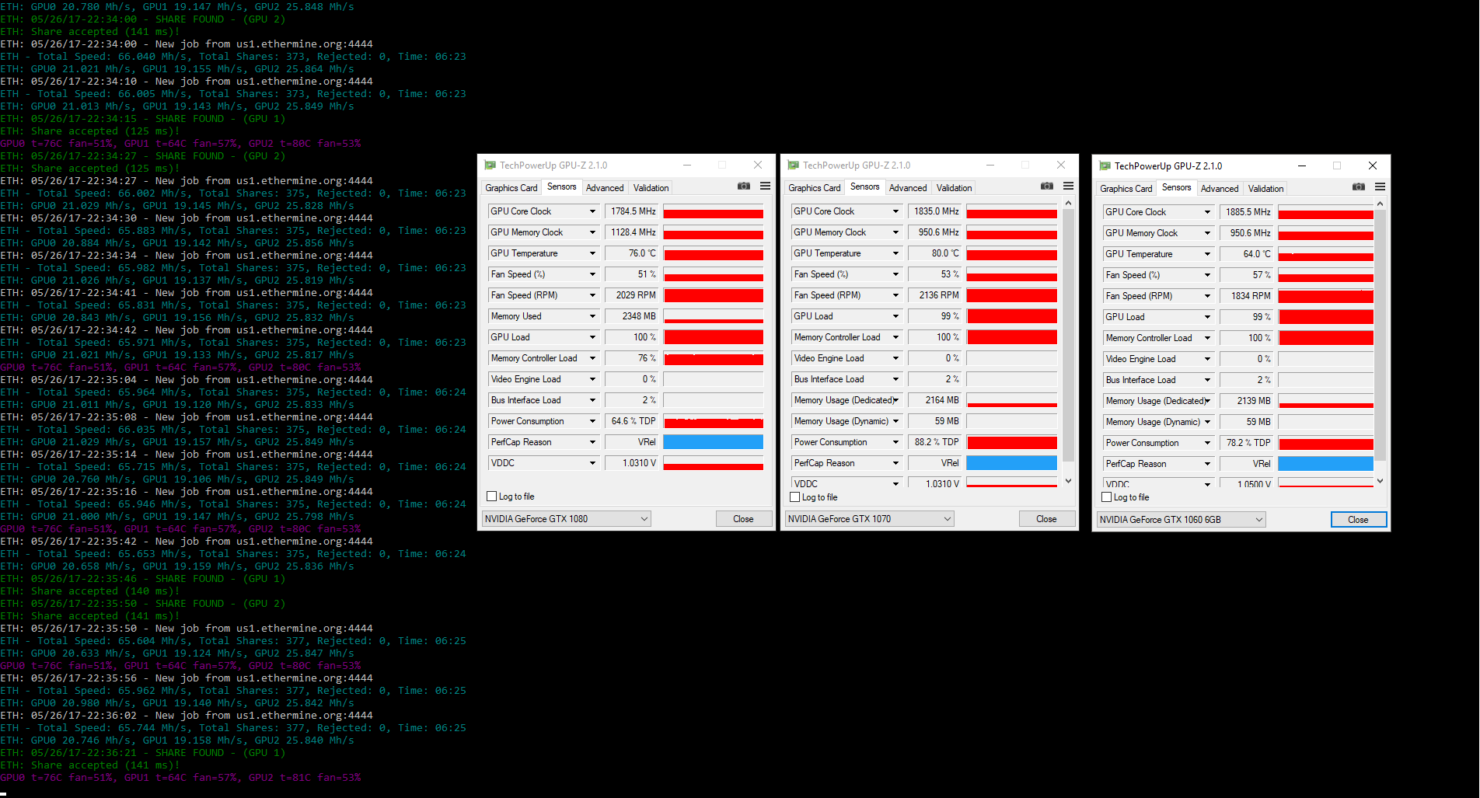 About a week ago I was hunting for a few Radeon cards for a project, specifically a second Nitro+ RX 570 for a crossfire comparison, needless to say I couldn't find one and gave up.  A friend of mine said he was looking for a second RX 480 for his setup and that he couldn't find one outside of crazy high prices, chalked that up to EOL on the RX 480s and told him to snag a similar RX 580.  He couldn't find one of those either.  Thinking he just didn't know how to search, since he's not very computer savvy, I decided to help out.  That's when things got interestingly and eerily similar to searching for a Radeon card in late 2013 - early 2014 back when I was deep into Litecoin and Feathercoin mining.  Then I came across Ethereum and everything became clear.  While I'm not going to pretend to be an expert on Ethereum I am no stranger to the world of crypto currencies. Having spent months on end tweaking GPU bat files for LTC and FTC while setting up ASIC miners for BTC, I decided to jump in on this one to see what the craze was all about!

What we are doing here with this article isn't going to be a tutorial or guide, we're not endorsing or encouraging the mining, trading, buying, or selling of Ethereum.  We are simply taking a look at the current landscape of GPU mining hashing performance, power draw, and current profitability of taking part in Ethereum mining.

This video was done to represent 40 days of mining with a single RX 570 (non bios modded) to represent a best case scenario of what a gamer who wanted to use his RX 570 to mine Ethereum would have looked like.

What we are doing here with this article isn't going to be a tutorial or guide, we're not endorsing or encouraging the mining, trading, buying, or selling of Ethereum.  We are simply taking a look at the current landscape of GPU mining hashing performance, power draw, and current profitability of taking part in Ethereum mining.

Setup was simple enough, we simply found a pool to join and what miner we would be using.  We decided to go with the Ethermine pool but finding a miner was a bit trickier.  We first tried Genoils Miner but never was able to get the stratum server connected so we moved on to Claymores Miner and that one took off like a demon, so we stayed there.  Claymores Miner allowed us to use Radeon cards as well as Pascal based GeForce cards without spending hours in configurations.

We modified our x99 system to run the memory at the base 2133MHz and the 6800k was taken down to 2 cores and 4 threads clocked at 1.2GHz since we're not needed CPU power and to lessen the power draw as much as possible outside of graphics cards.

Graphics cards were all run at their out of the box configurations without any modification whatsoever.  While we are aware that if you are going to set up a dedicated mining system you are likely going to run a modified vBIOS on your card we simply wanted to see the natural performance of these cards. Radeon and GeForce cards were run on the latest drivers at the time of this article.

In our first round of results we only looked at single GPU performance, which in terms of power draw is likely the worst way of looking at this overall, but can show individual card performance and help nail down which card someone would want multiple of. 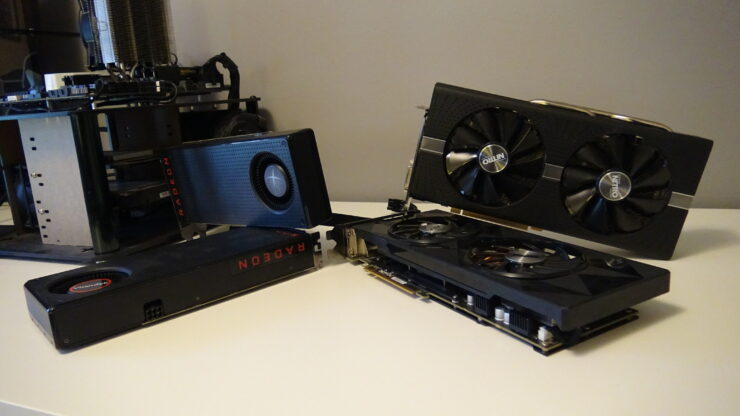 Megahashing performance of Radeon cards is still top dog, but it doesn't make much sense going past the R9 390/x as the price/performance metric makes little sense in that regards.  Going from 2560 stream processors to 4096 doesn't net much value, suspect something fishy with the VRAM is going on here.  That suspicion also bleeds over in the GeForce cards with the poor performance of the GTX 1080 once again suspecting something with the G5X coming into play.  But when it comes to the hashing rate of the GTX 1070 my eyes popped a bit, after all the skyrocketing prices of RX x70/x80 parts are starting to make it look rather attractive.  If you're wondering why the GTX 1050 is sitting at 0 it's because it simply doesn't have the VRAM capacity to mine Ethereum, we left it in the charts for illustrative purposes only.  And because I forgot to delete it before making the charts. 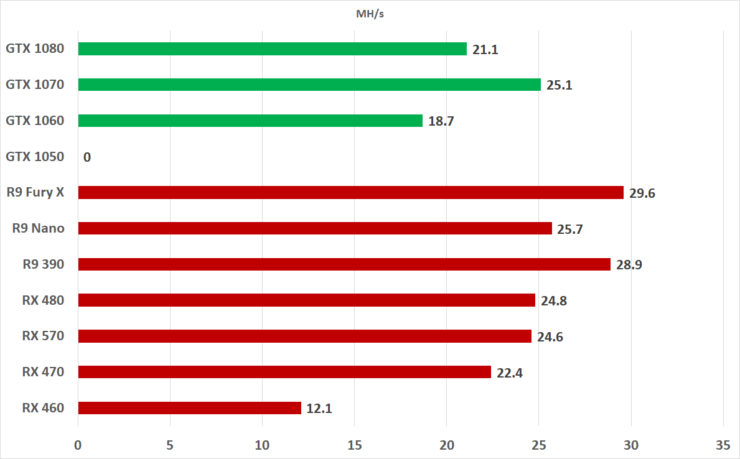 But Hashing performance isn't everything in the world of mining, efficiency is king and lead to the next chart, profitability.  There is a steady climb in the Radeon lineup but looking at the RX 470 power draw vs hashing rate it is no wonder people are jumping all over that card!  The GTX 1070 is showing some promise here again with lower than RX 570 power draw but matching it on hashing. These numbers were taken from the wall after 1 hour of hashing. 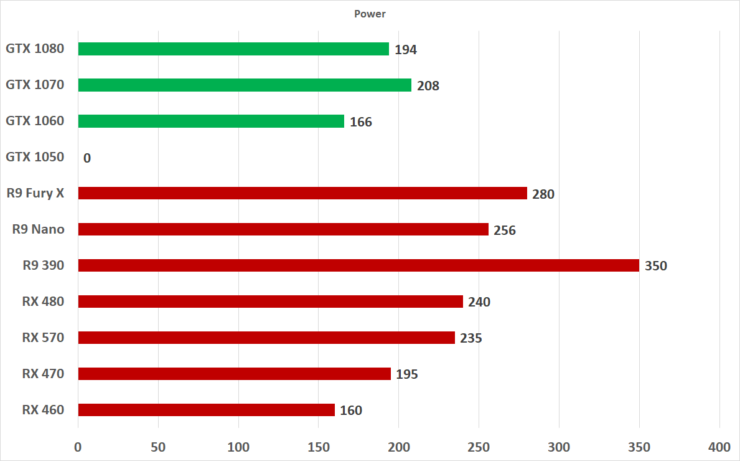 Profit is the name of the game, so if you are not making money then why are you here, I guess.  This chart is not accounting for payback time, it is simply looking at current profitability with Ethereum priced at $169 (at the time of writing on 5/26/2017).  This chart shows the total profit from one card after the cost of electricity (assuming $0.12kW*h) the resulting number display is pretending everything stays consistent for 30 days.  This chart in all honesty is only good for comparing profitability comparisons between cards as the price of Ethereum is in constant flux. 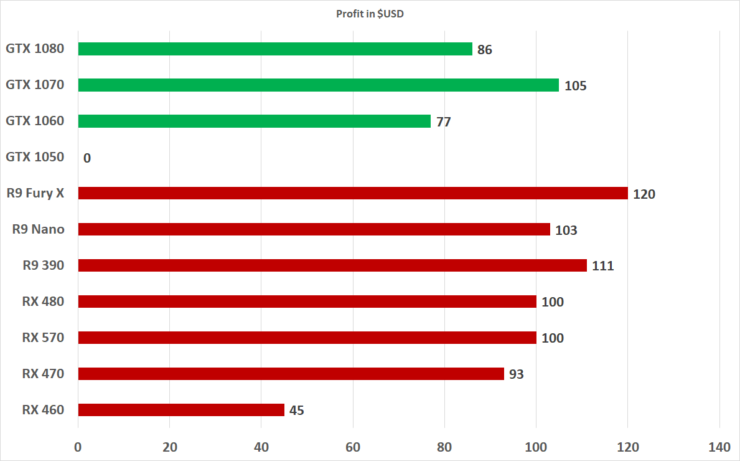 Taking a look back at the Hashing Power vs Power Consumption directly compared to each other.  When looking at this graph make sure to pay attention to the power side as it is set to a x10 scale so that it's easier to visualize the performance per watt aspect when mining.  Take the R9 390 as example the hash rate is 28.9MH/s and the chart shows 35 for the power draw, take the x10 scale and it's really 350.  Just like a tachometer on car it's to make for an easier to read visual.

Moving away from a single GPU to a mGPU configuration makes the most sense if you are even considering mining.  You already have the necessary cost of operation (motherboard/system power) so adding GPUs to the mix pulls more return than a single GPU.  We could have run many different mixed GPU workloads but we picked a few and ran with it. 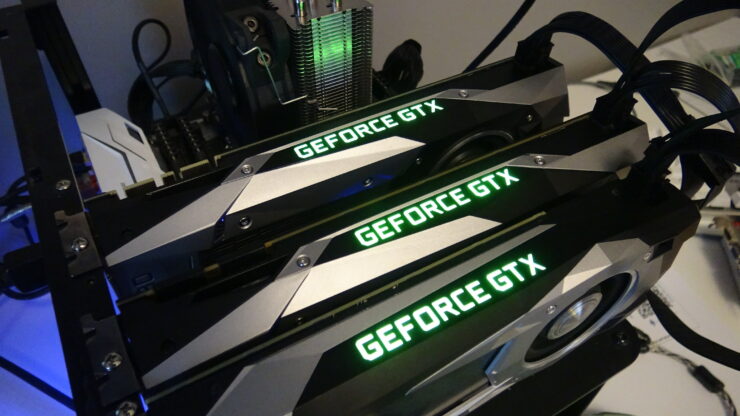 This direct comparison between these configurations shows just how powerful a Polaris 10 setup is when mining, even edging out the 1080+1070 config.  Take the upfront cost of $400 (think MSRP folks) for the two Polaris cards or more than double for the Pascal.  Admittedly if you were doing this you would pick up a pair of 1070s rather than touch the 1080 with a 10 foot pole. 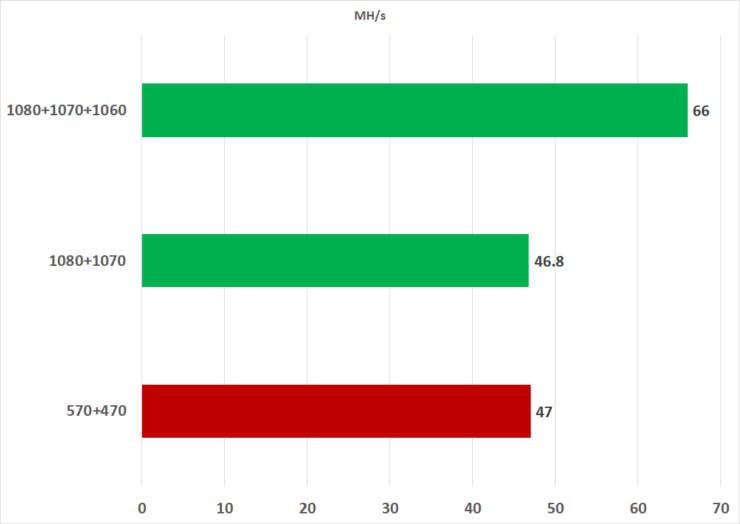 But just like before efficiency rules the day, and that's where the Polaris cards surprise us the most.  I know in gaming the 1070/1080 are leagues ahead, but this is computational and when CUDA Core and Stream Processor counts are similar this is where things tend to fall.  Impressive overall as I think back to just how much power my old 6x R9 270 LTC mining rig was pulling. 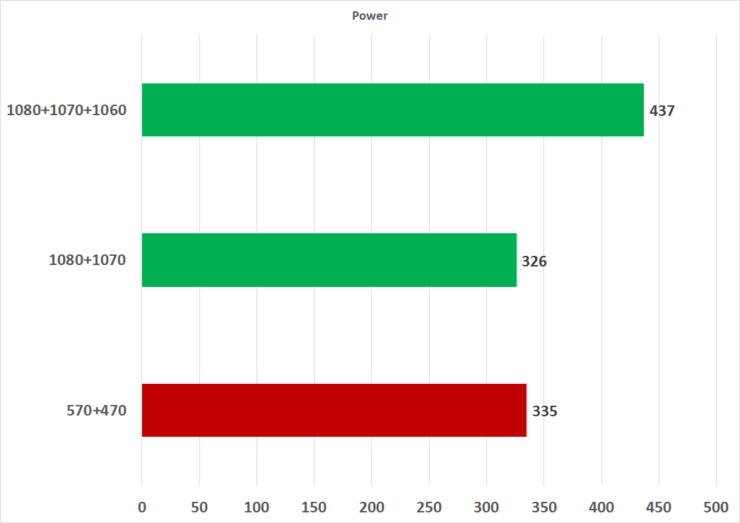 But this is where the money hits the wallet and while the 1080+1070+1060 was 42.5% more profitable in terms of hashing to power draw the initial cost makes payback insanely high as it cost 3x as much as the 470+570 configuration. Something very important in the long game. 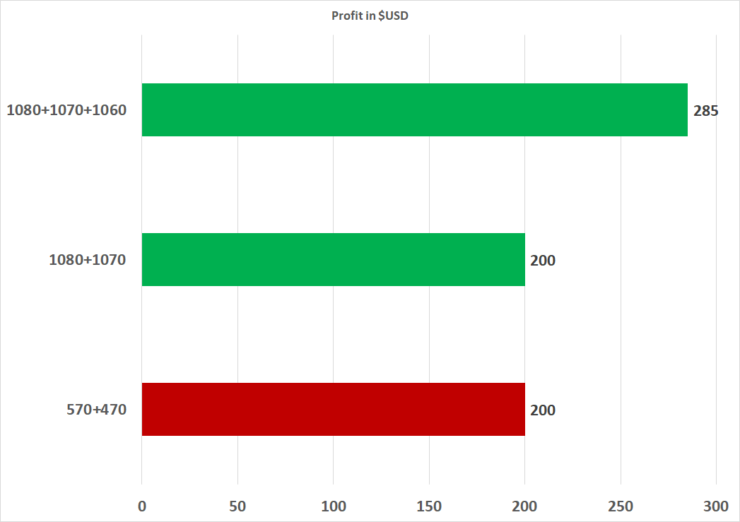 In all reality I could have gone on for days with this topic as crypto currencies have always fascinated me and I love configuring miners.  But like I said earlier on this isn't a tutorial on how to setup a miner or a history lesson in GPU mining.  I'm not encouraging mining or giving advice on what to buy to mine with.  The most important idea going on here is to see how cards perform when hashing out for Ethereum to see where everyone stands since there seems to be quite a bit of buzz around it at the moment.  I can definitely see why people are snatching up all the RX 470/570s they can find.  The unfortunate side effect is skyrocketing prices for people who want one of the best value gaming cards that have come along in years.  But there will be a weekly follow up for the next month to this article centered around a single RX 470 to follow the profitability from day to day to track the volatility of the market and see what happens, so stick around for that one.