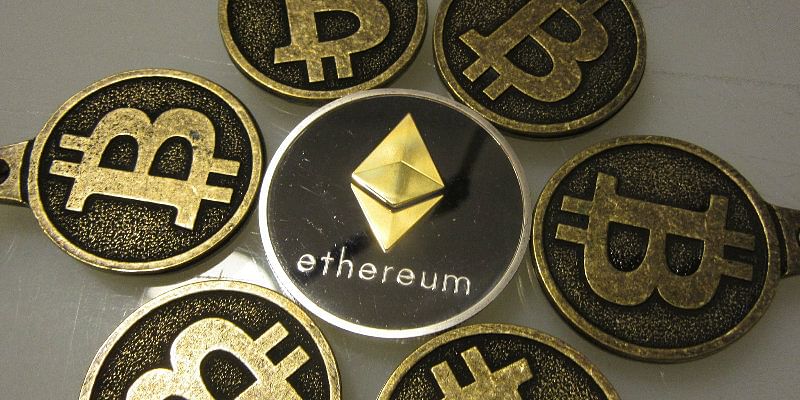 Even as Bitcoin is yet to recover from its historic slump earlier this year, the cryptocurrency mining crackdown in China and an upcoming update for the Ethereum cryptocurrency has resulted in miners dumping their graphics processing units and notebooks in the Chinese resale market. Ethereum, which is trading for $2,104 (UPDATE AT END), opened at around $750 at the start of this year and traded at an all-time high of $4,382 in May. Now, an upcoming 'hard fork' for cryptocurrency combined with the Chinese government's new restrictions on cryptocurrency mining has led to miners starting to flood the market with the computing products used in their operations.

For the time being, both Bitcoin and Ethereum are dubbed in the mining community as 'proof-of-work' cryptocurrencies. This requires the miners to use their computing power to solve complex mathematical problems to be rewarded a coin for the endeavor.

However, Ethereum plans to switch categories to what's referred to as 'proof-of-stake' instead. As opposed to proof-of-work, this awards miners who already possess tokens with more tokens. It removes the incentive for heavy-duty computations, which consume high amounts of energy and improves the overall network security as it allows those who already possess tokens to make changes to a network.

The migration to proof-of-stake and the Chinese crackdown on mining has resulted in miners dumping their inventory on the secondhand market. These products are available at significantly lower prices than their brand-new counterparts, in an unsurprising occurrence that reflects the extreme use the graphics processing units and the notebooks have been put through.

Mining operations often use these products for extended time durations at their peak frequencies to maximize their computational performance. This ends up degrading the hardware which has originally been designed for consumer use.

Surrounded by headwinds, Ethereum is worth less than half of its all-time high price earlier this year. Image: Coindesk

Tight global supply chains, which have led to gamers being unable to procure the latest GPUs from Advanced Micro Devices, Inc (AMD) and NVIDIA Corporation, have also led to the miners turning their sights on gaming laptops earlier this year. These laptops are also equipped with GPUs, and the notebooks are also available in the secondhand market with significant price discounts.

Gaming consoles sold by Microsoft Corporation and Sony Corporation feature custom GPUs from AMD, and a raid made by the Ukrainian police earlier this month revealed that even these had not escaped the miners' watchful eyes. According to a press release last week, the police seized a staggering 3,800 PlayStation 4 gaming consoles along with 500 GPUs and 50 processors after discovering an illegal mining operation. The mining farm was the largest of its nature discovered by the police, and shady electricity usage accountancy led to its discovery.

The upcoming Ethereum update will introduce several changes to the currency. Dubbed as a 'hard-fork,' it will be the third of its kind made this year. The London hard-fork, due in August, follows the Istanbul and Berlin hard-forks, aims to reduce transaction fees and change mining difficulty levels.

Ethereum miners receive a fee from the network's users for their services, and the software update will redirect this payment from the miners to the network itself. This 'gas' fee will be tied to a block instead and fluctuate with demand after the update.

The second change relates to Ethereum 2.0, which is due next year, making the shift to proof-of-stake. By making it extremely difficult to mine Ethereum, the developers plan to encourage the miners to shift to Ethereum 2.0, and the London fork will delay this time bomb to make the transition to Ethereum 2.0 smooth.