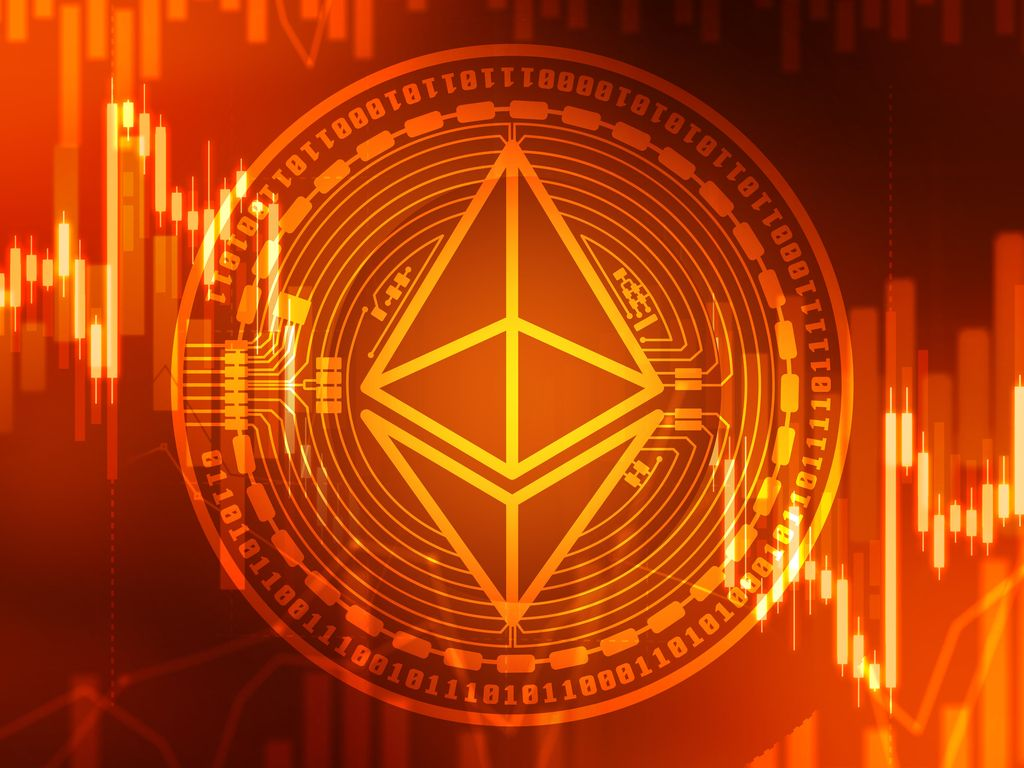 Ethereum (ETH), an open-source blockchain that supports an entire ecosystem of smart contracts, just made history as its native Ether coin has hit an all-time high of $4,366.09, as per a tabulation by CoinMarketCap.

Currently, Ethereum’s Ether coin is trading slightly lower, hovering around the $4,235 price level at the time of writing. Year-to-date, the coin is now up a whopping 474 percent!

We had noted in a recent post that a transition in crypto leadership might be in the cards now. Over the past few bullish cycles, Bitcoin has always led the initial bull run with outsized gains. This phase has been followed by a more general crypto mania under the leadership of altcoins. Given that a futures-based Bitcoin ETF (BITO) has already commenced trading, the most immediate bullish impulse for the world’s premier cryptocurrency has now been realized. This scenario favors a gradual transition toward altcoins, including well-established names such as Ethereum. Today’s development only adds emphasis to this prognosis. 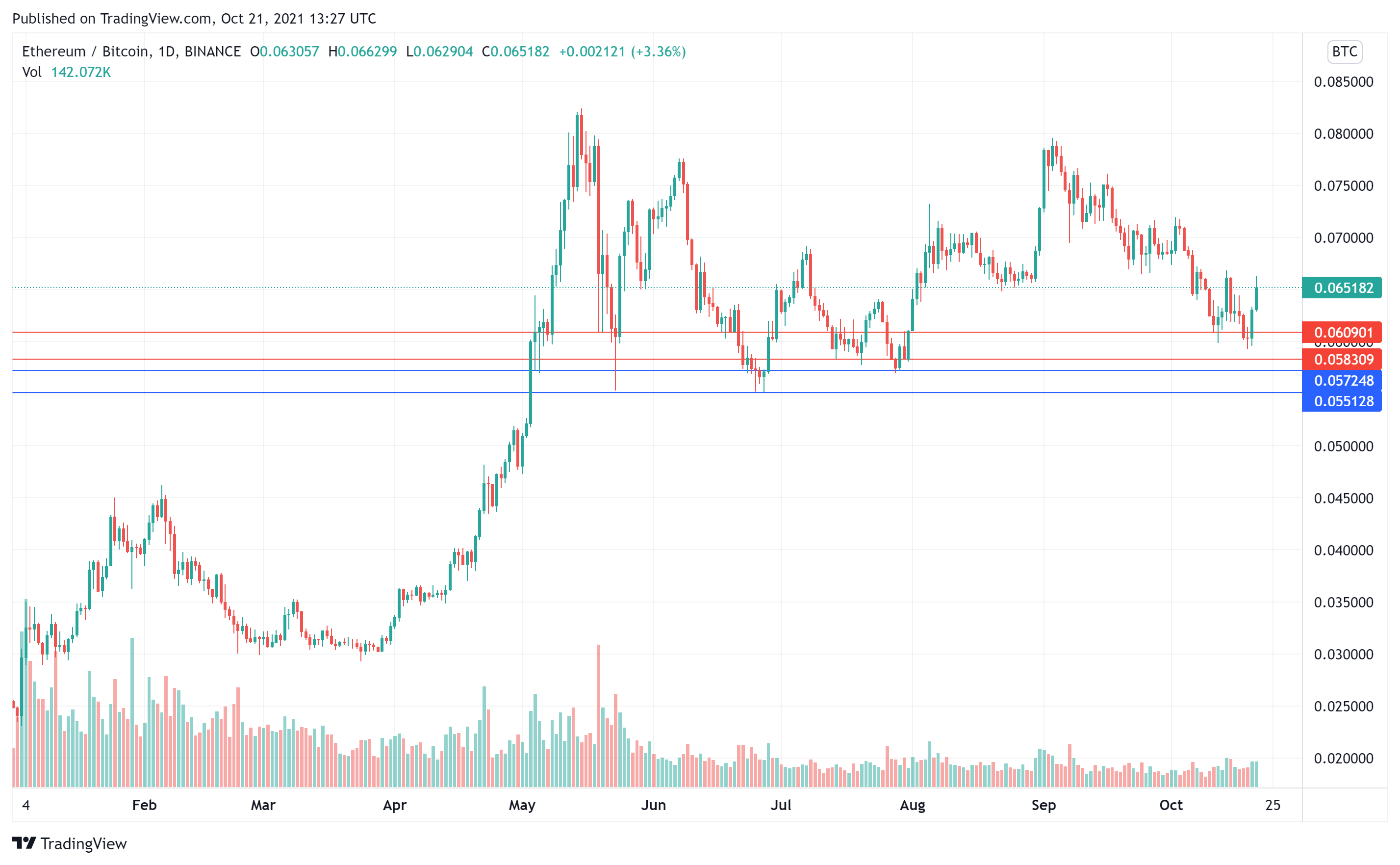 We had stated in our previous post on this topic that the ETH/BTC was nearing a critical support area, paving the way for an exaggerated bounce. This predicted bounce has also now materialized.

On the fundamental front, Ethereum is slated to undergo major changes over the next few months. First, Optimism’s Optimistic Ethereum (OE) – a Layer 2 solution designed to tackle Ethereum’s scalability challenge – is now up for a major overhaul. As a refresher, OE helps Ethereum in running off-chain calculations, publishing only the transaction data on-chain. This has the potential of reducing Ethereum’s gas fees by as much as 100x, paving the way for the uptake of smart contracts. As a part of its upcoming upgrade on the 28th of October, Optimism would become 100 percent compatible with an Ethereum Virtual Machine (EVM). In essence, DApps or smart contracts will now be deployable on OE without undergoing any changes in the code.

Meanwhile, predictions for Ethereum to reach the $10,000 price level are now growing stronger. To wit, the analyst who predicted the ongoing bull run in Bitcoin has now called for a $10,000 Ether coin. Fundstrat's Head of Digital Asset Strategy, Sean Farrell, has told Yahoo Finance Live that he expects Ether to hit the 10K figure soon. This echoes our own projection made toward the start of the summer.

Bear in mind that Goldman Sachs expects Ethereum to eventually overtake Bitcoin, as the open-source blockchain offers substantially more utility than its much larger counterpart. Nonetheless, the Wall Street behemoth only expects this scenario to materialize once Ethereum 2.0 goes live, heralding a move away from energy-intensive mining to a much more efficient staking mechanism for transaction validation.