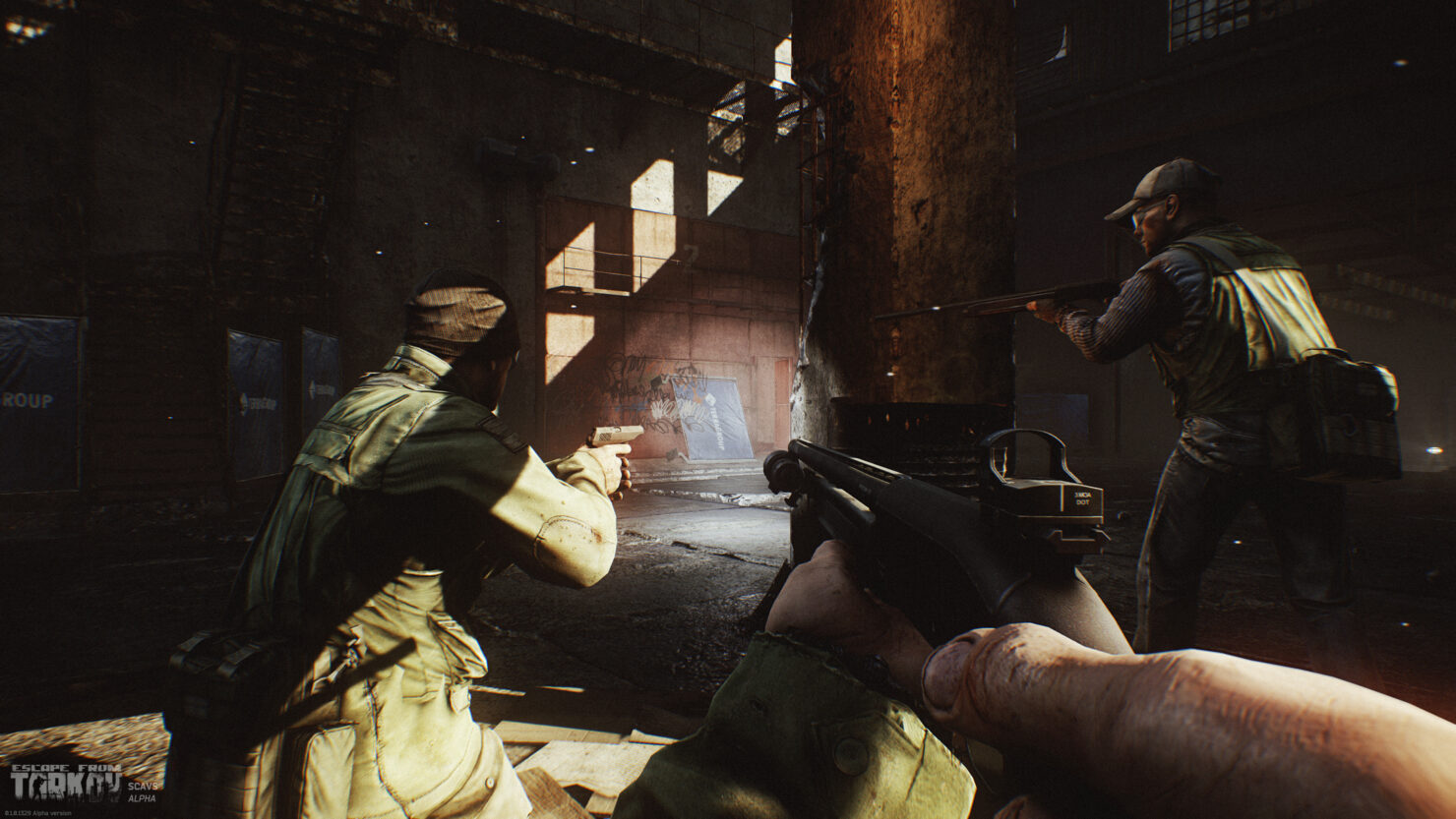 The Scavs faction allows you to team up in parties of up to four players and grab as much loot as possible before dying; this loot can then be added to the arsenal of your main character.

Lore wise, the Scavs are former citizens of Tarkov that have become thugs and marauders after choosing to stay during the evacuation, with the objective to loot whatever possessions the other inhabitants had left behind. If you pick the Scavs faction, you'll spawn together with AI Scavs which won't attack you (unless provoked).

As you might remember from our previous articles, Escape from Tarkov is quite the unique game. It blends RPG and MMO elements with the FPS/TPS genre while being story-driven and hardcore from the gameplay's point of view.

There will be a crafting system, a complex trade system where both players and the AI can be traders, and a clan system. Players will be at risk of losing their equipment upon death, but there are ways to secure it in containers or even via insurance services.

You can read more about Escape from Tarkov in our extensive developer interview from Gamescom 2016. The game is currently in Closed Alpha stage, but it can already be pre-ordered via the official website.

If you purchase the Standard Edition, you'll get guaranteed access to the Closed Beta due to begin this Summer. Should you truly have an itch for playing Escape from Tarkov, there are more expensive editions that also yield a progressively higher chance to enter the Alpha test (50% with the Left Behind Edition, 75% with the Prepare for Escape Edition and 100% with the Edge of Darkness Edition).