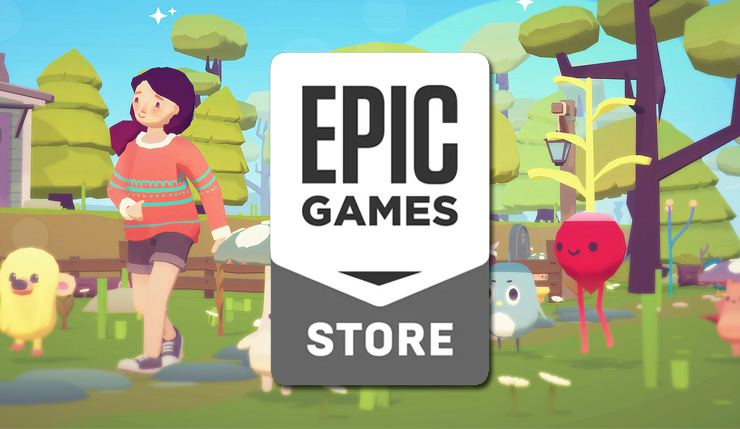 Late last week charming-looking indie life sim Ooblets became the latest game to sign an exclusive deal with the Epic Games Store, which was guaranteed to generate at least some backlash, but the developers of the game opted to take an, uh, different approach to announcing the EGS deal. For the most part, the message was just an honest accounting of why Ooblets developer Glumberland went with the Epic Games Store (basically, they offered them a minimum guarantee on sales), but they also made a few sassy comments downplaying people’s issues with the EGS and its launcher. Personally, I though the message was all in good fun, but sometimes the Internet doesn’t have much of a sense of humor.

The negative response has been way more intense than Glumberland expected, with the two-person team being “just devastated” with 10s of thousands of angry messages. Worse, fake/offensive screenshots and videos attributed to Glumberland’s Ben Wasser have begun making the rounds…

Gotta quickly address the faked screenshot going around of me supposedly saying "gamers would be better off in gas chambers". Obviously never said that, and as a Jewish person, this one really hurt to see being spread around.

It'd help if you could report people spreading it.

So now there's a video going around claiming to show me in-realtime posting the fake message and then deleting it.

People are believing it bc it's so outlandish that anyone would spend all the time to fake a video like that just to attack me, but that's legit where we're at.

During all this controversy, Epic Games boss Tim Sweeney didn’t exactly help the makers of Ooblets out, posting the following glib tweets.

In response to community feedback, I have reviewed the tone of the Ooblets exclusivity announcement and wish to make the following official statement 1/2

Well, it seems Sweeney and Epic have thought better of their earlier response, and have issued a new statement, vowing to support partners facing harassment.

The announcement of Ooblets highlighted a disturbing trend which is growing and undermining healthy public discourse, and that’s the coordinated and deliberate creation and promotion of false information, including fake screenshots, videos, and technical analysis, accompanied by harassment of partners, promotion of hateful themes, and intimidation of those with opposing views.

Epic is working together with many game developers and other partners to build what we believe will be a healthier and more competitive multi-store world for the future. We remain fully committed, and we will steadfastly support our partners throughout these challenges. Many thanks to all of you that continue to promote and advocate for healthy, truthful discussion about the games business and stand up to all manners of abuse.

While I think the anger is overblown, there are certainly reasons to be irritated about the way Epic is establishing themselves in the marketplace. That said, don’t forget that video games are made by actual human beings. If you’re frustrated about the EGS stuff, take that out on Epic, not a tiny indie developer with no PR department to defend them. Dumping hate on two regular folks who were just trying to do the best thing for their business achieves absolutely nothing, except earning you some bad karma.

Ooblets hits PC via the Epic Games Store and Xbox One sometime in 2019.