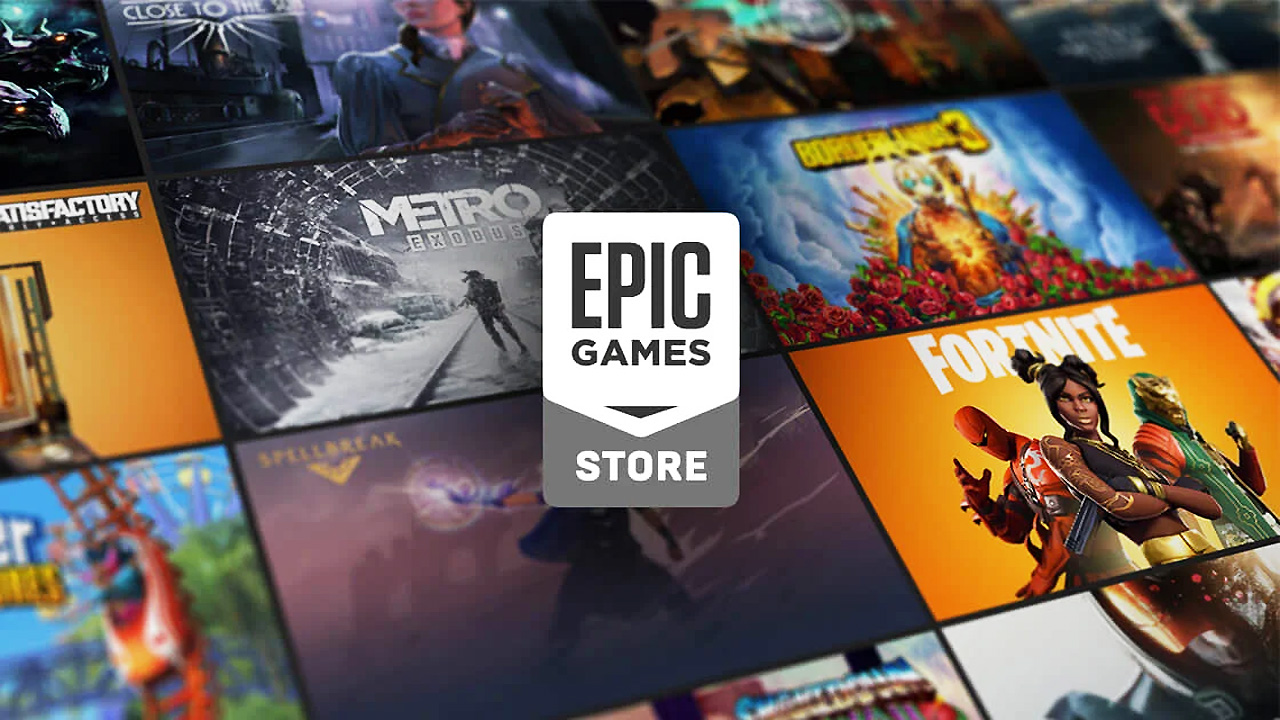 A little over three years after its launch, the Epic Games Store remains a surprisingly hot topic amongst PC players, but just how well is the storefront actually doing? Well, according to Epic’s latest annual report, the store continued to grow in 2021, expanding from 160 million users at the end of 2020 to 194 million in 2021. Monthly active users peaked at 62 million in December (up from 56 million a year ago), and overall spending was $840 million, up from $700 million. It should be noted, this growth was achieved with far fewer Epic Games Store PC exclusives than in the past.

That said, while there was some modest growth, a closer look at the stats aren’t that encouraging. While the Epic Games Store brought in $840 million overall, only $300 million of that came from third-party games (EGS and it’s launcher is still mainly used for Fortnite). There was one thing that was an undeniable hit on EGS – free games. 765 million weekly free games were downloaded via EGS in 2021, which means that for every free game players downloaded, they only spent around 40 cents actually buying stuff. In other words, while the exclusive game deals have declined in frequency, the Epic Games Store is still being propped up in another way.

As for what we can expect in 2022, Epic will fully launch their self-publishing tools, which should greatly increase the EGS library. On the consumer side, free game giveaways will continue, and there are plans to roll out full user profiles…

Epic Achievements were the first step to bringing fleshed-out player profiles to the store. Profiles will give players a place to see all of their achievements in one place, track their playtime across their library, and more. We’ve heard a lot of feedback from players regarding Library and Download management, and we’re going to be actively addressing those in the coming year. That includes the ability to prioritize and queue selected games for downloads, more options to help you filter and organize your library, letting you see more of your games in the library view, and the functionality to view your library outside the launcher.

Plus so much more: 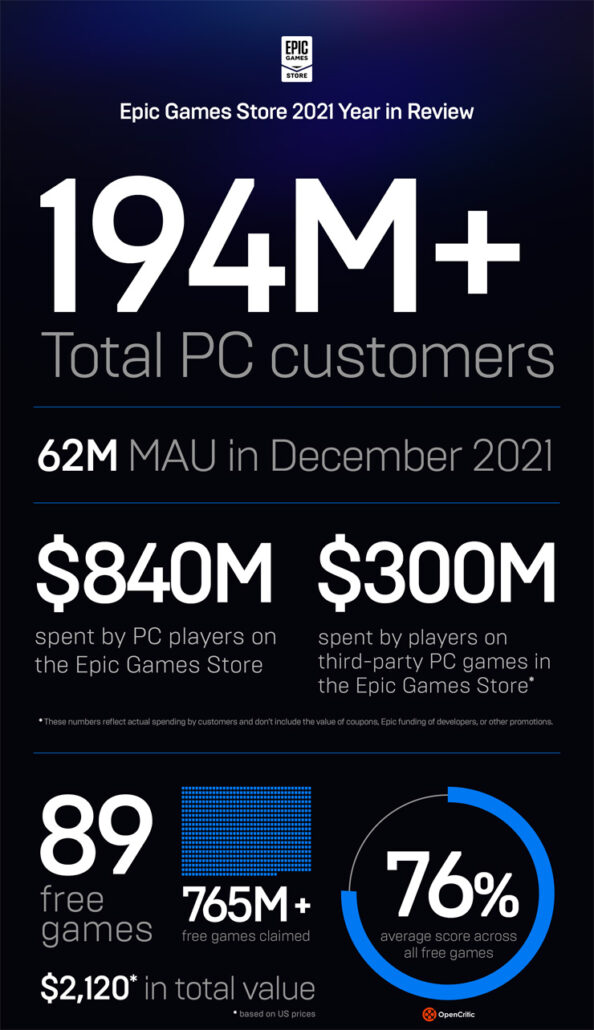 Three years into the experiment, have you mellowed on the Epic Games Store at all? Or are you still giving it the cold shoulder despite Epic’s best efforts? For those who aren't, Epic Games Store is currently in the midst of its Lunar New Year Sale.