Epic Games is looking to increase the adoption of its very capable graphics engine platform, Unreal Engine by offering something that very few vendors currently can do at the moment. Crytek certainly isn’t in a position to offer any sort of assistance on the scale that Epic Games is; Unreal Dev Grants. 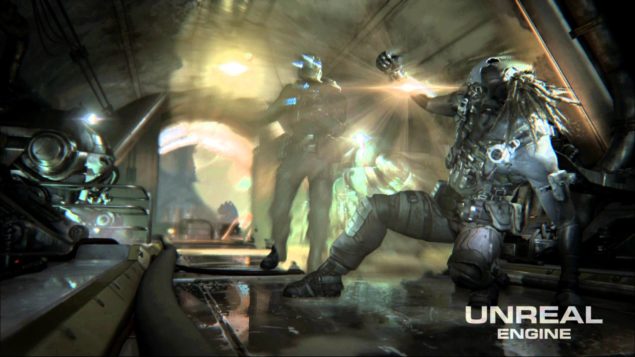 Epic Games has a $5 Million fund that’s to be used solely for budding developers who apply for it.

GamesBeat was recently able to chat with Tim Sweeney of Epic Games about this newly created fund. They report that the only real caveat when applying for and using the grants supplied by Epic Games is that they, obviously, must use the Unreal Engine 4. Other than that, it seems as if there are very few rules, and that it’s essentially a “no strings attached” affair that enables even the most inexperienced of developers a chance to fund their own game.

It seems that this decision stems from Sweeney’s own experiences with game development from when he himself was a young man. He shared his experiences and challenges that were associated with developing his very first game ZZT and how money was certainly the largest issue. Apparently he took to odd jobs to fund his development. Sweeney says rather succinctly that the idea behind the large fund is;

“The goal of this is to help people develop more games without having to mow lawns,”

Interestingly, Sweeney and Epic Games don't just want this to be a platform for game developers either. He also invites creative people from all industries to make use of the Unreal Engine to create, well, anything, from visualizations of the real world for more scientific projects to even animated stories made with Unreal technology, similar to the Source Filmmaker or the Crytek Cinebox. Also, this could very well be a great platform for making special effects for movies, in the aforementioned

The grants themselves will be given out based on what the team at Epic Games deems to be creative, inspired and generally all around interesting to them. You can receive between $5,000 and $50,000.

Another very important point that Sweeney did mention, is that there is no contract by accepting a grant, aside from the aforementioned use of Unreal Engine. You do with the money as you will, you publish via the route that makes sense to you and you most certainly keep the intellectual property rights to your ideas.

It’s fascinating because it opens a tremendous amount of doors for those where it previously wouldn’t be. It allows those that simply don’t have the capital or aren’t blessed by their own incomes to fund such things, to seek out and take hold of a great opportunity. Making games takes time and money, whether that’s because the tools cost money or your time does. Either way, it should be a great opportunity for everyone. It’s a true investment into the future of the industry.

So head on over to the Epic Games source and start applying, I’m curious to see how this progresses and what new games and other projects come out of it.