Enermax To Showcase First Ever Water Cooler At Computex 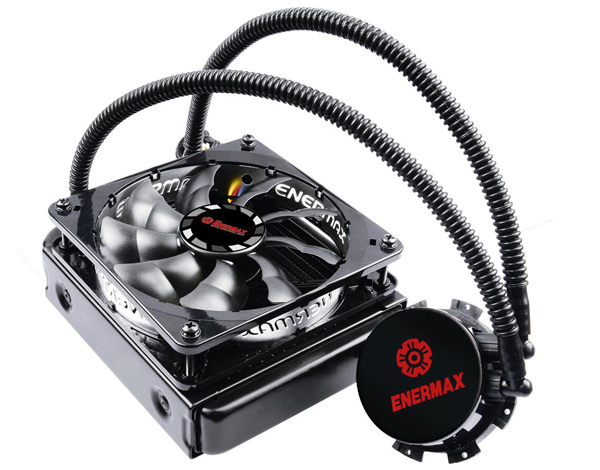 Enermax, known  for their efficient PC cooling fans have announced the induction of a new product on their assembly line based on watercooling for the first time ever that, they say will be seen as revolutionary into the world of PC hardware water cooling.

The new product hasn’t been given a name yet but will be featured on the General Assembly at the 2012 ComputeX.

Expreview on the other hand, had only got their hands on a press release image however it does look in terms of looks and design like the Corsair Hydro H70 which also features a closed pre liquid filled watercooling loop complete with a radiator, 120 mm fan as well as the cooler and a built in motor that drives the fluid around while taking power from the 3 pin PWM power connector.