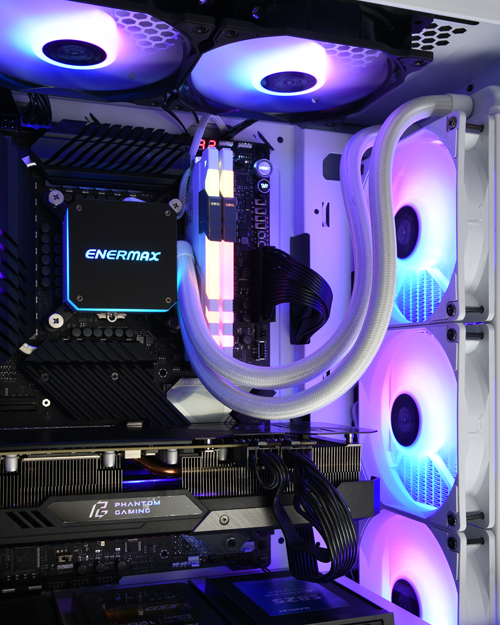 The LIQMAX III 360 ARGB AIO cooler design features an all-white design; this design is showcased in the white fan frames, white tubes, and even a white radiator. Any PC builder looking to create an all-white PC system may want to look into this fantastic AIO cooler. This white design isn't continued to the top of the CPU water block, as this is a black coloring with the Enermax logo being RGB lit. 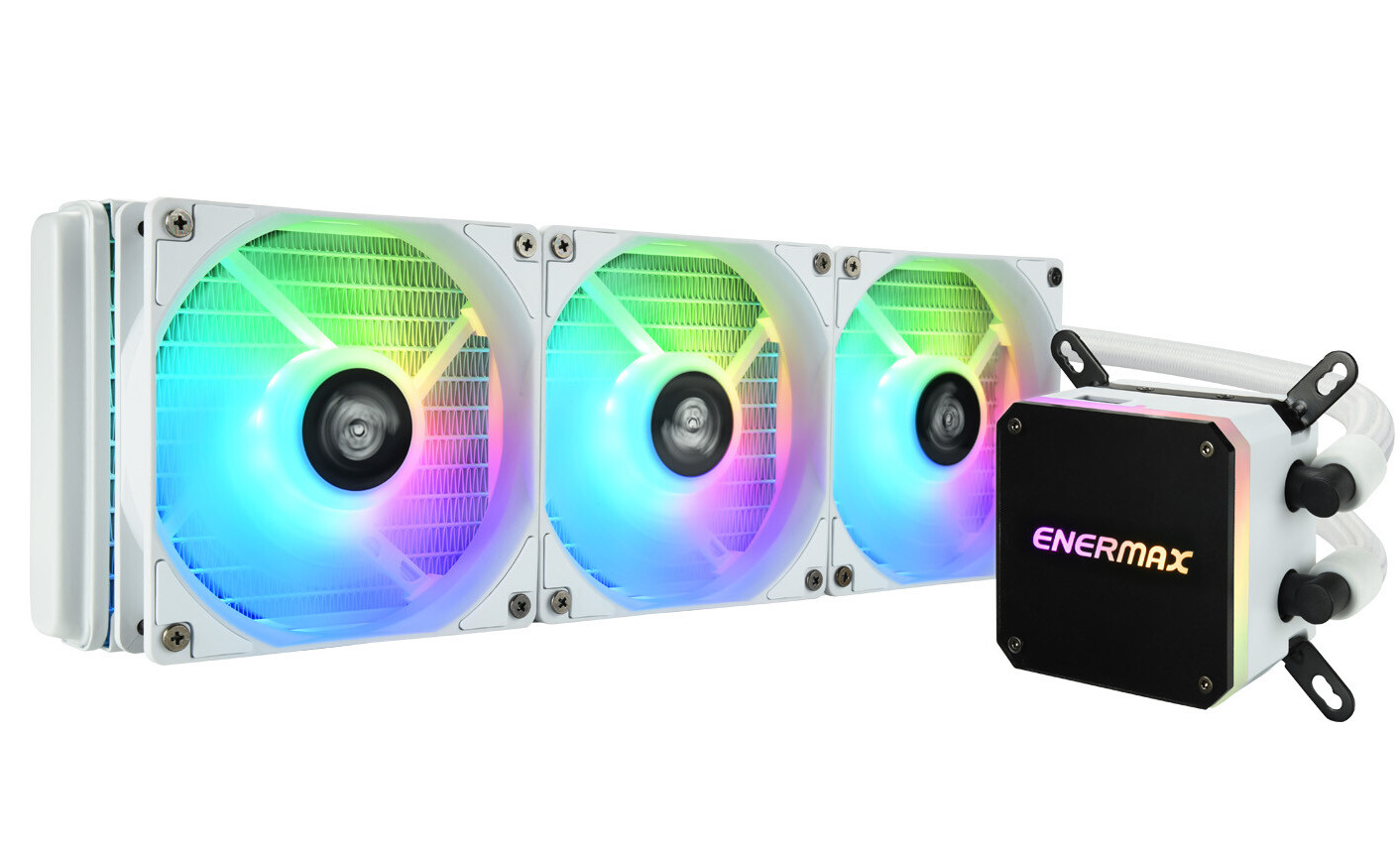 This AIO cooler features a CPU block with a patented dual chamber design water block, and this design isolates the pump from the heat to prolong to cooler's lifetime. The Shunt-channel technology supplements this patented dual chamber design. The Shunt-channel technology is specific grooves on the cold plate, and this design can inject the coolant at the hottest spots to ensure a constant coolant flow path. 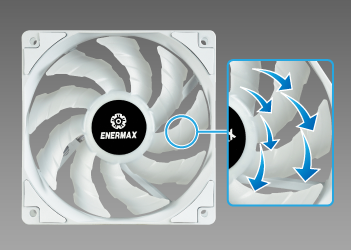 These features, along with the 360 mm long radiator, enable this AIO cooler to cool up to a 360-watt processor; the included fans features dual-convex blades that efficiently cool the radiator.