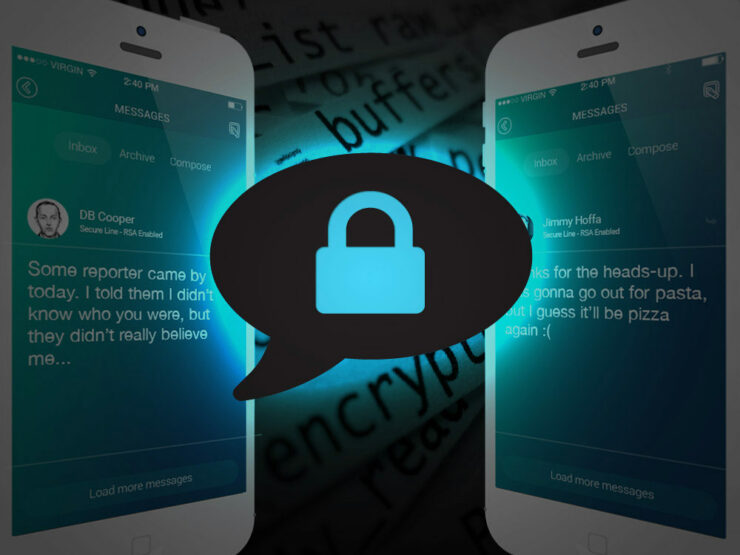 Almost all of us know that the age of SMS is gradually coming to an end. This is due to the fact that a number of messaging apps have come into play that offers free services. So why spend money when you can do the same thing for free? But with great ease comes great hardship too. We live in the post-Snowden age and we now know what sort of privacy dangers we are exposed to. Digital snooping, identity theft are just two of the problems we face. Government agencies often try to access private messages. People are now moving towards end-to-end encrypted messaging apps.

WhatsApp and Viber are two of the big names that are already using end-to-end encryption. But I won’t talk about them; everyone knows what these apps are. If you are looking for some other end-to-end encrypted messaging apps, then here is a list of some of the best ones available for Android users.

The other day I heard someone say that Snowden uses this app so I just had to check it out. This app by Open Whisper Systems is an amazing app for every user who is extremely security conscious. With this app you can send text messages, voice calls, group messages, media and attachments. The app also offers a self-destruct feature that you can use to basically ‘destroy’ messages after a certain time period. You can even use the app from your desktop. Very WhatsApp like if I must say. It also offers encrypted video calls. Good feature right?

It is very easy to use and the app has very straightforward features. All you have to do is install it. You can use it as a standalone app or even as a default SMS app. It is open-source and it is regularly audited so it is probably one of the best end-to-end encrypted messaging apps.

No doubt this is one of the most user friendly options available in the market. It is marketed as the fastest app available and I will be honest. I loved it. You can easily send encrypted messages by linking Telegram account to your phone number and you are good to go. Like signal, it also offers a self-destruct option. Messages, group chats, media etc. is encrypted. You can even edit your photos and videos and create stickers and GIFs. This app promotes speed, security and safety. The three S’s of Telegram set it apart from other apps.

This app can be used by Windows phone users as well. Users using this platform can be contacted by using user names and not only numbers like most messaging apps. This feature brings it closer to social media apps.

This app isn’t a much known app. It works in pretty much the same way like other end-to-end encrypted messaging apps out there. The app allows you to send messages, voice messages, and videos to other Wickr contacts. This app also offers a self-destruct feature. It also deleted metadata like geo-tags and message times. Its ‘Secure Shredder’ feature allows you to erase attached files, messages and other data forms in case someone tries to recover it.

“End-to-end encryption is kind of table stakes these days,” Joel Wallenstrom said. “We’re really trying to break through the idea that you have to keep everything forever, and that just layering encryption on will save the day…A setting that makes secrets not stick around forever is a good thing.”

This app is a great replacement for the regular SMS used on Android. It uses the same encryption system as Signal. It is easy to use and does not require users to do signups and logins. The app itself is enough. One thing I loved about this app is that it requires a passphrase to open and read messages. So in case you lose your phone, you don’t have to worry about your private messages being read by anyone. All your messages are protected by an encrypted database. If two people use Silence to send messages, the messages become end-to-end encrypted. If, however, only one person is using Silence, then the app will work like a regular SMS application with no encryption.

I loved this app. This is definitely a favorite. It has a lot of features and is highly encrypted. Using Wire, you can send messages, GIFs, music, do video and voice calls etc. Everything done using Wire is private and highly encrypted. The company markets the app using its no profiling rule. This means that the company does not read your messages and does not share information with others either. You can use it on desktop as well. You can control the length of time others can view a message and if you send a message to the wrong person accidentally, you can delete it from the receiving device.