Tesla’s CEO and world famous entrepreneur, Elon Musk, is starting up a new venture for US$ 1 billion called OpenAI. It will be a nonprofit based research company which will be dedicated primarily towards the advancement of science and ethics of artificial intelligence (AI). It’s quite commendable to see the ambitious and dedicated entrepreneur starting this new venture even though he’s already got a lot of workload from both Tesla and SpaceX. 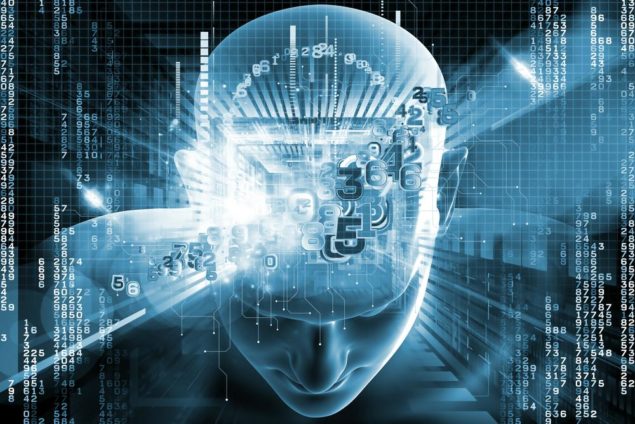 "Our goal is to advance digital intelligence in the way that is most likely to benefit humanity as a whole, unconstrained by a need to generate financial return," the OpenAI team wrote in a post announcing the US$1 billion initiative. "Since our research is free from financial obligations, we can better focus on a positive human impact. We believe AI should be an extension of individual human wills and, in the spirit of liberty, as broadly and evenly distributed as possible."

Elon Musk is going to act as a co chairman for the new venture OpenAl. OpenAI is also supported by Peter Theil – the cofounder of PayPal - and Netflix’s Reed who are both very well-known Silicon Valley people. The company’s major aim is to help ensure that the future potential of the artificial intelligence is fully utilized. AI is basically a spectrum of uncountable tech related opportunities which if understood properly can bring countless benefits to the society and if it’s not, then it can bring destruction too.

"AI systems today have impressive but narrow capabilities," the founders say. "It seems that we'll keep whittling away at their constraints, and in the extreme case they will reach human performance on virtually every intellectual task. It's hard to fathom how much human-level AI could benefit society, and it's equally hard to imagine how much it could damage society if built or used incorrectly."

Elon Musk has already realized how disastrous these AI systems could be when he coupled with some others called for a ban on self-directed weapons that can figure out where humans are and can fire without any sort of human intervention.

"[AI] technology has reached a point where the deployment of such systems is – practically if not legally – feasible within years, not decades, and the stakes are high: autonomous weapons have been described as the third revolution in warfare, after gunpowder and nuclear arms," the signatories wrote in an open letter.

"The key question for humanity today is whether to start a global AI arms race or to prevent it from starting. If any major military power pushes ahead with AI weapon development, a global arms race is virtually inevitable, and the endpoint of this technological trajectory is obvious: autonomous weapons will become the Kalashnikovs of tomorrow." 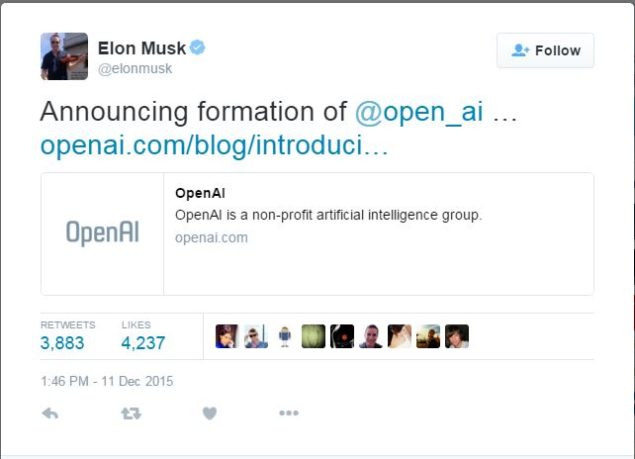 OpenAl’s major concern is not only related to threatening killer robots. But OpenAl is mainly concerned about finding out all the possible opportunities that can be created by using AI meaning that it is designed to have a deep research on the whole nitty gritty of AI. OpenAl is also free for others to collaborate with, other researchers are welcome if they have the same area of interest in the research sector as OpenAl.

"We discussed what is the best thing we can do to ensure the future is good?" Musk told John Markoff at The New York Times. "We could sit on the sidelines or we can encourage regulatory oversight, or we could participate with the right structure with people who care deeply about developing AI in a way that is safe and is beneficial to humanity."

If you to check out more go to this dedicated blog  and follow them on twitter. Let us know your thoughts in the comments below.