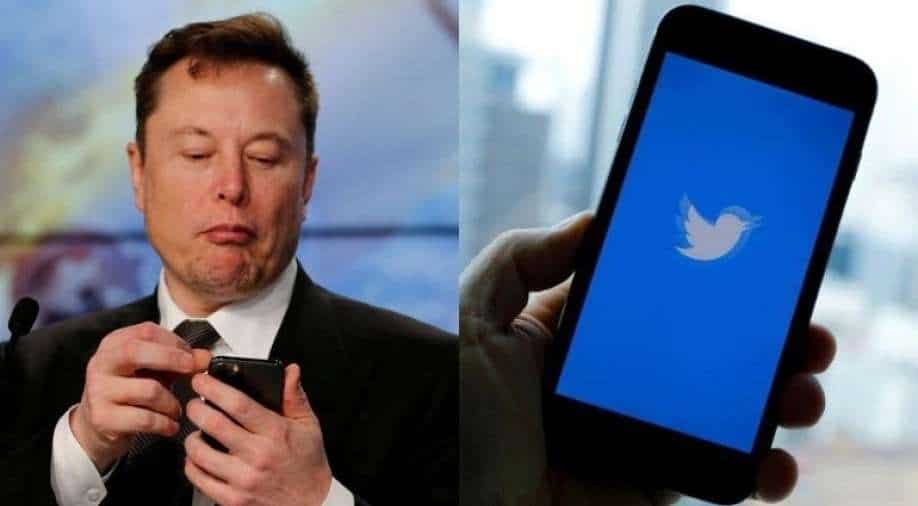 Twitter (NYSE:TWTR), the social media giant that continues to enthrall the wider financial world amid escalating stakes in a takeover bid, might now have to contend with a tender offer from Elon Musk, the CEO of Tesla.

In a cryptic tweet, Musk has now hinted at a tender offer, which allows a potential acquirer to bypass the target company’s board and purchase shares directly from the ordinary stockholders.

Of course, Twitter’s board has also deployed countermeasures, with the most significant one involving what is known as a poison pill measure. Since Twitter has not filed the requisite form with the SEC at the time of writing, we still do not know certain crucial details about this measure. Nonetheless, as can be gleaned from the company’s press statement on Friday, the poison pill will presumably be activated if any entity acquires a stake of 15 percent or more in Twitter without the board’s approval. Once triggered, the poison pill will remain active until April 2023 and allow other shareholders the right to purchase additional shares of Twitter at a yet-to-be-announced exercise price, which is expected to be around half of the prevailing stock price of Twitter.

Crucially, we do not yet know whether the poison pill will also try to hinder other large investors from colluding with Musk over his takeover bid. Prima facie that does not appear to be the case. If so, it might be ridiculously easy for Musk to mount a joint attack with the likes of Silver Lake Partners, the private equity firm that had provided assistance to Musk when he was mulling over the idea of taking Tesla private back in 2018. In fact, as per the reporting by NY Post on the weekend, such an eventuality seems quite likely.

Twitter also seems to have attracted a take over interest from the private equity firm Thoma Bravo, as per the reporting by Bloomberg and Reuters, which renders this entire situation in a near-constant state of flux.

Wow, with Jack departing, the Twitter board collectively owns almost no shares! Objectively, their economic interests are simply not aligned with shareholders.

Meanwhile, an apparent confusion erupted over the weekend regarding the supposedly nominal stake that Twitter’s board has in the company. The snippet below details the latest snapshot of Twitter’s insider ownership. Bear in mind that this information only includes the proportion of RSUs and PRSUs that vest within 60 days of the date of record for the filing of the Form DEF14A. 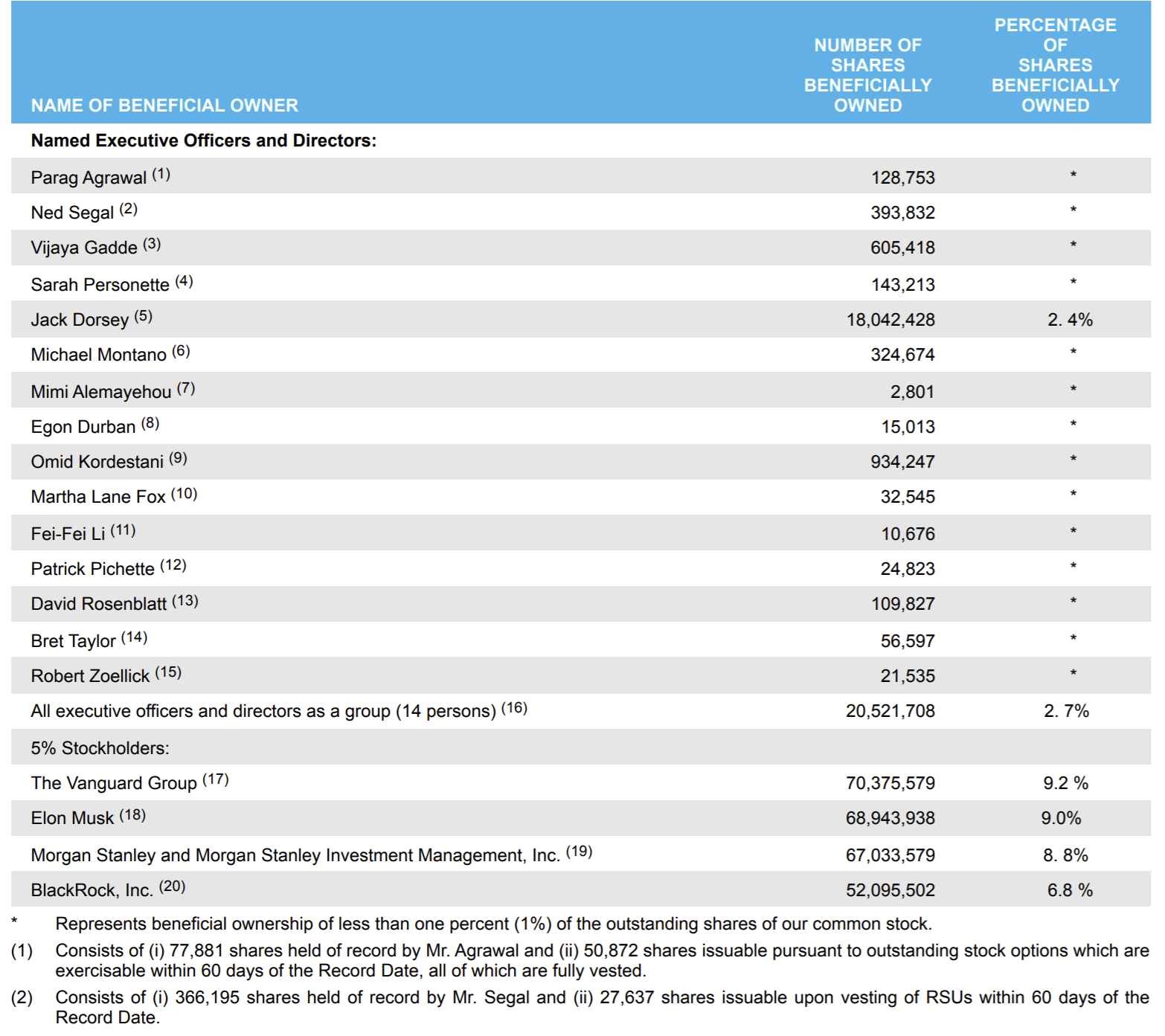 Since a majority of Twitter’s board involves new entrants, most of the members’ RSUs and PRSUs are yet to vest, which paints an artificially low picture of insider ownership currently. Excluding RSUs and PRSUs that vest beyond the 60-day limit from the date of record, all Twitter executive officers and directors own just 2.7 percent of the outstanding shares.

Bear in mind that it is in Musk’s interest to portray Twitter’s board members as having misaligned interests vis-à-vis shareholders. A nominal board stake in the company would bolster Musk’s claims in the court that the board is not sufficiently invested in the success of Twitter.

Of course, Elon Musk is no longer the largest investor in Twitter, with that mantle now resting with the Vanguard Group, which currently owns 82.4 million shares, thereby corresponding to a stake of 10.3 percent in the social media giant.

Update: Twitter has now Revealed the Details of its Poison Pill Measure

The details of Twitter's counterpunch to Musk's takeover efforts have now emerged. In a Form 8-A filed just moments ago, Twitter has authorized a dividend that will be issued to every shareholder, and take the form of a rights certificate. These rights will become exercisable on the 10th business day from the date on which any person or a group of persons discloses a cumulative stake of 15 percent or more in Twitter without the board's approval.

Specifically, every such right will allow a shareholder the opportunity to buy one-thousandth of a preferred share (which is roughly equal to 1 common share) at an exercise price of $210. Practically, this step would grant each shareholder more votes, making it difficult for Musk to push through his takeover bid in a coercive manner. Moreover, the rights also allow a shareholder the opportunity to purchase, in case of a flip-in trigger, a number of common shares "having a then-current market value of twice the exercise price."