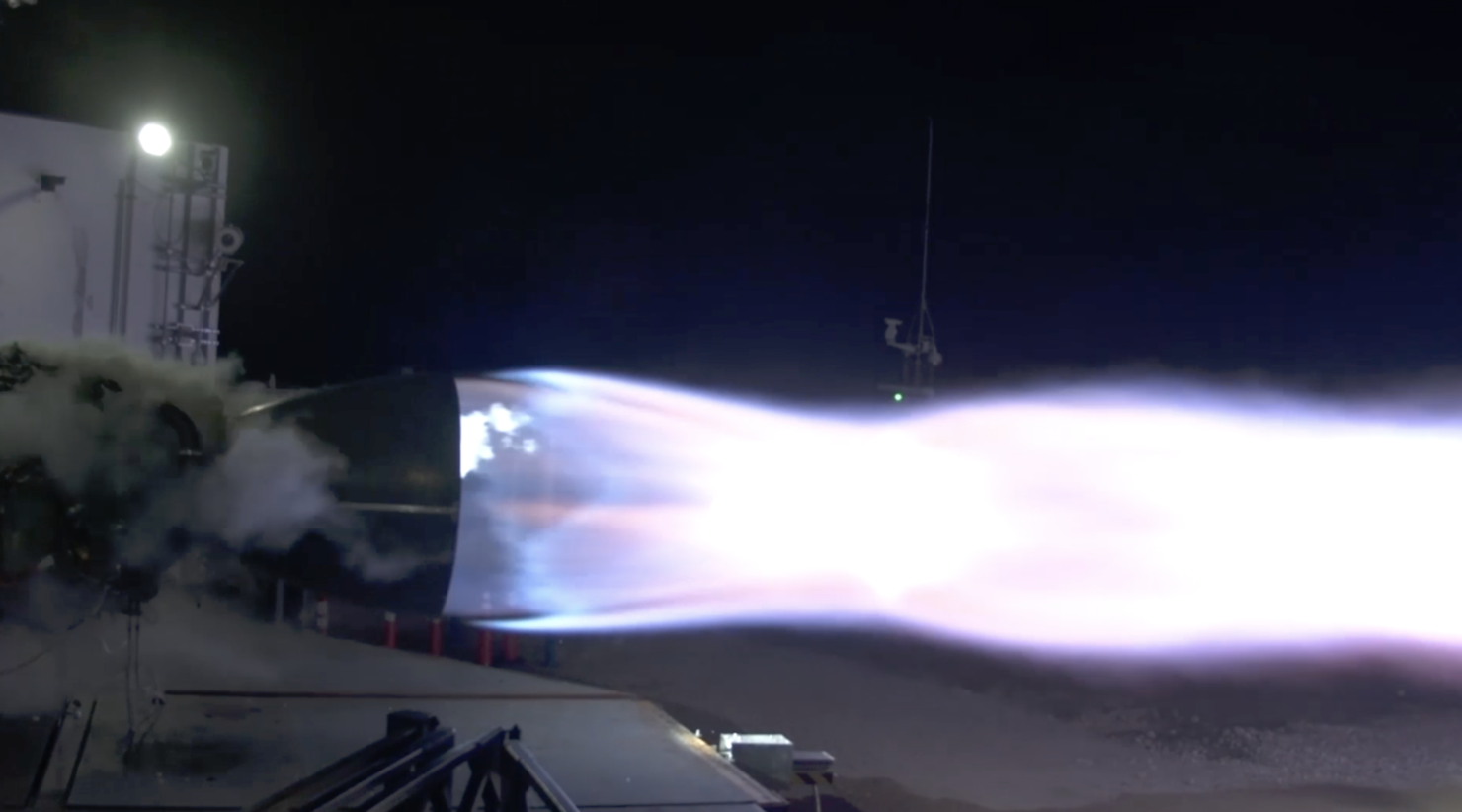 SpaceX's Raptor engine during a test fire. The Raptor will power the first and second stages of Starship and uses Methane for its fuel. SpaceX intends to drill methane from the La Pita Well No. 2R confirmed Lone Star's attorney during the hearing. (Image: SpaceX)

Following NASA's decision to award three companies a contract to manufacture and design human landing systems for the moon's surface, interest in Hawthorne, California-based aeronautics corporation SpaceX's Starship launch and landing vehicles has been refreshed. Starship, which was initially referred to as the 'Big Fat Rocket' by SpaceX management, is the company's competitor to Boeing's Space Launch System. The SLS is planned to do most of the heavy lifting of NASA's Artemis missions spanning this decade, and SpaceX, as always will look to provide the space agency with a more affordable solution as reliable as the company's Falcon 9 rocket lineup.

To that end, SpaceX chief design engineer and top executive Elon Musk took to Twitter for comments on expected launch costs for Starship. The landing vehicle's original design intended it to undertake a flight to Mars, with in-orbital refueling to aid it after exiting earth gravity. As opposed to Boeing's Orion crew vehicle, Starship is capable of exiting the moon's orbit on its own, and SpaceX's strong performance in the Technical area of NASA's evaluation of human landing system attests the agency's confidence in the company's ability to execute such complex missions.

In statements made on Twitter on Thursday night, Mr. Musk entertained the possibility of bringing down launch costs for the Starship platform by capitalizing on economies of scale. The executive believes that for flights that are made to low earth orbit, Starship and its Super Heavy launch vehicle will cost $1 million/launch, provided that fuel costs are eliminated. With fuel, Mr. Musk hopes that SpaceX will be able to bring down costs to $150,000/launch – for a total sum of $1.5 million when delivering 150 tons to orbit.

When understanding the scope of these statements, readers are advised to keep in mind that currently, SpaceX charges roughly $150 million/launch for delivering 70 tons to low earth orbit. These are military payloads, with the Falcon Heavy being the only launch vehicle from the company that is certified to deliver them.

Artistic representation of the SpaceX Starship landing vehicle's legs. The legs, along with the vehicle's landing system will prove to be a critical factor in its use. (Alex Delderfield/Twitter. ACCESSED on 8th May 2020)

Returning to the moon missions, the executive also believes that over the years, Starship will cost buyers roughly $20/kg to $30/kg for delivering lunar payloads. Naturally, these prices assume that the full payload capability of the launch vehicle is being utilized, and payloads are delivered regularly to the lunar surface. In other words, the price ranges mentioned today do not represent one-off launches, which are likely to cost more.

Yet, the conditions highlighted above are just the kind offered by earth-to-earth, terra transport plans that SpaceX's management has for Starship. Provided that Starship is tested adequately, and regulatory and transportation bodies approve the vehicle for commercial use, SpaceX will manage to save significantly on fixed costs such as those for repairing and declaring flight worthiness of a vehicle.

SpaceX's primary competence of re-using its rocket boosters has proven to be a key aspect in the company's capability to bring down launch costs. With the Raptor engines for Starship and Super Heavy, the company will have more thrust to play around with its operations, but unless its competitors manage to deliver on both the thrust and reusability front, SpaceX will continue to have a unique edge over them.