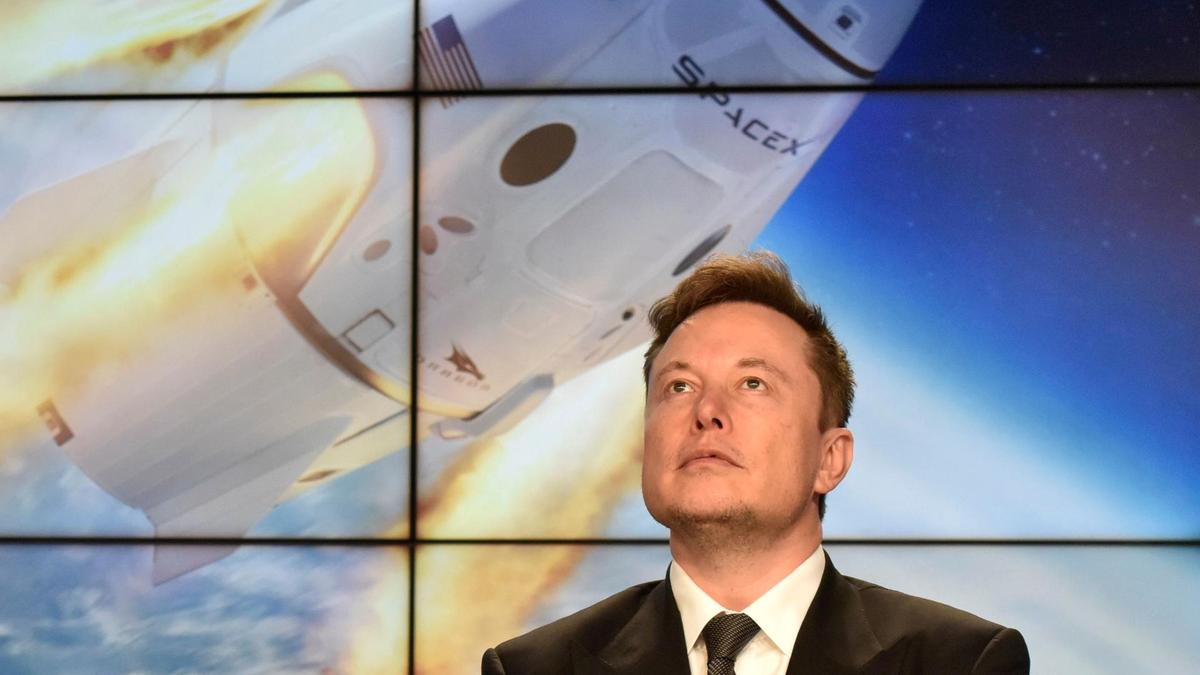 The Twitter poll by Tesla chief Elon Musk which asked followers whether he should liquidate 10% of his Tesla holdings in light of criticism regarding unrealized stock gains being untaxable, received a little over two million votes in favor of him selling roughly 24 million shares. Mr. Musk is known for making big announcements on Twitter, especially about Tesla, some of which have landed him in hot waters with regulators.

Tesla's stock has skyrocketed during the second half of this year, even after it made hefty gains last year as the company streamlined production in its Shanghai Gigafactory. Musk owns 23.1% of Tesla shares, which translates into $278 billion of the company's market capitalization as of Friday. Based on this, should the executive stand true to his words, he will liquidate close to $30 billion worth of stock.

Coincidentally, this liquidation will follow Cathie Wood's Ark Invest, also selling close to 100 million dollars of shares of a company that has been nothing but a darling of investors all around. Aiming to make electric vehicles a mass market phenomenon, Tesla is the first American carmaker to have successfully made deliveries in large number, after years of struggle which saw the company's employees working in tents.

The poll to determine whether he could sell millions of shares came after Musk responded to criticism often aimed at billionaires accusing them of avoiding taxes on their wealth despite being worth hundreds of billions in dollars.

Elon Musk's Tesla shares are visible in a Tesla prospectus filed with the Securities and Exchange Commission (SEC) in August 2021. Image: DEFA14A filed 2021-08-26

Soon after the poll ended, Musk refused to divulge which option was his preferred outcome. The two choices were a simple yes and no to ask whether he should sell 10% of his $278 billion Tesla holdings.

In response to a question asking about this, he replied:

I was prepared to accept either outcome

Additionally, Musk did not hold back at those floating opinions suggesting that he wants to find a suitable excuse to sell Tesla shares due to them being overvalued. Joined by the Whole Mars Catalogue, his reply was:

Doing the opposite of whatever that insufferable numbskull says would be a great way to invest! 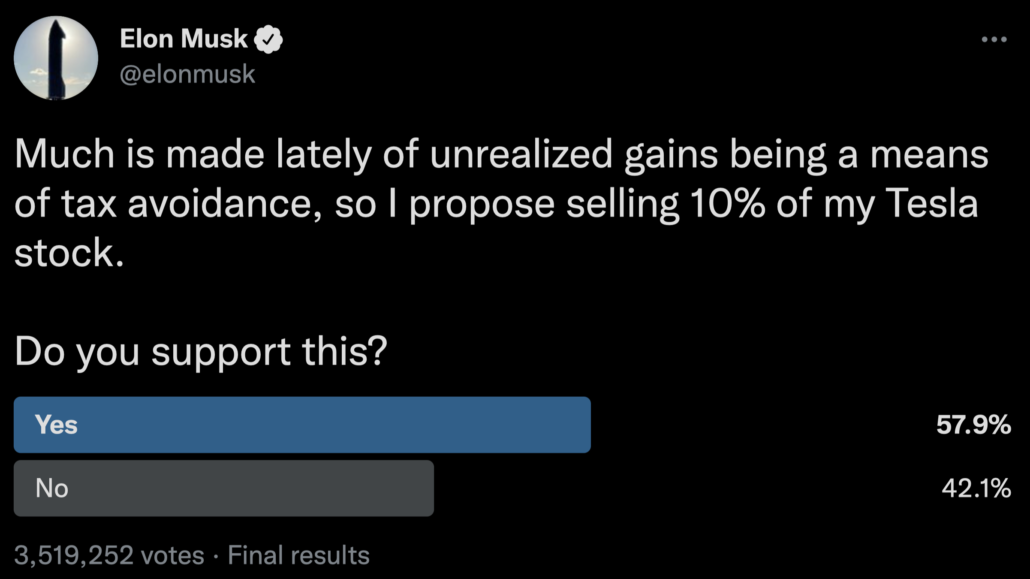 This recent response to public opinion comes after Musk also offered to sell $6 billion of shares if the World Health Program would publicly lay down its plans for using it to help with world hunger.

Mr. David Beasley of the World Food Program (WFP) replied to Musk, and after asking him to meet in person, he laid down a brief summary of how $6 billion could help feed 43 million people in 42 countries for one year.

This summary outlined that:

Systems in place in all 43 countries. 115 million people assisted last year. Just a matter of scaling up.

He then shared a link explaining the summary, which shared that nearly a quarter of the 42 million people are located in Northern Africa, with the continent as a whole accounting for nearly 21 million who stand at risk for a famine.

The WFP also outlined that out of the $6.6 billion, $4.2 billion would be used to provide food, and the rest would be transferred in the form of cash. One-sixth or more than a billion of the $6.6 billion will be spent in Yemen, after which South Sudan, Ethiopia and Syria would collectively see $1.8 billion in aid.