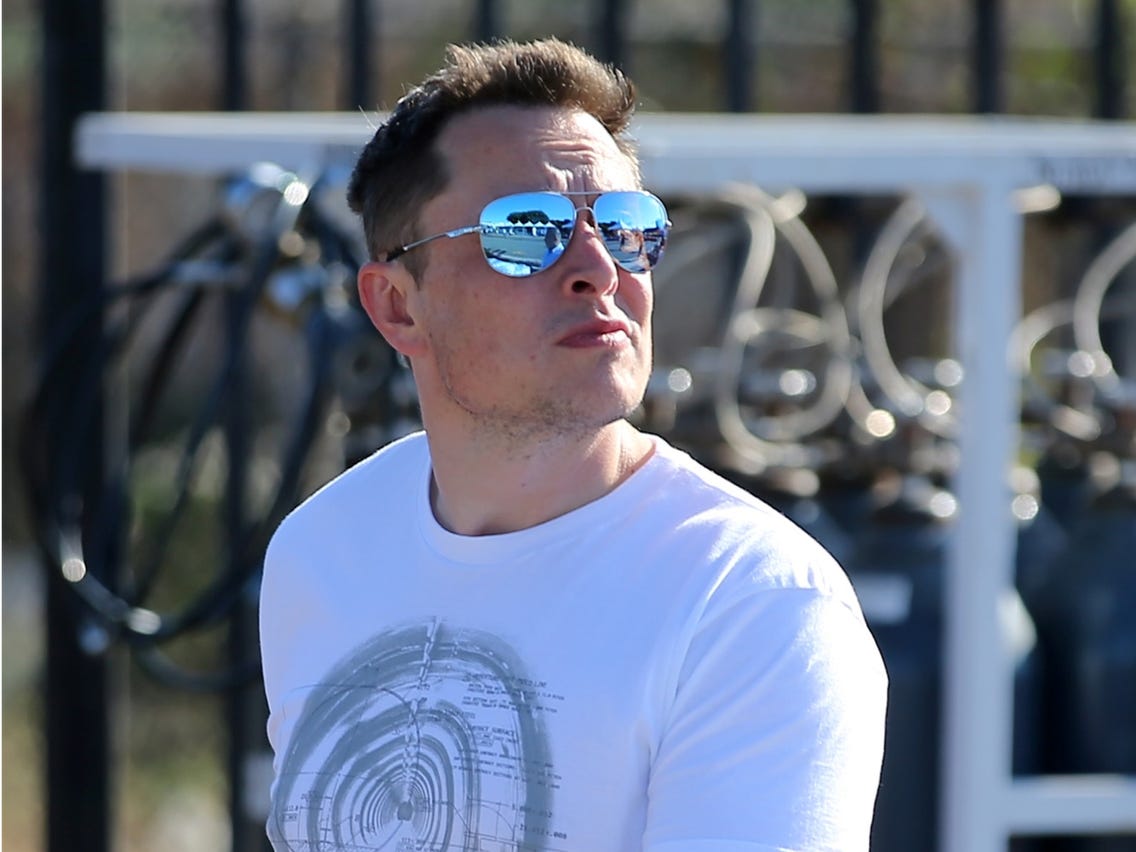 Electric vehicle and aerospace billionaire Elon Musk's bid to take over social media network Twitter, Inc took an ugly turn when a company executive personally targetted the executive and stated that Twitter had to regulate speech in order to push users to make the right choices. The video, which is a personal conversation between Twitter's Lead Client Partner Mr. Alex Martinez and a member of the group dubbed 'Project Veritas' in which Mr. Martinez discusses his company's take on regulating information on its platform and Mr. Musk's attempt to change things at Twitter by buying the company. It ends with the Twitter executive commenting on an email shared with employees warning them about Project Veritas and being glad that he had avoided being targeted by the group.

The bombshell video clip surfaced earlier today and was published by the Candian right wing publication The Post Millenial. It was also, rather ironically, shared by a Florida based journalist on Twitter, where he tagged Mr. Musk and stated that the executive would love to share his thoughts on the affair as well.

It starts with Mr. Martinez sitting in what appears to be a restaurant with another individual and sharing his thoughts on Musk's attempt at taking over Twitter and changing the manner in which the platform controls the flow of information present on it. The clip shared on Twitter was shorter than the one shared by TPM, with the latter's recording including profanity and more comments about Musk and his beliefs about free speech. Martinez was led on by his friend and reassured the latter that Musk would face some tough questions from Twitter's board and executives.

It included controversial opinions about Martinez's beliefs about the public being able to decide their own beliefs, with the executive stating that:

People don’t know how to make a rational decision if you don’t put out -- correct things that are supposed to be out in the public, right?

He also shared cynicism about the true intentions of Twitter's board, its founder Jack Dorsey and Mr. Musk, stating that money-making was their primary goal. 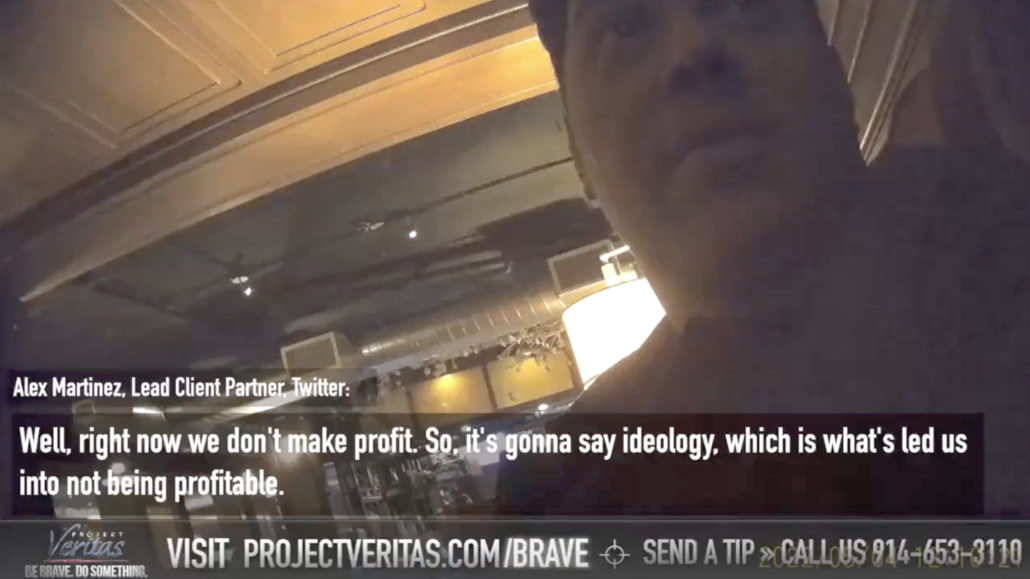 A screengrab of Mr. Martinez's conversation recorded by Project Veritas and shared by The Post Millenial.

When asked whether profit or ideology reigned supreme at Twitter, he replied:

Now I think it's about it, well, right now we don't make profit. So it's gonna say ideology, which is what's led us into not being profitable.

I have no doubt that there's more to what they tell us than what, than what they tell us. Like there probably is some more, tell me the real, like-like what you're asking. I have no doubt there is, but there's a statement they, [Twitter Board Members] need all 7,000 people to say. And so they can't like tell us like the real truth, like you get what I mean? Like that's what I'm saying. I think at the end of the day, what the real truth is that they can't ever really say is it's all about money.

That it's all about money and making all these money. Parag, Jack, the board members, everyone gets paid. Elon gets like tax benefits. Doesn't have to pay taxes forever. Everything. Like it's all like a money, sh*t, greed America. 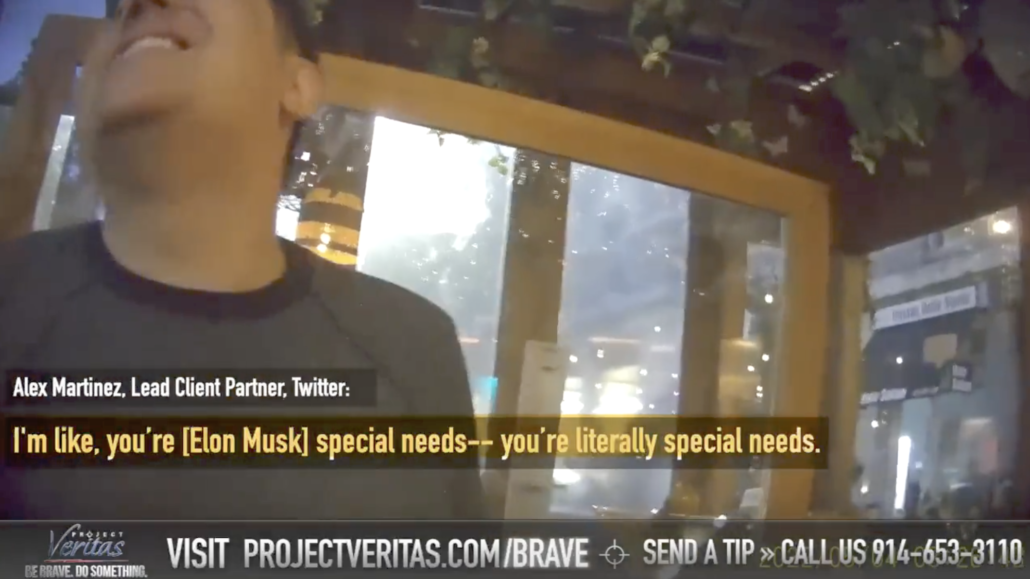 A screengrab of Mr. Martinez's conversation recorded by Project Veritas and shared by The Post Millenial.

Some of his choicest remarks were however reserved for Mr. Musk, whom he described as having special needs:

Elon Musk as a person is whatever. I don't. . .like he's a loony tune, he has Asperger's.

So he's special. We all know that. And that's fine. So here, no one's gonna say some f**cking crazy sh*t because he's special.

Cause again like. . . don't you also see his piece about "why can't we just all love each other?" Haven't you seen his other tweets where he's like, I'm like you're special needs -- you're literally special needs. Literally though, you really are. So I can't even take what you're saying seriously. Cause you're special.

The video ends with Martinez being grateful that he had avoided Project Veritas so far and that Twitter had warned its employees of being targeted by the group and instructed them to not disclose internal information to others.

Musk's response to the entire affair was brief where he simply pointed out that the Twitter executive was trashing and mocking free speech and people with Asperger's. The executive has shared his doubts about proceeding ahead with his takeover after Twitter's chief executive officer Mr. Parag Agarwal shared controversial details about the number of fake accounts on his platform.