Elite Dangerous Heading to Xbox One

The Xbox One will soon be getting a very nice console exclusive added to its lineup. Phil Spencer announced during GDC that Elite Dangerous is going to make the transition from the PC wonder space-sim that it is to an Xbox One exclusive. 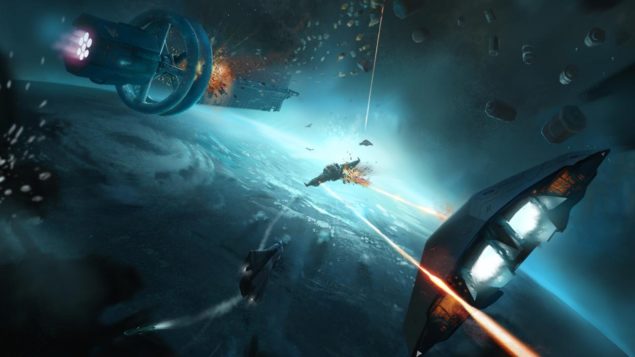 Elite Dangerous is coming exclusively to the Xbox One sometime in the near future.

No actual details surrounding the game and the transition it’ll have to make to the Xbox One, but Phil Spencer did indeed confirm during his keynote that Microsoft is working closely with Frontier Developments in order to bring the full experience of Elite Dangerous to the Xbox One. They say that all the content currently available on the PC up to the March update will also be available on the Xbox One. Does this mean that a release is relatively imminent?

Elite Dangerous is an incredibly massive game that has a lot of potential that could very well be limited by the console. The beauty lies in its complexity and the plethora of things you can accomplish. This also extends to the control mechanism. The keyboard, and a joystick, are almost essential. I’m curious as to how they’ll solve this problem with only the game pad.

That and what about the visuals? Clearly they can’t be nearly as good in order to make it playable. It's a vast universe that the Xbox One may or may not be up to the task of actually handling. But, it may still prove to be a worthy exclusive. It also might help to generate more interest for Xbox One.

Also, the question of cross play between PC, soon to be Mac and Xbox One players. Will such a multiplayer environment be possible in the future? Depending on what development sacrifices and changes they have to make, it may or may not. I would certainly hope for it personally, however.

Does anyone here happen to enjoy the newest addition to the Elite series of video games? Any experiences you'd like to share? It's a vast universe, for sure. Maybe we'll see each other out there, commanders.