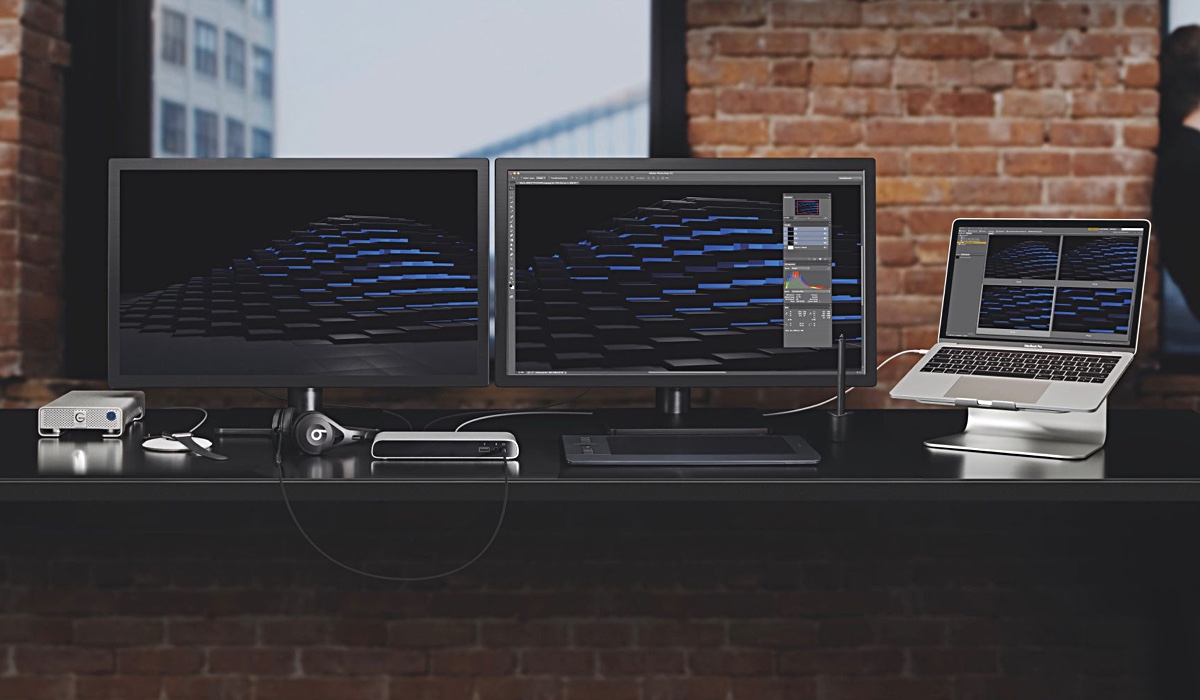 Elgato has just unveiled its new Thunderbolt 3 Dock for the 2016 MacBook Pro and it packs a handful of great features.

A sudden jump onto Thunderbolt 3 and USB-C is not going to happen overnight. So, as we transition into the future, we will be needing adapters and whatnot to interface our current devices with the new 2016 MacBook Pro. You can either take the one-dongle-at-a-time route, or go all-out with a full-blown dock in order to do that as well.

If you are interested in the latter, then Elgato might pique your interest with its new Thunderbolt 3 Dock. As the name implies already, it connects to the MacBook Pro using Thunderbolt 3. What you get with the dock is a set of ports that are sure to appease a lot of users out there. You get extra two Thunderbolt 3 ports that allow data transfers, fulfill your charging needs or even connect external displays.

You even get a dedicated DisplayPort with the dock with support for 4K displays. On the networking front, you'll end up getting a Gigabit Ethernet port too. Three USB 3.0 ports are also thrown into the mix for good measure. Things are topped off with a 3.5mm headphone output with amplified analog stereo as well as a 3.5mm microphone input.

While the dock packs in quite a bit of features, do keep in mind that it won't come cheap. Priced at $299, it's definitely aimed at the pros. You can pick it later this month from an Apple Store near you.

As time flies by, we will come across even more docks, similar to the one above. And I personally recommend getting one for your desktop setup as it will negate the need of hanging multiple dongles from your notebook. Besides, rather than burning money on multiple adapters, it's a good idea to get yourself an all-in-one solution that just works.

While Elgato's dock might look awesome at first, but it just might not be for everyone out there. For example, it doesn't have an SD card reader slot which many professionals love. If you want that particular I/O, then it's best to look elsewhere.