Elder Scrolls Online: Summerset Announced, Launching in Late May on PC and early June on Console

Once again, the rumors have come true. Elder Scrolls Online: Summerset is the second Chapter (expansion) of the Massively Multiplayer Online Role Playing Game, as announced today by ZeniMax Online. The first one, as you might recall, was Morrowind.

It will be available on May 21st for PC and Mac, while console gamers will have to wait a little longer as Elder Scrolls Online: Summerset will launch on June 5th for PlayStation 4 and Xbox One.

Alongside the new Summerset Isle zone, you can expect a continuation of the story, a brand new skill line based on the Psijic Order, a new endgame Trial, a brand new group challenge called Abyssal Geysers as well as the usual new dungeons and related loot. Also, players will now be able to craft jewelry items like necklaces and rings.

Below you can find the first in-game screenshots of Elder Scrolls Online: Summerset, the detailed feature set and the announcement CGI teaser trailer. Last but not least, there's a Free Play event for a limited time; it's live now on PC/Mac and PlayStation 4, while Xbox One will get it tomorrow.

Reunite with old allies as you enter the tumultuous world of High Elf culture and politics. By decree of Queen Ayrenn, Summerset is now open to outsiders, but that does not mean that all are welcome, and you'll encounter many different influential organizations and individuals during your adventures.

Few organizations in Tamriel are as secretive and mysterious as the Psijic Order. Now, they've returned to Nirn after centuries of self-imposed exile to investigate a crisis that threatens to unravel the future of Tamriel. Join this ancient society of mages, learn their ways, and gain incredible new abilities that allow you to bend time itself!

Summerset is home to ample beauty and wealth, but it is also a land of great danger and opportunity. All-new adventures and excitement await those who explore the home of the High Elves. 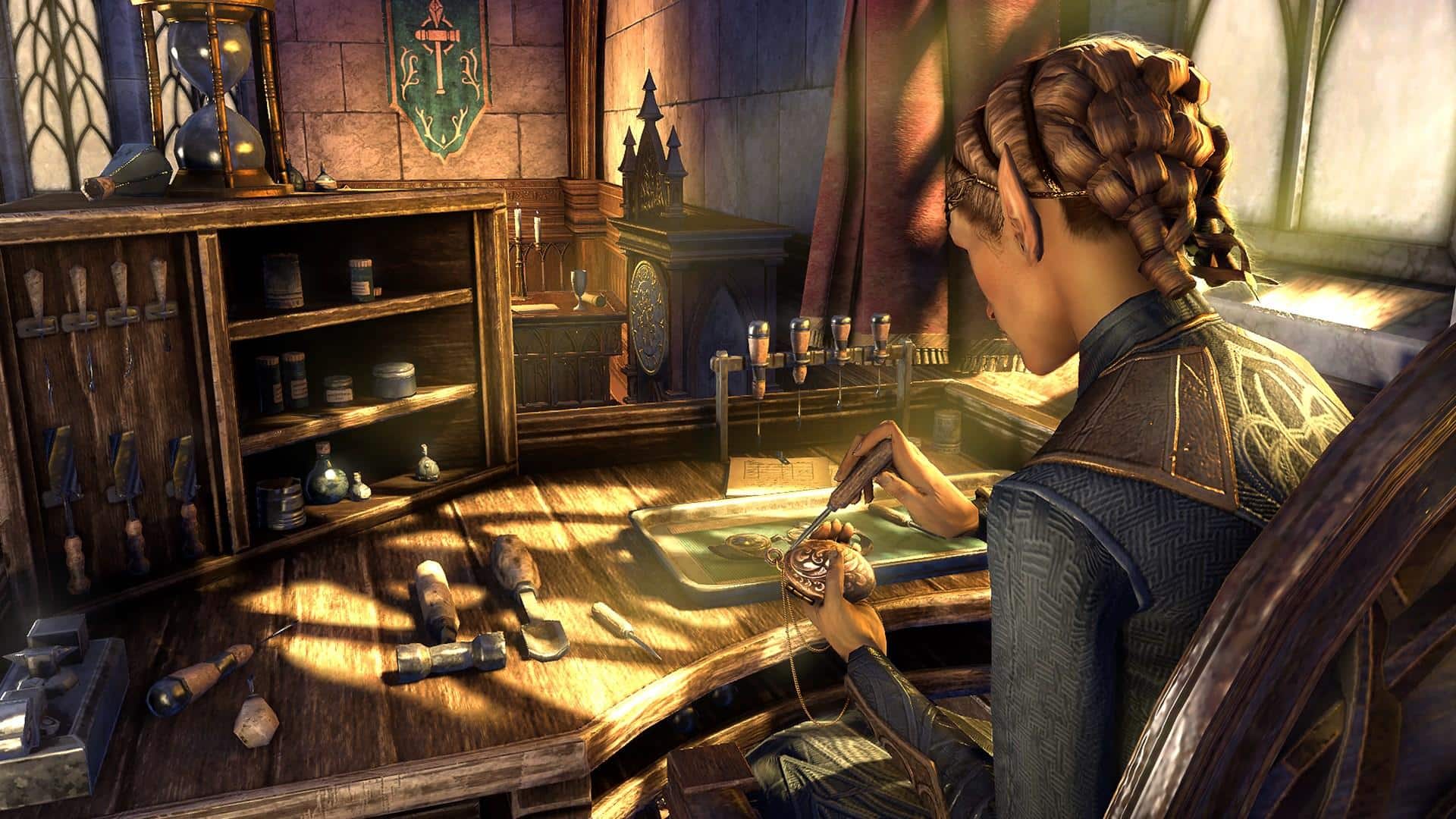 CRAFT YOUR OWN JEWELRY
Forge potent new gear with Jewelry Crafting and bolster your power with handmade rings and necklaces. Make sure you're always wearing your best—you'll need every advantage you can get. 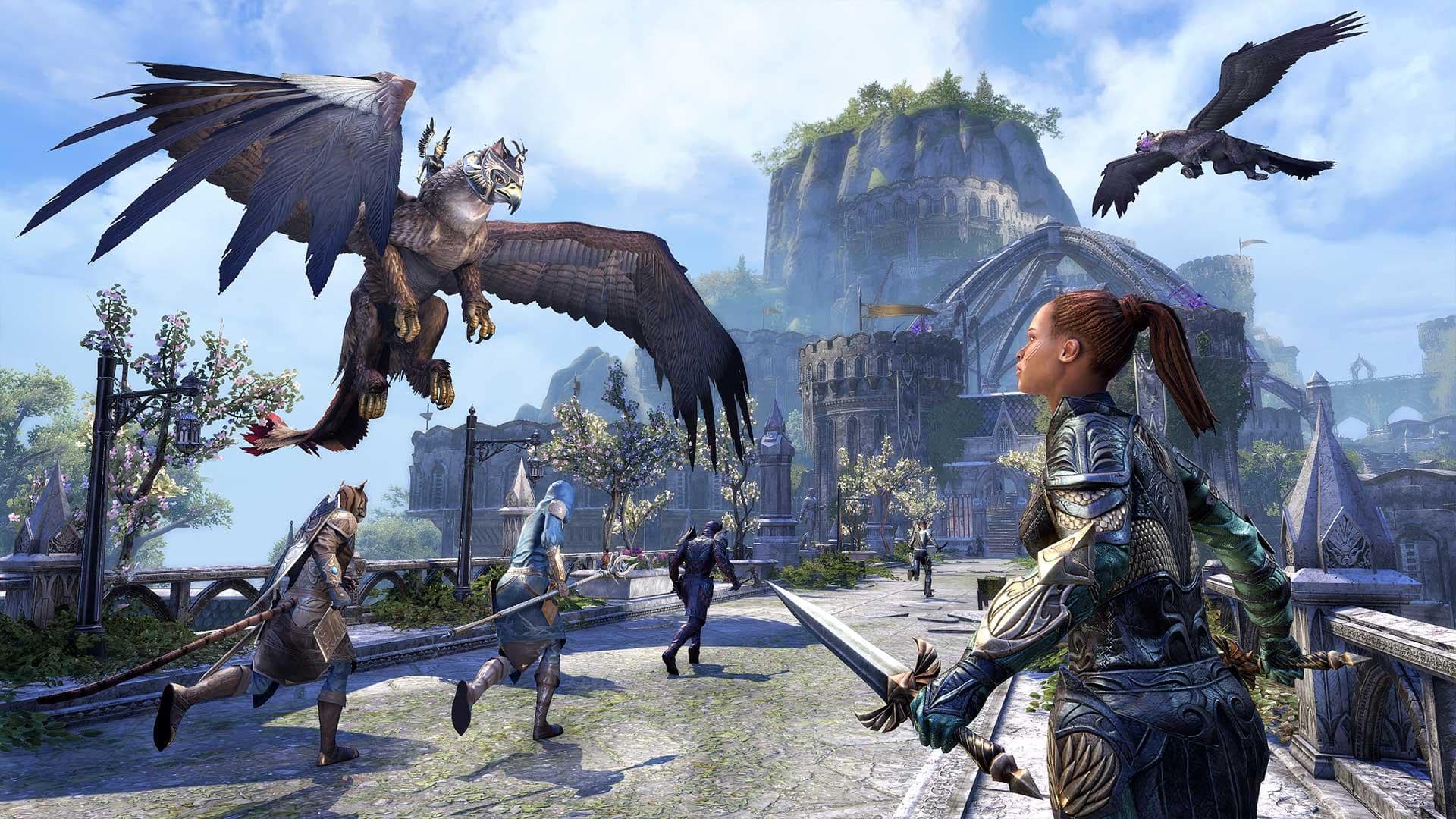 TAKE ON A NEW TRIAL
The Divine Prosecution has evacuated and barricaded the city of Cloudrest after an unforeseen catastrophe. Gather your strongest allies, take on this challenging new 12-player Trial, and face the Welkynar and their powerful gryphon companions. Keep both eyes on the skies! 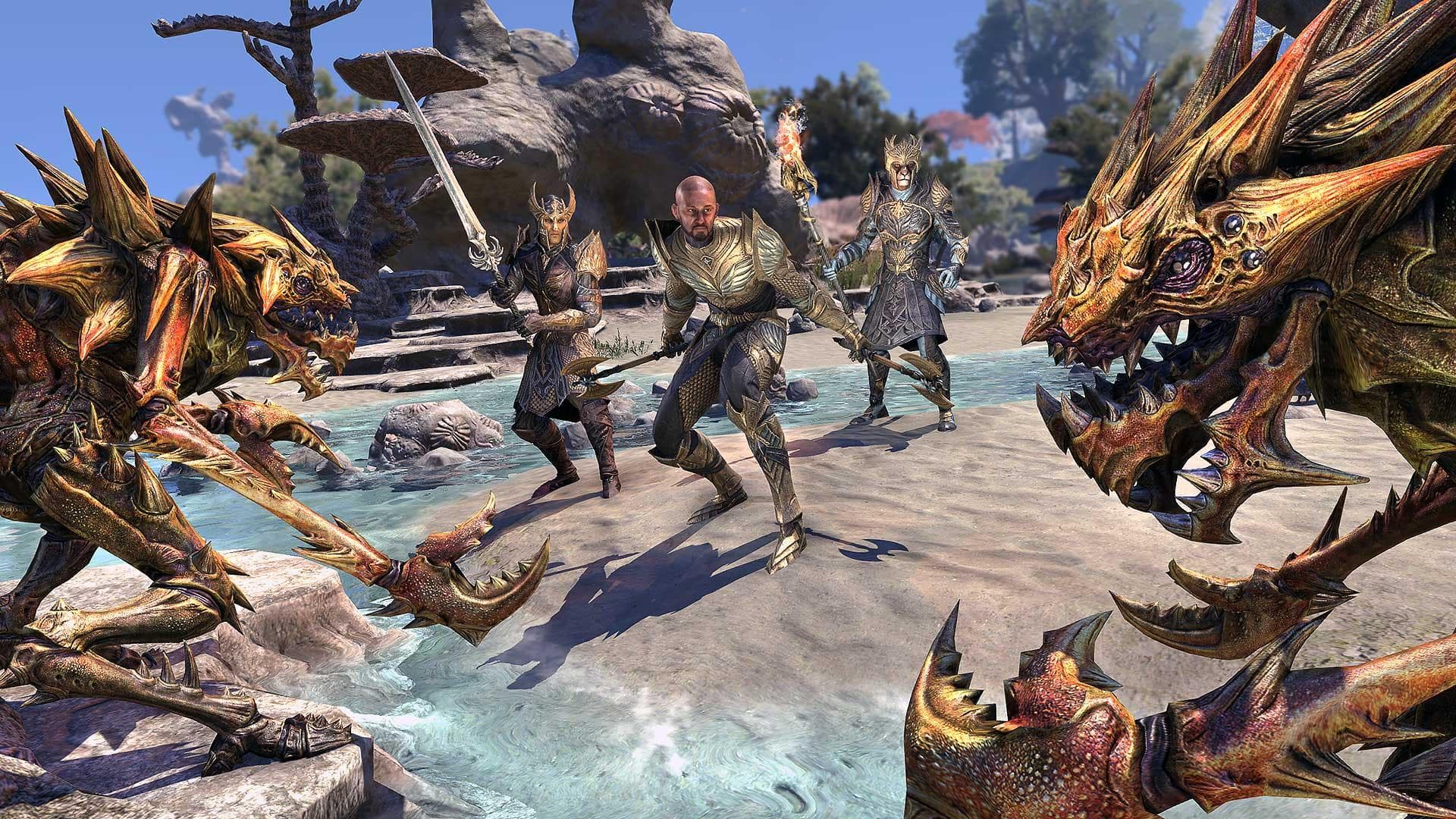 FACE NEW CHALLENGES
Experience a whole world of adventure on the island of Summerset with unique World bosses, Delves, Public Dungeons, and an all-new group challenge: Abyssal Geysers. Wherever you go, there's always a new adventure waiting for you and your allies.