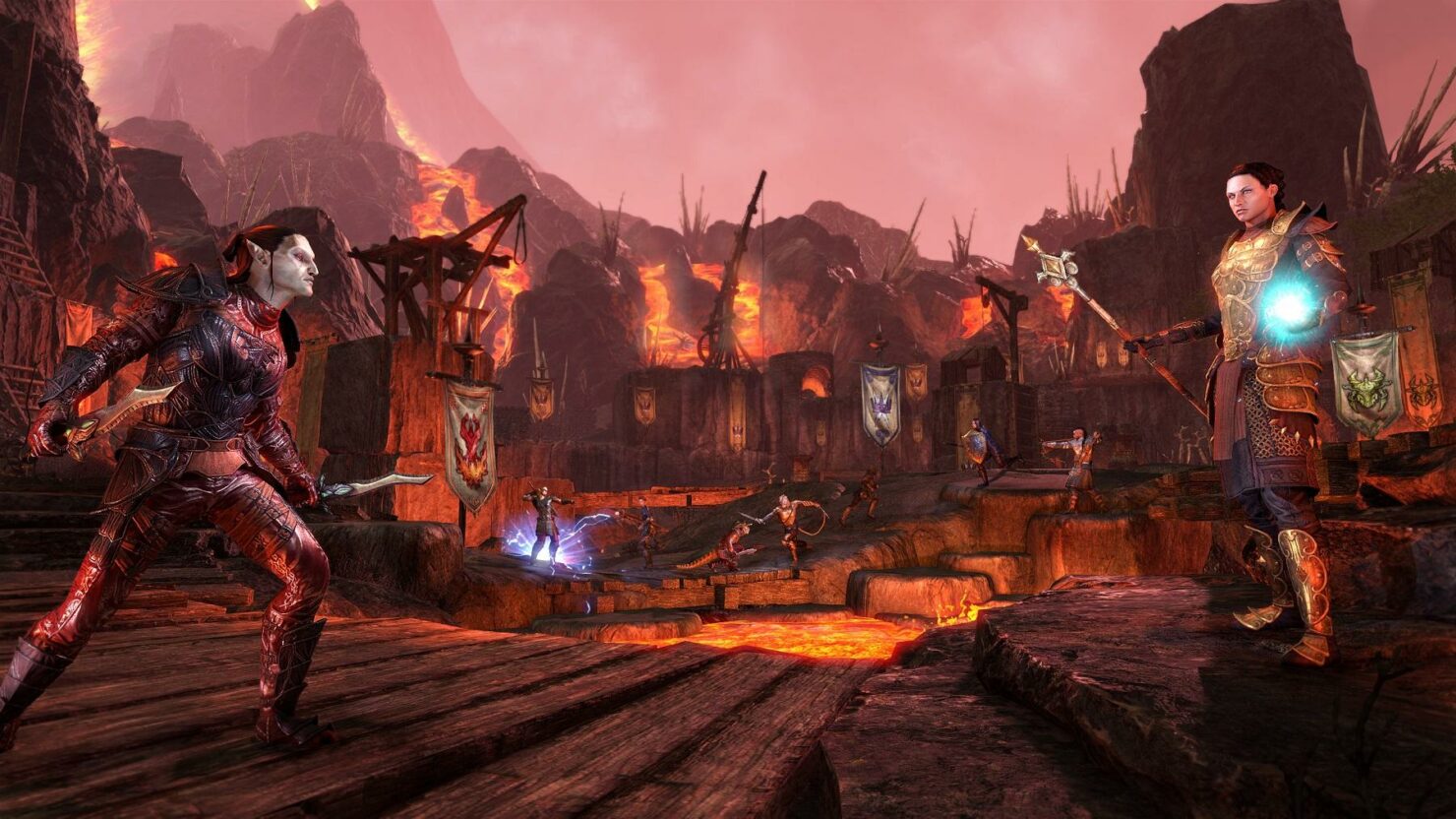 The Elder Scrolls Online Morrowind will be set 700 years after the events of The Elder Scrolls III: Morrowind, and it will take players to familiar locations as they try ot solve the mystery of the legendary warrior-poet Vivec.

The fate of Morrowind hangs in the balance and you must take up the mantle of a hero to help Vivec, the legendary warrior-poet and Guardian of Vvardenfell, save the world from a deadly Daedric threat. Set roughly 700 years before the events of The Elder Scrolls III: Morrowind, ESO's new Chapter takes you to familiar locations as you attempt to solve the mystery of Vivec's mysterious illness and restore his strength. Travel from the volcanic Ashlands to the mushroom-filled forests, and walk the streets of Vivec City, still under construction at this point in time.

In terms of new content, The Elder Scrolls Online Morrowind will include a new class and a new PvP mode, but it will also be the perfect way to enter the game's world, as it will include all of the original ESO content. Onwers of the game can simply upgrade their experience and jump into the new chapter when it launches.

And you may indeed want to give a new character a go, as Morrowind introduces the first new class since ESO launched. The new Warden class wields powerful nature-based magic and, true to the Elder Scrolls franchise, can be customized with a number of abilities to suit your playstyle. Explore the island of Vvardenfell and charge headfirst into battle knowing your Warden's ferocious War Bear always has your back.

Morrowind also introduces a new Trial and PvP mode for you to check out. Enter the Telvanni tower of Tel Fyr with your strongest allies to battle your way through the Halls of Fabrication, and explore a part of the Clockwork City in a challenging new 12-player Trial. Or, you can head to the Ashlands to take on fellow players in exciting 4v4v4 battles in arena-like environments. These highly competitive fast-paced matches will feature your choice in a variety of game types across three different maps.

The Elder Scrolls Online Morrowind launches on June 6th on PC, PlayStation 4 and Xbox One.