The poor Elder Scrolls Online launch hasn't deterred Bethesda from making lemonade out of lemons. They've released a list of all the issues compiled from the forums and even have a few temporary fixes while a patch is in the works for a more permanent solution. 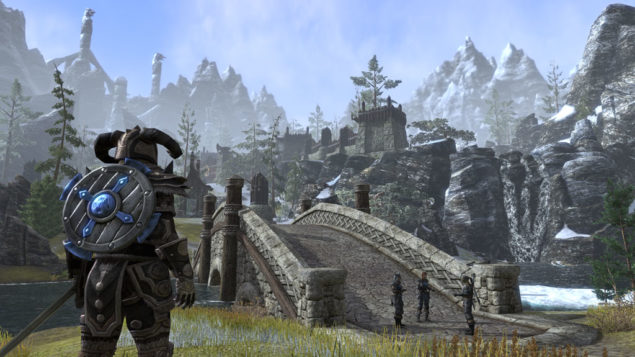 A long list of the issues in Elder Scrolls Online has been compiled, citing some very interesting temporary fixes. Mind. Blown.

The release of The Elder Scrolls Online on the PS4 and Xbox One didn't exactly go as smoothly as planned. In fact it was a downright flop as far as launches go. The servers were overwhelmed and there were plenty of other bugs and issues present for those few that could actually get into the game. So perhaps the task is so great that instead they're trying to reconstitute lemons out of lemonade instead.

Regardless, they're hard at work with a proper fix and they're listening to all your feedback to try to track down all of the bugs to squash them permanently. While it hasn't exactly had the best reception, Bethesda is still impressing with their commitment to bring new content to Tamriel, enticing both new and older players back to the world.

And of course, the list of issues in The Elder Scrolls Online so far, compiled by the good folks at Bethesda.

• Other player characters will occasionally appear as black silhouettes while either fighting in large battles in Cyrodiil, or when jumping repeatedly within two wayshrines.

• Attempting to destroy an item and simultaneously clicking the Back option will result in loss of Y-axis functionality. Relogging will fix this issue.
• Holding the D-Pad in any direction during a loading screen will occasionally prevent you from moving your camera. Pressing the D-Pad again after loading will resolve this issue.
• You may encounter some invisible NPCs during your play. This will be fixed in our next incremental patch, but in the meantime, completely closing the game and/or rebooting your system should make them appear.

• You may encounter loading times up to two minutes when reviving at the wayshrine in Razak’s Wheel.
• Although rare, you may become stuck in place when interacting with the symbol of Arkay while on the Blood Matron quest. Relogging will fix this issue.

• Character names are currently displayed on all leaderboards instead of the appropriate PSN Online ID or Xbox Live gamertag.
• A UI error will occasionally be displayed when attempting to view the Guild History window.
• Pressing Select on the character selection screen will sometimes cause a UI error. This only affects those that have an Imperial Edition of the game.
• If you attempt to delete a character then cancel the delete, you will lose the ability to zoom or rotate your character at the Select Character and Character Creation screens. Relogging will fix this issue.
• If you ignore another player who is not online at that moment, or try to remove them from ignore while they’re not online, the action may not immediately occur. Simply viewing your ignore list will fix this issue.
• If you ignore another player who is on your friends list, they may become unignored the next time they log in. This is a rare case, and relogging will fix this issue.

• You may run into issues getting on your mount while in Remote Play. As a temporary workaround, quickly tap the Vita screen 5 times.
• The icon for new mail will still be displayed if you have chat or message restriction turned on. You will not actually receive mail; this is just a UI error.

•You cannot currently view the option to purchase an ESO Plus membership through the Xbox Marketplace. It can still be purchased by visiting the Crown Store in-game and pressing the right analog stick. You can read more details about this here.