The Elder Scrolls Online Gets Dark Brotherhood DLC on PC/Mac; Due June 14 on Consoles 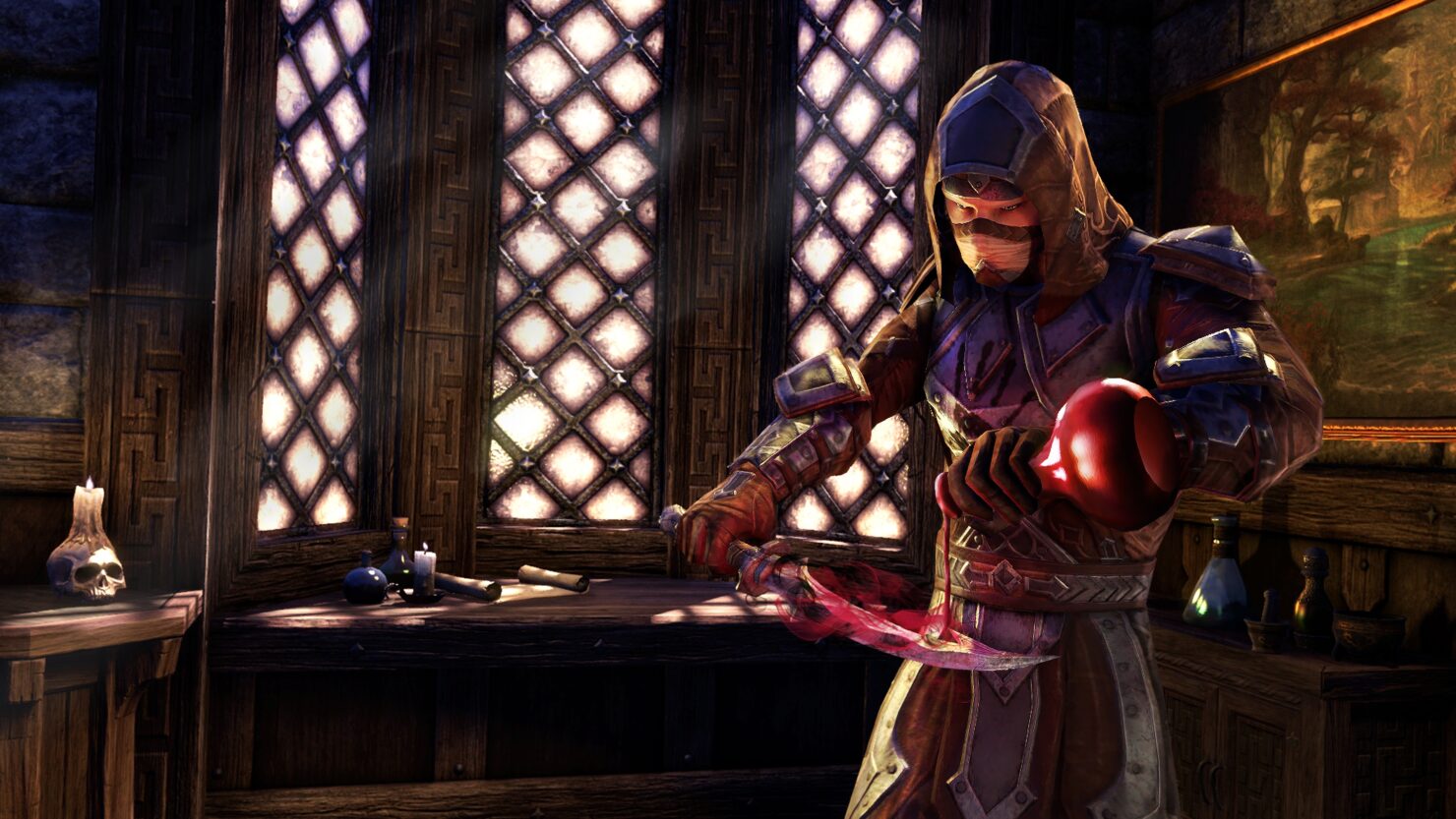 Zenimax Online continues to update The Elder Scrolls Online with the meticulous cadence of one new DLC pack every three months.

The DLC, which adds new Dark Brotherhood themed content, is also accompanied by a free update which sports many features such as the long awaited removal of Veteran Ranks and more:

Check out the dedicated Dark Brotherhood DLC screenshots and trailer below. In case you're interested in the full Patch Notes, you may find them here.

With the return of the Dark Brotherhood, no one in Tamriel is safe. The latest DLC game pack for the award-winning invites players to join the infamous guild of assassins and return to the Gold Coast, a zone not seen since TES:IV Oblivion. In Dark Brotherhood, players will become the deadliest assassin in Tamriel with a new and exclusive passive skill-line; defend the Brotherhood against a mysterious foe through hours of new story content; prove their skills for homicide in new, repeatable assassination quests; and much more.

A Covenant of Blood and Shadows

Join the merciless Dark Brotherhood of the Gold Coast, prowling in the shadows cast by the two great powers of the region. Though at the height of their power, the Dark Brotherhood faces a grave threat in the form of a mysterious black-armored warrior capable of bringing down their best agents. Venture forth for another exciting chapter of The Elder Scrolls Online as you carve a bloody swath across Tamriel in the name of the Dark Brotherhood!

The westernmost region of Cyrodiil, the Gold Coast, was last seen by Elder Scrolls players in The Elder Scrolls IV: Oblivion. Come explore the cities of Anvil and Kvatch during the Interregnum, when the region is awash in intrigue and deadly conspiracies!

Sometimes the best way to deal with a troublesome person is permanent removal. As a Dark Brotherhood assassin, you'll be tasked to fill that need. From simple assassination contracts to killing sprees on the blood-soaked streets of Tamriel’s sprawling cities, carve your path into the good graces of the Dark Brotherhood. The truly skilled may engage in special missions at the behest of their dark masters and fulfill a Black Sacrament, slaying a victim named by the Night Mother herself.

This all-new skill line relates to murdering citizens and allowing the Shadows of Sithis to protect you from suffering consequences. Because those deaths were sanctioned by Sithis, you are the hand of the Void; you are the embodiment of death itself. The rules of Justice are for those bound by Nirn, not those who are directed by the ideals of Sithis.