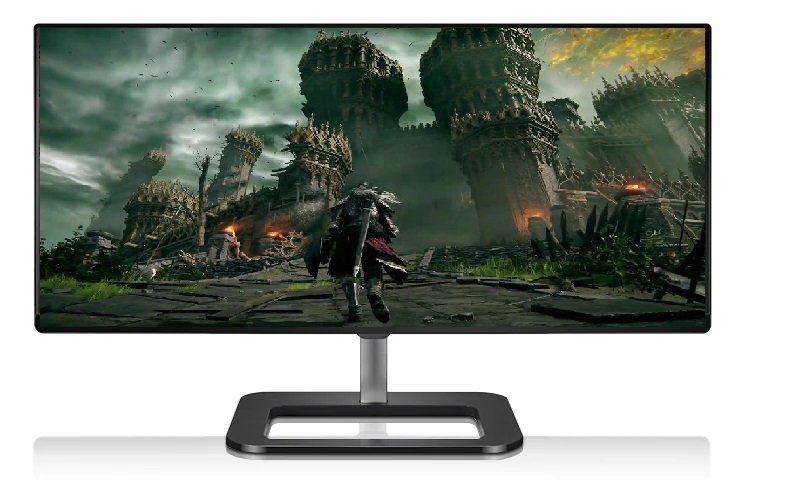 Want to play Elden Ring on your uptra widescreen display? Well, there's now a simple tool that allows you to.

“Flawless Widescreen was created in an effort to make it easier to craft fixes and patches to get games functioning correctly in UltraWide/Surround/Eyefinity gaming resolutions, often developers neglect these types of users leaving them to fend for themselves and find their own solutions, or in some unfortunate cases - live without the wonderful world of ultra-wide support", the description of this handy tool reads.

“With simplicity in mind, designed to be as simple as possible to use - simply select a supported game from the list, configure any basic desired configurable options and launch your game.”

It should be noted that we advise you to only use this tool while playing Elden Ring offline. Using it online might get you banned.

Those interested can download the tool from here. In case you're interested in modding Elden Ring, be sure to check out the FPS unlocker that we covered earlier today.

Still in doubt on whether you should get FromSoftware's latest title? Read our review so we can convince you to get this game as soon as possible.

Understanding the story of Elden Ring to its full extent will take plenty of time, that's for sure, as George R.R. Martin and From Software have created an extremely rich world that is filled with mystery, and piecing everything together is part of the charm of the experience. Many of the elements found in the game help players understand more of this world, from enemy placement/behavior and items to dialogues with NPCs and so on. Almost everything in Elden Ring tells a part of the story: there are some enemies in a specific area that seem to be worshipping something, and solving a puzzle in the area will reveal what these people are worshipping so reverently and protecting so fiercely; other times, you will find groups of enemies fighting against one another, revealing the hostility between different factions; moreover, you will see powerful creatures that have been seemingly enslaved by others much weaker than them. Players may read wrongly into these elements, but that is the nature of old, almost forgotten legends.