EK Waterblocks are the renowned manufacturer of water cooling products and today, they are introducing their latest EK-FC980 GTX waterblock to cool NVIDIA's latest Maxwell based GeForce GTX 980 graphics card. NVIDIA's latest Maxwell architecture runs at incredibly lower temperatures and consumes half the wattage of previous generation cards but the lower TDP of 165W means that users will be able to obtain some really high clock speeds as indicated by the first overclocking results set by KingPin which we will have an article on, very soon. 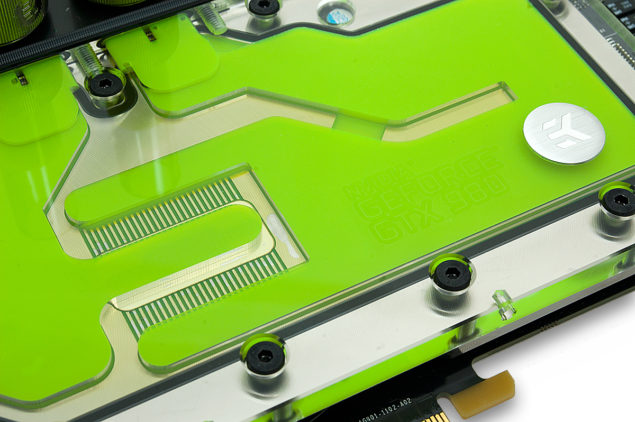 EK-FC980 GTX directly cools the GPU, RAM as well as VRM (voltage regulation module) as water flows directly over these critical areas thus allowing the graphics card and it's VRM to remain stable under high overclocks.

"This new cooling engine allows us to increase thermal performance of the cooler by as much as 3°C compared to our previous design", said Niko Tivadar, Project Manager at EK Water Blocks. "Achieved without sacrificing the slim, single-slot form factor design that has been our trademark throughout the years."

Base is made of electrolytic copper (bare- or nickel-plated, depending on the variant) while the top is made of either acrylic- or POM Acetal material. Plexi variants also features two pre-drilled slots for 3mm LED diodes. Screw-in brass standoffs are pre-installed and allow for safe, painless installation procedure which allows for re-use of the original NVIDIA® backplate.

These water blocks are made in Slovenia, Europe and are readily available for pre-order through EK Webshop as well as Partner Reseller Network, together with two variants of aesthetic retention backplate, which is again available in Nickel: 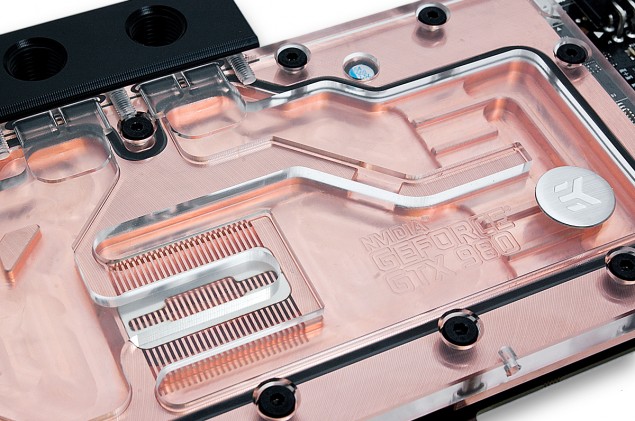