At Paris Games Week, I've had the chance to meet with Jérémy ZELER-MAURY, CEO & Managing Director of Midgar Studio. 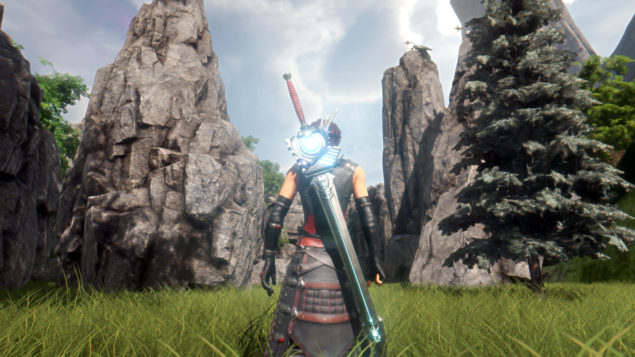 The indie French developer recently became popular on Kickstarter, where it successfully funded the open world parkour game Hover: Revolt of Games (now available on Steam Early Access, with very positive user reviews so far) and the JRPG Edge of Eternity. I've talked with him about both games at length, however he confided to me that he's worried about the Xbox One version of Edge of Eternity.

The game is much more demanding than Hover, in fact, and it's also one of the best looking projects made with Unity; Jeremy explained that it's because he has a lot of experience with the engine, going back ten years.

Actually, Edge of Eternity is running at FullHD on PlayStation 4 but only at 720P on Xbox One. I have a huge problem for running the game on Xbox One, but the PlayStation 4 version is really okay, at 30FPS (both versions).

I asked if there was any chance to bump the resolution on Xbox One to 900P at least, but he really couldn't say for sure:

I really don't know. I'm really dependent on Unity for things like that, because I already optimized the game as much as I could. My artists, I put enormous pressure on them to push the limits of the engine, I've been working with Unity for 10 years, like you said it's one of the best looking games on Unity. The only part that's not optimized is the trees, they look really well with SpeedTree but the implementation of SpeedTree in Unity is really bad actually. If you removed the trees it would actually run extremely well even on a poor computer; we have a good relationship with Unity, so I'm pretty confident it will be solved in the future but I cannot say when it will happen.

Then I inquired about the nature of the problem on Xbox One, wondering if it was about the ESRAM, but it's actually about the GPU:

It's the GPU. The graphics card is really a problem; more than that, the game runs at 720P but the map of the game is not complete yet. I think PlayStation 4 version will be okay, but I'm worried about the performance of the Xbox One version; I really hope Unity will make choices to change that, because it would be really sad to make changes like dropping details, I would be really sad in terms of creativity!

The console versions of Edge of Eternity might come at a later time, since the team is still negotiating publishing deals. As for the PC version, Jeremy confirmed that they are using HBAO+ (the console versions will have a custom implementation of HBAO which will not be as pretty, but close) and they want to support DirectX 12 as soon as Unity, Popcorn FX and trueSKY will be compatible with it.

FSR Will Be Available in All Versions of Edge of Eternity, It’s a Must for Consoles, Says Dev