Apparently, the only game right now that every PlayStation 4 gamer wants badly is The Last of Us Remastered. The game is only about a week away from its launch and the hype train is moving with full speed ahead. Promising true next-gen visuals and graphical enhancements all running at bright native 1080p resolution and 60 frames per second, the upcoming exclusive is a must-buy for those who never played the original game on the PlayStation 3 console, and while hundreds of thousands are waiting to get their hands on the game as soon as it hits the deck, some players are already enjoying it on their latest PlayStation 4 consoles. 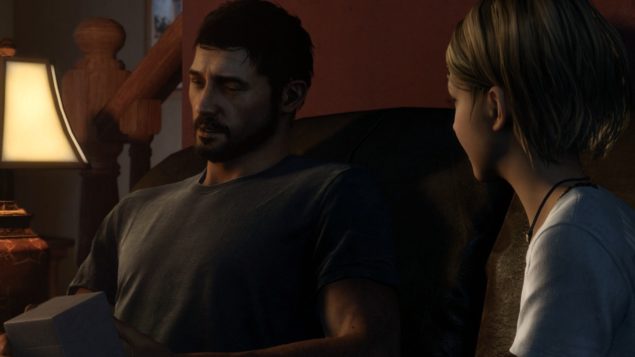 PlayStation 3's exclusive all-time hit action-adventure survival master piece rebuilt with next-gen hardware technology, The Last of Us Remastered, is apparently the most praised PlayStation 4 exclusive video game title. Naughty Dog, the developer of the game, has raised the expectations of the fans to the top level in previous months, and now everyone wants to grab this visually stunning work of art as soon as it is available for purchase. However, it looks like a few fellows have already acquired the game and now they are sharing in-game media content.

One of the players who apparently have The Last of Us Remastered in possession is a Twitch user called Jgdogg. He somehow managed to buy two copies of the game out of five that were up for sale at Walmart. Recently, he started livestreaming the game on Twitch, and according to him, he has noticed “no frame rate drops." Calling the game “fuc*ing gorgeous,” and “absolutely crazy how good this looks,” Jgdogg has also mentioned that the game, in visuals, is “pretty damn comparable" to Tomb Raider running on ultra setting on PC, as he himself has played it.

The Twitch livestream has ended but it has not been banned by Sony (at the time of posting). It looks like Jgodgg will keep livestreaming on and off for a while until Sony decides to take it down. The first livestream included some important and interesting bits from The Last of Us Remastered and the Left Behind DLC, and don't worry if you missed it, thanks to DualShockers, we have everything written down in text.

DualShockers was also kind enough to capture 47 screenshots of the livestream showing in-game scenes of The Last of Us Remastered and the Left Behind DLC. Remember, these screencaps are highly compressed, so they, in no way, can be used to determine the visual quality of the game. Take it as a sneak peak and enjoy the screencaps below.

Once again, thanks to the livestream, we have some screenshots showing the in-game settings menus of The Last of Us Remastered. The newly added advanced audio settings, the 30 frames per second lock and more options are visible in the screenshots below.