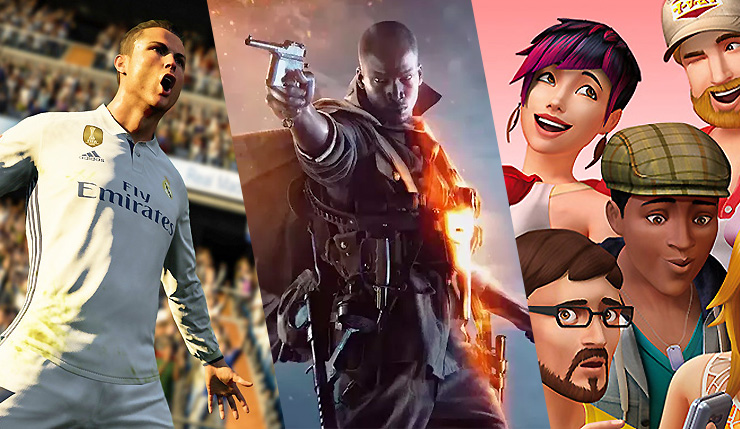 Electronic Arts (NASDAQ:EA) have released their Q4 results for the fiscal year ending March 31, and it seems the company has bounced back nicely from last quarter, when they posted a $186 million loss due to weak Star Wars Battlefront II sales and a hefty one-time tax charge. In Q4 they raked in $1.58 billion in revenue and $607 million in net income, pushing earnings per share to $1.95, well above analyst forecasts of $1.83. For the full year, EA reported revenue of $5.15 billion (up from $4.85 billion in FY 2017) and net revenue of $1.04 billion (up from $967 million in 2017), making FY 2018 the publisher's biggest ever.

EA’s FY 2018 success was built on three reliable pillars – EA Sports and Ultimate Team, Battlefield, and The Sims. Across PC and current-gen consoles, EA Sports titles have over 90 million active players, The Sims franchise has 80 million players, and Battlefield boasts 54 million. With those established fanbases firmly in place, EA can absorb the occasional disappointment like Star Wars Battlefront II.

Despite some backlash to EA’s monetization methods last year, the publisher's support for live services remains unwavering. Live services, mainly driven by EA Sports’ Ultimate Team modes, brought in $2.2 billion in FY 2018. Overall, digital sales made up a bigger piece of the company's pie chart than ever in FY 2018, accounting for 67 percent ($3.45 billion) of the publisher’s total revenue. 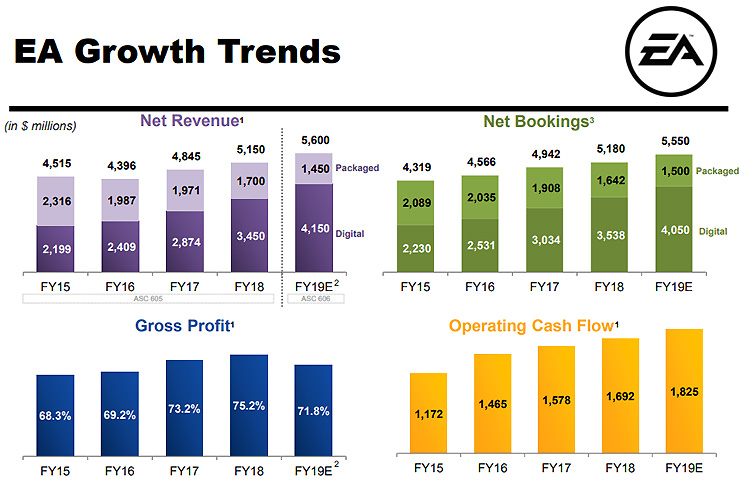 A Subscription to Success

Looking ahead, EA is forecasting revenue of $5.6 billion and net income of $1.11 billion for FY 2019. This almost 10 percent growth in business will be driven by the usual slate of sports titles, the next Battlefield game, and BioWare’s new live-services-heavy online title Anthem, which EA is aiming to launch in the fourth quarter of FY 2019.

Casting our gaze further down the road, EA CEO Andrew Wilson had some interesting things to say about the future of his company's business and the gaming industry in general, specifically about the burgeoning subscription service business model…

“Our ideal is to capture engagement and offer access through any business model on any device for all of our players in a growing global community, what we're seeing is a real move toward subscription as the best way to access content and the most frictionless way to access content, and a way to build a relationship with a platform play who offers that collection of content wrapped in services. […] [Subscription] will become a far more meaningful part of our business and maybe even the majority of our business in the years to come.”

“Our subscription strategy will be evolving quickly. I think that's this year and next year, you'll start to see new things in that subscription program, be it new third-party titles or, potentially, at some point, frontline titles. But clearly, we'll continue to push that. We believe the platform can do all those things. We also want to add more social layers into the platform and more tools, and you'll continue to see that evolution going on as well through the Origin platform. So, more to come. We're pretty excited.”

There are a few potential bumps ahead – upstarts like Fortnite could bite into Battlefield's popularity, and Anthem is far from a guaranteed prospect, but, broad picture, EA’s subscription-driven future looks bright. EA has the art of making money locked down.