Electronic Arts is conducting their Investor Day and many key executives spoke on a number of subjects during a conference call.

One of the main highlights of the presentation was certainly the EA Player Network. As you can see in the figure below, this is a key element of EA's growth strategy, perhaps the single most important. 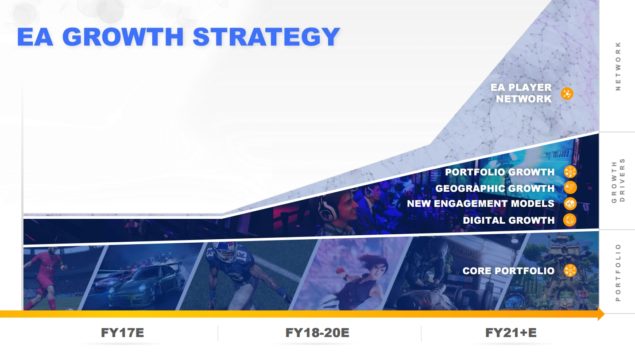 This should allow players to connect to their EA games and to their friends independently of the platform they're on. Apparently, this will also allow saves (via cloud, obviously) to be kept across platforms. According to EA, the more players are connected and the more they're likely to stay engaged with the games.

This is certainly a huge proposition and one that will probably revealed in more details during Electronic Arts' E3 2016 press conference. 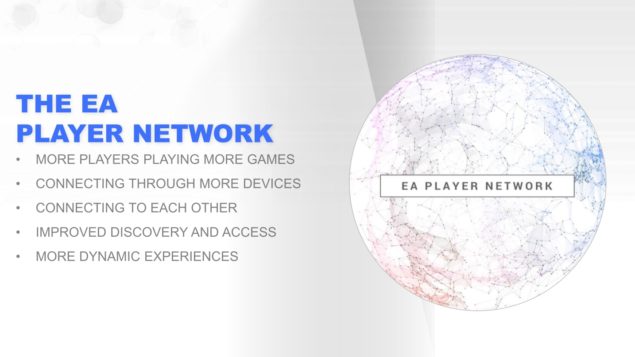 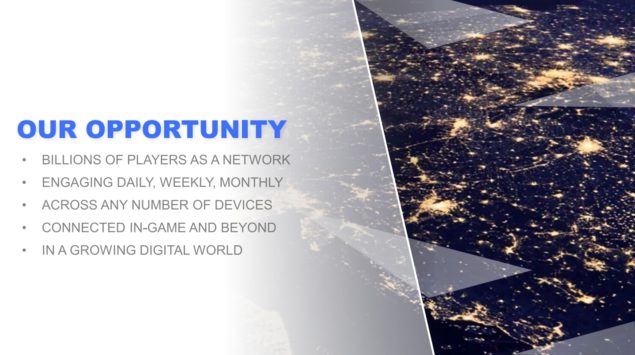 Other highlights from the Investor Day are that Coldwood Interactive, the makers of Unravel, are now working on a new project. It was also announced that even more EA games will be moving to Frostbite engine, since the widespread adoption of DICE's engine within the company cut down development time.

The EA Labs team is also busy on researching new technologies such as VR and even Deep Learning, which could find an application for gaming by delivering procedural content. Expect to find out a lot more about EA's future plans in less than a month, at E3 2016.